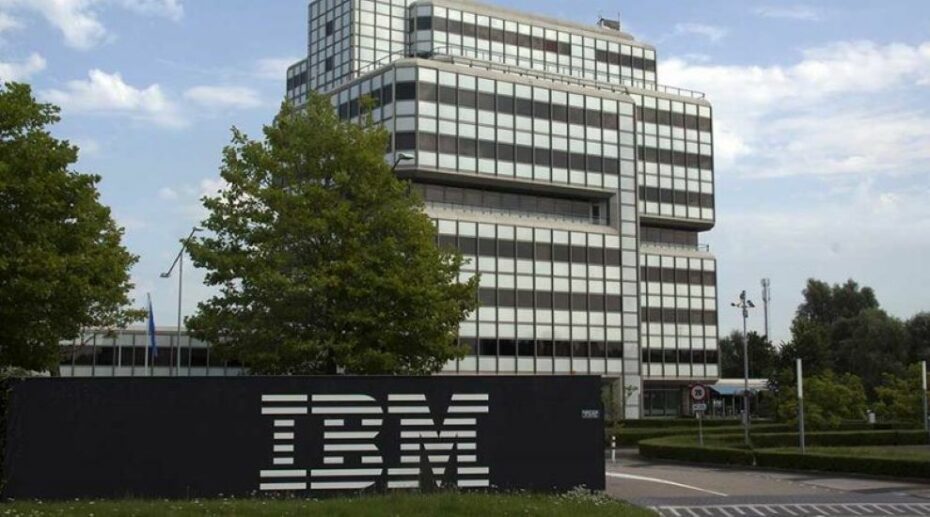 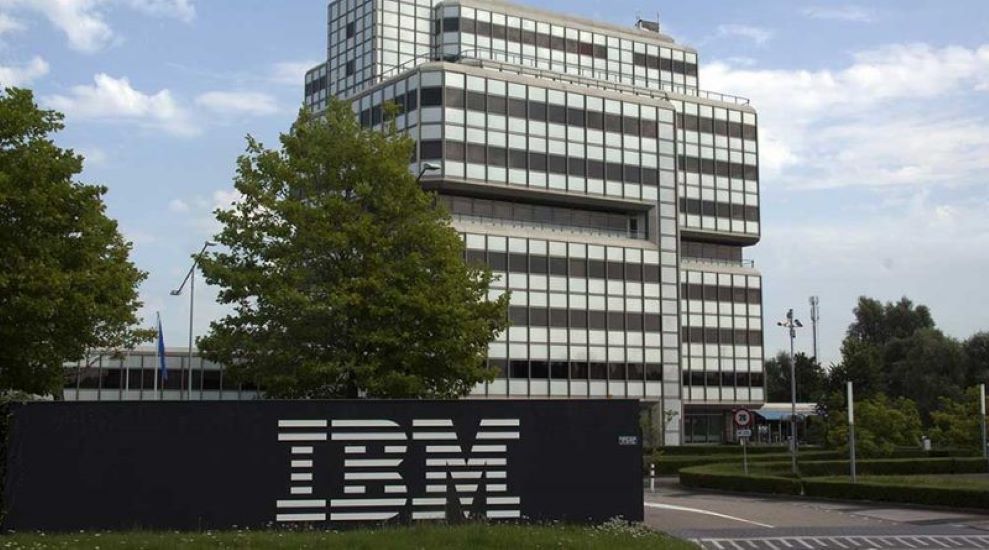 The News: IBM today reported Q4 earnings and full year 2021 results and shares jumped more than 6% in extended trading on Monday after the software and services company said revenue climbed 6% (8.6% at constant currency) in the fourth quarter. The company showed revenue of $16.7 billion and earnings of $3.35 per share, adjusted. Read the full results on CNBC.

Analyst Take: With the general tech sector in the midst of a three-month sell off and the market in desperate need of a good news story, IBM is leading off a big week of earnings announcements with its Q4 earnings. Even the most ardent fans of IBM would have been hard pressed to have predicted such a stark reversal of the trends observed over the last couple of years. CEO Arvind Krishna has been regularly beating the drum that IBM is focused and leaner and centered around Hybrid Cloud and AI, and the earnings reported today show the company has been walking the walk to deliver on a much-needed leaner and more focused strategy.

IBM spun out its Global Technology Services business into a separate entity called Kyndryl ($KD) in November of 2021 and charges related to the spin-off dominated IBM’s earnings call. A clear, longer-term picture of where the IBM is heading performance wise post-Kyndryl spin-off is still relatively hard to discern given one-time charges and spin-off related expenses. That aside, the headline 6% growth (8.6% at constant currency) is a good news story, and one the somewhat on edge tech sector is sorely in need of at the moment.

The spin-off of GTS services business focused on infrastructure service delivery was the latest in a series of IBM divestitures including PCs, retail store systems, and Lotus to try and get the company right sized and more focused. While these divestitures are good for jettisoning non-core assets, they don’t however show growth in what remains. While I don’t want to get carried away and say IBM has turned the corner when it comes to growth, 6% growth has not been the norm for a long time.

A quick unit by unit rundown of the business indicated a solid performance in the company’s Software business (formerly Cloud & Cognitive software) which amongst the four business sectors IBM now reports is perhaps the most vital. Software revenue up 8 percent, (up 10 percent at constant currency) is vital for the health of IBM.

The market may see 19 percent growth as somewhat modest with the comparables being AWS and Azure averaging 30 and 50 percent respectively over the past several quarters, but I tend to see the results here as a significant win. IBM is now more focused and has done extremely well with a number of vertical cloud offerings focused on regulated industries like financial services. I believe this focus will continue to pay off for IBM long term, and its success in this niche will be a key metric for investors, analysts, and others tracking IBM to watch.

One key data point that came out from the IBM earnings was that the spun off Kyndryl business is a huge customer for IBM and now that the sales to the services business can be counted as external revenue rather than an inter-company transfer this was more visible. Kyndryl will most likely continue to track toward being a $19 billion annual turnover business when it announces results next month. Almost 4% of IBM constant currency growth can be attributed to Kyndryl spend and IBM has agreed to show this number for the 12 months following the spin-off. The positive impact of Kyndryl as a client further validates the decision to spin-off the business.

The Systems business is dominated by the Mainframe franchise and when that product is late in its lifecycle IBM normally struggles to deliver topline growth. Given that the z15 was launched in September of 2019 and is now in its 10th quarter in the market, the Systems numbers should be struggling at this point in the cycle. However, IBM Systems posted growth of 2% at constant currency and the Kyndryl spend accounted for 5% of the growth in the quarter. Kyndryl is the world’s largest consumer of mainframe technology and many Kyndryl clients outsourcing relationships have mainframe as a core component. With IBM tight lipped around the exact date of launch for the next mainframe platform, but all guesses pointing at next quarter, this latest set of IBM Systems numbers is as bad as its going to get for at least the next 12 months.

IBM acquired Red Hat in 2019 for a blockbuster $34 billion. If IBM is to continue its encouraging early signs of growth in 2022 and beyond, the Red Hat business needs to be showing solid growth. At constant currency, the Red Hat business grew by 21% which is in line with where I would expect given Red Hat’s exposure to secular industry trends such as hybrid cloud, automation and edge computing. With a $34 billion acquisition cost, Red Hat represented a big bet for IBM and it is encouraging to see IBM continuing to pay down debt. IBM paid down $10 billion of corporate debt in Q4 and has paid down $21 billion of the corporate debt that the company took on to finance the $34 billion acquisition. If IBM is to be seen as a strong value play with a solid dividend play, debt is a key part of the value equation. I will continue to track this key metric as it highlights the core health of IBM’s balance sheet.

Late last week IBM announced plans to sell IBM announced plans to sell core assets from Watson Health portfolio to Francisco Partners. Watson Health was a moonshot project for former IBM CEO Ginni Rommetty and the company is reported to have invested $4 billion in its plans to transform how AI is used in healthcare with the likes of Johns Hopkins in the oncology space. The announcement last week around the intention to divest these core assets to Francisco Partners must be viewed pragmatically. When a company declares a focus on driving revenue through a clear strategy, it must also be equally clear about what it is not going to do. IBM’s ruthlessness in divesting non-core assets is to be applauded, but it is also likely shareholders will be less than ecstatic about the huge investment in Watson Health and the scant return. To my way of thinking, the bright spot here is that IBM has made a bold move to execute to its long-term strategic commitments and remove assets that are unlikely to provide significant returns.

Mid-single digit growth is not what high growth companies would settle for, but for IBM this is exactly where the company predicted (or hoped for) when it laid out its plans ahead of the Kyndryl spin-off at its Investor Day in October 2021. This puts IBM squarely where it needs to be when it compares itself against other industry peers such as Cisco, HPE, and Dell Technologies.

IBM’s strategy is clear: the company is laser focused on Hybrid Cloud and AI. With the company now post the Kyndryl spin-off and focused on making accretive and tuck-in acquisitions to augment the Cloud and AI portfolio, I believe we can expect even more clarity of focus. Krishna was questioned during the investor call on whether we can expect any further significant divestitures, and he responded that the Watson Health divestiture will be the last. Combined with a cleaner four segment focus and simplified reporting, the ability to get underneath the numbers is easier in the new IBM. Revenue growth and free cash flow are the north star KPIs rather than the EPS metric that was the focus for the former two CEOs. Moving forward, I expect to see IBM continue to be focused squarely on growth and investing to drive this growth

The Kyndryl lift in this set of quarterly numbers is surprising. On the last earnings call, Krishna was heavily quizzed on the comments he made about a pause in spending by Kyndryl clients. It will be interesting to watch the Kyndryl contribution to growth in the next three quarters, especially given the launch of the new mainframe late in the first half of this year.

I remain largely positive on IBM, especially given the strong results observed in this quarter’s earnings. The company will need to continue to stay the course on its strategy around Hybrid Cloud and AI in the months ahead and if it does so, I expect to see continued mid-single digit growth. With the cyclical revenue jolt of the new mainframe due to ship late in the first half of 2022, I fully expect this to start to show up in the Q2 numbers with a full blow contribution in Q3 and Q4.