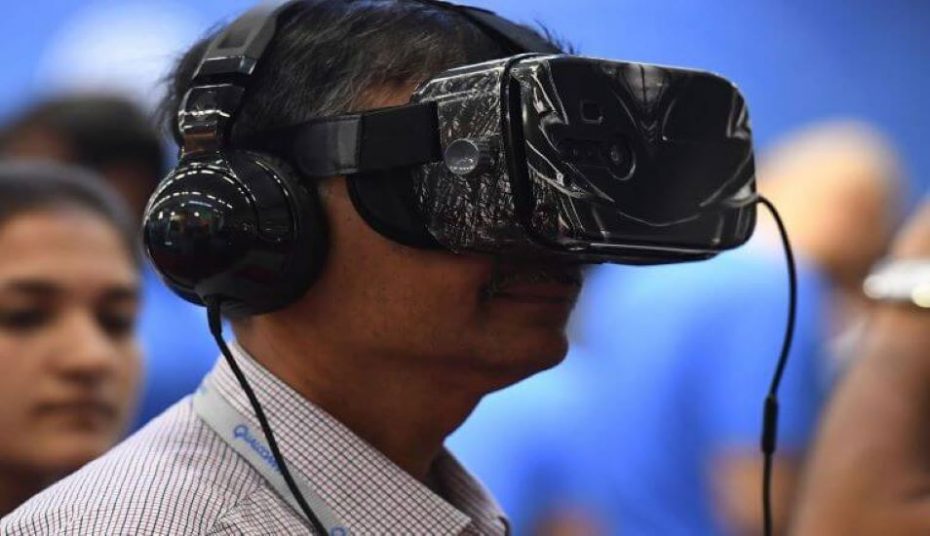 Qualcomm, the largest supplier of mobile phone chips, has grappled with a barrage of legal and regulatory battles, and weathered the effect of the global pandemic.

The San Diego-based company seems to be mostly out of the woods, and investors have noticed, pushing up its stock by 75% over the past year.

Still, Qualcomm QCOM, +0.09% and its critical contributions to mobile, connectivity and innovation are often misunderstood, and sometimes seem to be altogether unknown.

This week the company announced a transition at the top, with CEO Steve Mollenkopf deciding to step down this summer, set to be replaced by Cristiano Amon, a Qualcomm veteran who has spent the past few years serving as president of the company’s technology business (QCT).

The decision by Mollenkopf came largely as a surprise to outsiders as the strong results for Qualcomm coupled with at least a temporary lull in regulatory battles would have provided perhaps the first opportunity for him to turn his full attention to growth and innovation. However, it’s also easy to see this as an opportune moment for a leadership change.

The general thesis on Qualcomm puts the company as a “large chipmaker” in the mobile space. Known mostly for its modems that can be found in smartphones from Apple to Samsung to other device makers like Oppo and Xiaomi.

This makes it easy for investors to spot the company as a mobile or 5G play, but it really does little to articulate its broad importance to the mobile ecosystem. Plenty of companies, including Huawei, Samsung, Unisoc and MediaTek, make modems and systems for smartphones.

Qualcomm contributes to this market with a broad line of offerings, including discrete modems and complete mobile systems offered to original equipment manufacturers (OEMs) via its Snapdragon lineup.

What many investors miss is the massive revenue and profit stream that is realized by the company’s robust licensing business known as Qualcomm Technology Licensing (QTL). This is the part of the business that licenses its broad portfolio of Standard Essential Patents and Non-Standard Essential Patents (NSEP) that the company holds as a key contributor to 3GPP, which is the body of contributors that develop and approve mobile standards.

With a multibillion-dollar annual R&D budget and a number of key patents for 3G, 4G and now 5G, Qualcomm’s contributions and patents are a requirement of virtually every 5G device, and therefore Qualcomm holds licensing agreements with every major device maker on the planet.

This means Qualcomm generates a royalty from every mobile device shipped. While this model, and in particular its broad system-level licensing, has faced scrutiny, the company has a long runway. (Qualcomm has had to answer to the Federal Trade Commission, and spend several years battling with Apple AAPL, +3.67%.

Diversifying into Other Businesses

The other part of Qualcomm that is not always well understood by outsiders is its significant diversification efforts and the growing success that the company is seeing beyond its traditional mobile chips and licensing. Qualcomm is making a significant investment to grow its RF Mobile Front End (RFFE) business, where it has already become the leader; its automotive business; and its internet of things (IoT) and Edge business. All of them serve as opportunities for Qualcomm to expand its serviceable addressable market (SAM) and build important new revenue streams.

The SAM for handsets in 2022 is $35 billion. By diversifying into RF Mobile Front End, Automotive and IoT, that expands the number to $78 billion. In fiscal 2020, Qualcomm CDMA Technologies (QCT) did $10.46 billion in handsets, but the addition of the other adjacencies took the overall QCT number to $16.49 billion, meaning about 60% of its revenues come from these growing adjacencies.

While all of these technologies saw annual growth over fiscal 2019, perhaps the most exciting of these adjacent businesses is the automotive business, which grew more slowly than RFFE or IoT. It’s sitting on a design pipeline of over $8 billion as the company continues to gain momentum in automotive, with the vast majority of the largest auto OEMs committed to the company’s infotainment, telematics, navigation, ADAS (advanced driver-assistance systems) and vehicle connectivity solutions.

Circling back to the appointment of Amon as CEO effective June 30, the move can be seen as a positive transition, building on Mollenkopf’s success. Amon will reflect a more vocal leader for Qualcomm — this is something that some influential voices would have liked to hear more from Mollenkopf during the company’s regulatory tangles.

However, Mollenkopf’s measured approach was the right one. Amon has been the most visible executive for the company over the past few years, and I expect his energy to be spent on maintaining the company’s position as one of, if not the, most important contributor to the innovation of mobile and connectivity standards.

With that said, his focus will also be putting Qualcomm’s R&D and diversification strategies into the spotlight as the company seeks to expand its leadership into RF, Automotive, AI (artificial intelligence) and IoT.

If, and it is a big if, Qualcomm can manage to focus on its product development and licensing without the disruption of litigation and regulatory interference, the company is set up for immense growth in the next two years as its core business and adjacencies are primed to scale in developed and emerging economies.