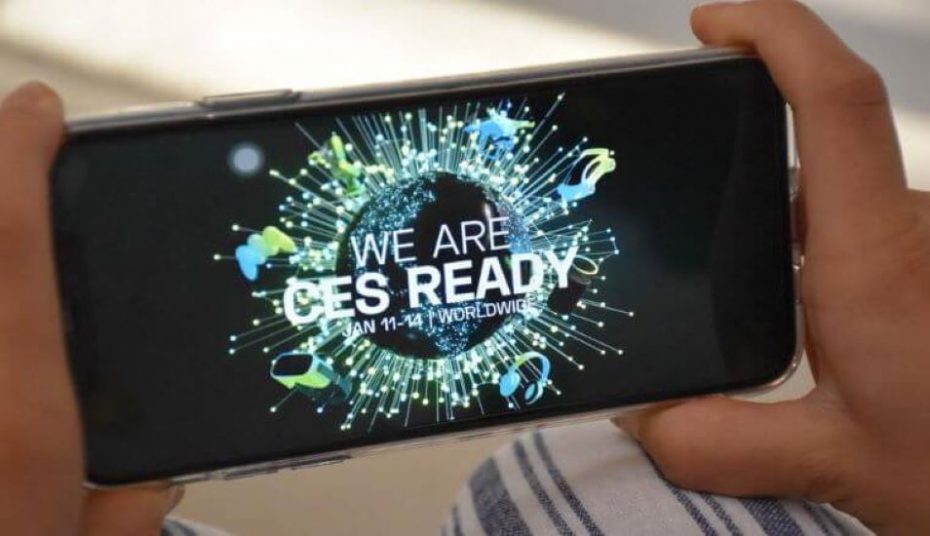 It’s the biggest event in technology every year, and coronavirus isn’t strong enough to buck that trend. In fact, the pandemic may have served as major impetus for many of the developments at this year’s show as the global public struggles to adjust to a new normal at work, at home, and in the public sphere. In the end, CES 2021 became the world’s largest virtual event—for now. Here are the big themes that caught my eye along with some key announcements and perspective on those themes.

Healthcare and Tech: A Match Made in 2020

With the seemingly endless pandemic top of mind for most everyone around the world right now, some of the biggest tech advancements this year are coming in the healthcare space. Philips probably has the biggest announcements with Virtual Healthy Neighborhood, which showed us everything from advancements in teledentistry to fetal monitors and sleep apnea support. In fact, one of the things I love is that there are so many developments involving not just remote health, but personal at-home health care. For instance, this year there are a series of items bent on making life as we know it safer, from ultraviolent disinfecting robots to smart masks, air purifiers, all-in-one mask / Bluetooth headsets, and even refrigerators that disinfect your water on demand.

COVID-19 changed the way we live in 2020 and tech companies took note. While in previous years we’ve seen developments that are more on the fitness side of health like smart watches and activity monitors, these developments aim to keep us healthy in everyday aspects of our lives.

Gaming Getting a Boost

CES 2021 is a big year for PC gaming which comes as no surprise. Throughout 2020, companies like Intel, AMD, and NVIDIA made improvements to CPUs and GPUs to give gamers what they wanted — better graphics. And with everyone stuck at home, these updates made sense. That’s not stopping in 2021. Intel has announced several CPU and AV updates that will be great for gaming use cases and OEMs are taking note. AMD announced its Ryzen 5000 series, which was met with a lot of excitement from AMD loyalists. Acer announced a super thin, lightweight gaming laptop that will powered by the Intel Tiger Lake processor. Acer also announced another line of gaming laptops for the more budget conscious gamers will be powered by the AMD Ryzen 4000 series. As for graphics for gaming PCs, NVIDIA announced an update to its GeForce RTX graphics card with some impressive stats that will make the hardcore gamers very happy.

Autonomous Vehicles: Focus on the Tech

Clearly, one of the most popular elements of CES every year is the autonomous vehicle update as so many companies race to share their concept cars with the world. No, we won’t see a ready-for-production vehicle this year (again), but one of my favorites was GM’s Cadillac Halo pod-style concept car, which seems far less like a car and more like a luxury living room set-up. If this is what the future of autonomous vehicles looks like, sign me up.

While we might not see autonomous vehicles on the road in 2021, companies like Intel subsidiary Mobileye announced new technology that will make AVs a reality within the decade. Some of their announcements include a camera-first sensing technology, crowdsourced high definition maps and driving policies. Nvidia also made a big splash at this year’s CES with its MBUX Cockpit, which is a massive 56” AI driven nerve-center that it unveiled with Mercedes-Benz. And the big semiconductor companies were all over CES along with automakers, in some cases even teaming up like Qualcomm and NVIDIA did with EV rising star NIO to deliver the next generation of autonomous vehicles.

Autonomous vehicles for consumers weren’t the only ones to make headlines. Heavy equipment manufacturer, Caterpillar shared its massive self-driving mining truck that has already been tested in the Australian outback. This advancement could have a big impact on the mining industry, which is one of the most dangerous in the world. Also, if the technology proves to be effective, it could be easily adopted for other use cases like trucking and shipping.

Virtual Reality Beyond the Goggles

Virtual reality, augmented reality and yes, extended reality have all gotten a bit of a bad rap in recent years because it just can’t seem to get off the ground on the mass market. One really cool development this year is an improved pair of haptic feedback gloves, SenseGlove Nova, which were designed for professional VR training. They use a stretchy material that allows users to feel shapes, textures, impact, and resistance using virtual reality. able, easy-to-put-on material that enables smooth hand tracking that allows users to more easily feel shapes, textures, stiffness, impact and resistance in VR. They could be used in any number of scenarios from handling hazardous waste to creating physical prototypes.

I expect VR to continue to gain momentum with enthusiast, but the AR/XR angles are even more exciting as they hold such potential in the way we work, shop, drive, and travel. There is much more to follow here in this theme, and it will continue into next year’s CES. VR, AR, and XR have all seen volatility in their hype cycles, but I’m encouraged to see how these could be used in anything from training to gaming and beyond.

Remote Work and the Devices that Will Make it Easier

In response to COVID’s impact on remote work, several companies are debuting many improvements to the home work environment. Dell kicked off with a flurry of new products and updates, including more professional 2-in-1 laptops, a curved video conferencing monitor, modular work solutions, and an interactive touch 4K monitor, just to name a few. Microsoft, which typically doesn’t announce hardware updates switched it up this year and announced a new Surface Pro tailored to professional users.

HP’s entire theme this year is making work more accessible for people no matter where they are. They debuted several new PCs including Elite Folio, EliteBook Aero, and Envy 14. Whether it’s a new chip or a new screen, the focus is on making work more efficient and more enjoyable for employees, and everyone from Intel to Microsoft to Dell is in on the plan.

Samsung also delivered a large slate of announcements and will cap the week off with its next edition of Unpacked, which will certainly feature its next generation of the Galaxy S—but as always, there will be more unveiled at the company’s virtual launch.

Smart Homes, AI, and Connected Everything

Again, with so many people spending more time in their homes this year, we’re seeing many developments focused on making the “home” experience smarter and more comfortable. Samsung, for instance, went all-in with a whole slew of developments, including smart refrigerators, robotic house cleaners, and smart health trainers. Tired of figuring out what to make for dinner every day? Samsung’s SmartThings has even developed an automatic meal planner that recommends meals for the week, creates shopping lists with every ingredient needed, and connects to local grocers to shop for the goods you need. Talk about connected everything.

Amazon also made a significant announcement this week for the smart home, and while it technically wasn’t a “CES” launch, the virtual state of CES made for little demarcation between at the event and during the event launches and announcements. Ring announced it was going to offer full end to end (E2E) video encryption for its customers meaning users could wield more control the data on their Ring doorbells and cameras. This was a pivotal moment for the company given the frequent nature of privacy challenges that Amazon and Ring receive as privacy and data protection continues to be a hot button topic.

In the end, connected everything is all about data, data, data. This enables more analytics, more machine learnings, more artificial intelligence, and companies all know this is the underlying magic to building the biggest brands of tomorrow.

If there is one thing this past year has taught us, it’s that a pandemic can’t slow technological development. In fact, at every step of the year, we’ve seen the coronavirus accelerate digital transformation. The advancements being shared at this year’s CES—which again, is being held digitally this year—are a true testament to the value that technology can play when we give it a human focus. I cannot wait to see what comes next.