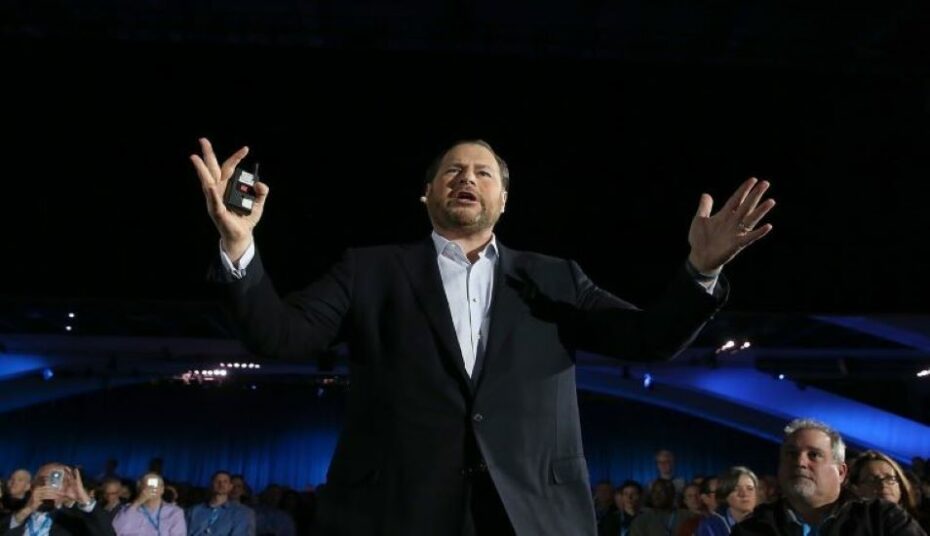 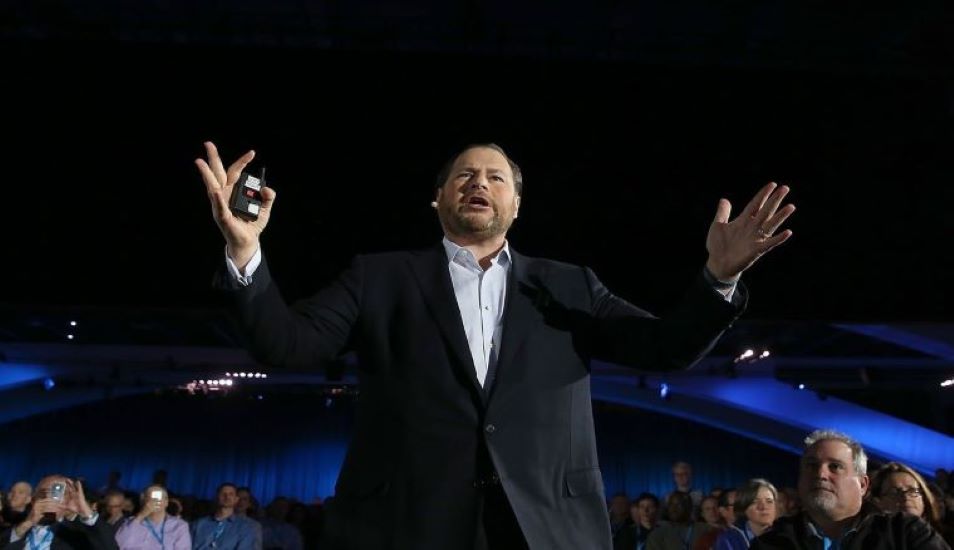 Still, the San Francisco-based company trailed growth of other software as a service (SaaS) peers — including Zoom ZM, -2.74%, Twilio TWLO, -6.17% and Snowflake SNOW, -3.03% — in revenue and share price. While those comparisons aren’t necessarily accurate, the demand for high growth from SaaS companies has become the norm as the pandemic paused certain infrastructure spending and pushed enterprise IT investments to the cloud.

While it has some of the cool factor of a SaaS company, Salesforce CRM, -1.58% has reached a more mature period in its existence. No longer the new kid on the block for customer relationship management (CRM), the company has become the category leader in cloud-based CRM (Sales Cloud), and it is enjoying similar success with its Service Cloud.

Those two core product categories have seen growth level off compared to some of the explosive growth figures in SaaS, like Zoom’s run of 300%-plus growth quarters, including its most recent. In the fourth quarter, Sales Cloud posted growth of 11%, and Service Cloud’s was 19% — both segments lagged behind the company’s overall growth.

Some may see this as a reason for alarm, as they did with Amazon’s AMZN, -1.68% AWS growth slowing to less than 30% or Microsoft’s MSFT, -1.87% Azure dipping under 50%. There is a propensity in the investor community to obsess about growth rates in lieu of overall size of market share. For instance, Salesforce’s Sales Cloud unit booked $200 million in net new revenue in the fourth quarter. For AWS, that number was $1.1 billion — it’s a massive number but less than 30%.

The arbitrary growth targets are a single variable in many considerations, from market share to available market to customer satisfaction levels and product development. For Salesforce, the company has hit a point where its core products have matured. This maturity, along with the need to meet changing customer needs, played a vital role in the company’s aggressive strategy in acquiring Mulesoft, Tableau and a pending $27 billion deal to acquire Slack WORK, -0.52%.

Those deals are foundational to the company recognizing the need to accelerate revenue growth. Perhaps more importantly, it’s clear that Salesforce is recognizing the need to meet shifting customer sentiment from pure SaaS to support hybrid IT requirements that address modern enterprise needs, the challenges of highly regulated industries and the requirement for data residency outside of Salesforce’s cloud.

The Mulesoft acquisition dealt with the need for a sophisticated approach to connecting legacy software to Salesforce. Tableau, one of the leading data visualization platforms, was almost entirely on-premises, and building a more hybrid approach became paramount to deliver a return on that deal.

The bet on hybrid is tying to the company’s now largest category, Platform. This category, which includes revenue from its growing platform offerings, including MuleSoft and Tableau, drove 26% growth in the fourth quarter, coming in at $1.8 billion. This category’s higher growth was critical in offsetting the slower growth in its sales and service clouds.

The Slack acquisition announcement that came late last year was met with mixed reviews. Based on Slack’s slowing growth and sub-$1 billion revenue, there was some question about the $27 billion price tag that came with the deal. It’s easy to use this math to suggest the price was too high.

I liken this to IBM’s IBM, 1.36% Red Hat acquisition. While the $34 billion price tag was high, it instantaneously enabled IBM to pivot to hybrid cloud. Productivity is a massive opportunity and one that Salesforce has yet to capitalize upon. The acquisition of Quip provided a foundation, but it hasn’t yet materialized. Slack could be seen as a critical ingredient.

The Slack acquisition provides significant new revenue and business opportunity for Salesforce. Last year saw exponential growth in demand for collaboration, with the likes of Zoom, Cisco’s CSCO, 0.10% Webex and Microsoft Teams all seeing massive growth. Slack also saw an increase, but its numbers paled in comparison to its peers.

This could be seen as the product and demand for Slack decelerating, or as a potential opportunity for Salesforce to apply its brand strength to a well-liked product that hasn’t been able to realize its potential fully. I see Slack immediately benefitting from being under the umbrella of Salesforce — especially the significant sales and partner channels to scale revenue generation.

I’ve been outspoken about Microsoft being a key competitor to Salesforce. Dynamics 365 has seen growth rates that have outpaced Salesforce over the past few quarters, including 39% in the most recent quarter. This means there have been some market share gains in that category for Microsoft. With the full offering of IaaS, PaaS, and SaaS for CRM, ERP, Service, and Customer Data, Microsoft will continue to rise and provide a significant challenge to Salesforce’s ambitions. This will also carry into the effort with Slack. Microsoft saw its Teams solution expand by more than 100 million users in 2020 and, given the ubiquitous use of Office and Office 365 by enterprises, Microsoft Teams has a natural gravity.

Of course, there are plenty of other big players in the space, including Oracle ORCL, 0.97%, Adobe ADBE, -2.05% and SAP SAP, -0.66%, to name a few formidable competitors to Salesforce. Oracle has seen strong adoption of its NetSuite and Fusion SaaS-based offerings in the past several quarters, including over 33% growth of its Fusion cloud in its most recent quarter. I also envision Zoom expanding its offering on the collaboration side, which could challenge Slack’s growth.

Salesforce is at an inflection point, but the company’s ambitions continue to be big. Between stable growth of core segments and inorganic innovation, the company appears to be willing to execute and make strategic bets to reach those targets.

Competition, in particular from Microsoft, will be formidable, but the 11% growth taking Salesforce’s total addressable market (TAM) to $181 billion gives it runway to reach the $35 billion target.

Benioff mentioned $50 billion in a post-fourth-quarter earnings interview. This type of top-line growth most certainly leaves a runway for investors to benefit — and with the company’s track record for growth, it is hard not to see those goals as achievable.