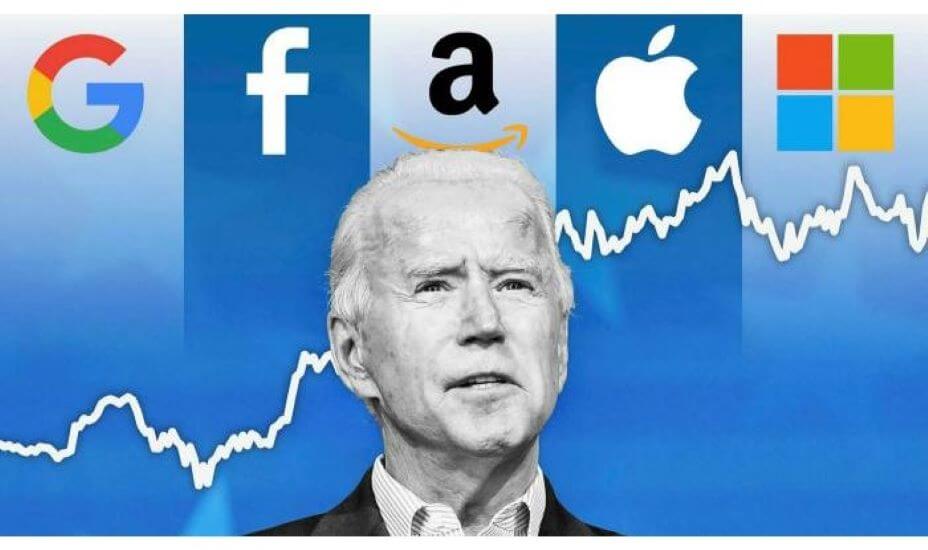 The News: President Joe Biden on Friday signed a new executive order aimed at cracking down on anti-competitive practices in Big Tech, labor and numerous other sectors.

Those wide-ranging goals and initiatives include:

Analyst Take: The last few weeks have seen a massive turn in attention toward antitrust and Big Tech regulation. We saw the Facebook case collapse on the FTC, while we saw new charges brought up against Broadcom, a series of lawsuits from States Attorneys against Alphabet, a probe into the Amazon deal to buy MGM, and a continued in-depth review of the NVIDIA deal to acquire Arm.

All of this action while also seeing a wave of new legislation passed in the house and now meeting a firmer resistance in the senate–but not to be ruled out as antitrust regulation focusing on big tech seems to be the one subject where Democrats and Republicans can find common ground.

The Executive Order that President Biden signed into law covered a litany of different issues but zeroed in on big tech, challenging mergers, restoring net neutrality, and a handful of more narrow topics like non-competes, licensing, and prescription drugs. To me, it was so broad I couldn’t quite figure out what the focus was.

In the EO, President Biden makes a call to see greater attention paid to the data collection and surveillance that Big Tech does, something I agree with and would like to see as part of any new legislation. Ironically, not one of the five new bills introduced in June did anything to protect consumer data–the one area that I believe strongly needs to be addressed with a certain amount of control given back to the user.

The other area of focus on big tech leans into the idea that giving agency and lawmakers more power to undo “Bad Mergers” that have gone through and to give more latitude to halt acquisitions in their tracks if such deals would give platforms too much power or if the acquisition is used as a tactic to eliminate competition. I feel this particular area is the most in need of further discussion. The challenge is balancing the delegation of powers versus giving almost unfettered power to individuals and agencies to harm companies for merely being too successful. We are essentially asking lawmakers and regulators to try and envision the impact of various acquisitions in the next 10-15 years when technology is changing rapidly. I genuinely worry how competent these people are to understand the long-tail for specific technologies and evolving platforms. Even the most technically astute can’t say with certainty where technology may take us over a longer horizon.

All in all, I’m not sure there is much here besides further piling on from the White House to a quickly changing temperature from moderate to red hot technology regulation.

I feel the breadth and depth of this EO are far too broad, and when you try to solve all of the challenges at once, the most likely outcome is that we will solve none.

I think the entire effort of putting this out is primarily political posturing and positioning more than providing sound guidance and design for the writing and implementation of new antitrust and regulatory law that deals with a number of complex topics in big tech, connectivity, and business reform that increases competition and protects businesses and individuals negatively impacted by laws a regulation in their current state.

The Great Siege of Qualcomm: How Three Waves of Assaults on Qualcomm from 2013 to 2020 Helped Strengthen US Technology Leadership – Part 1

Microsoft JEDI Win Gets Cancelled, Amazon Gets Another Chance and Hello JWCC