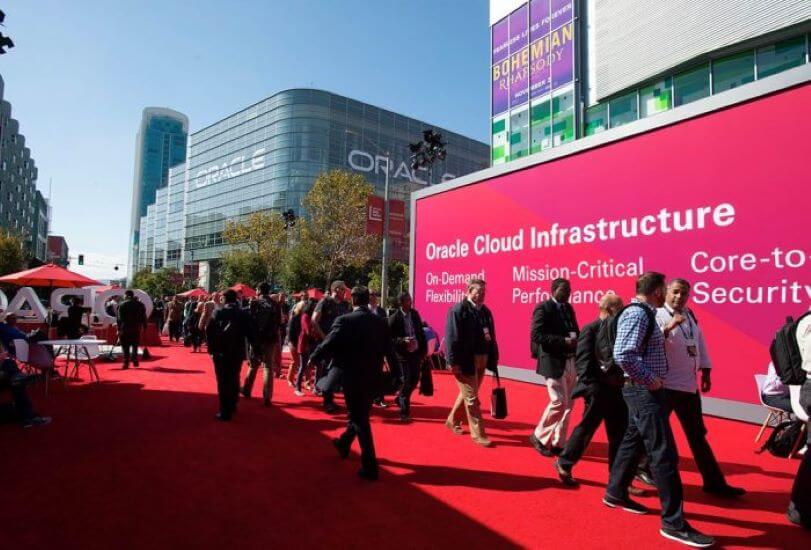 A big week for Oracle as always at it’s Open World conference in San Francisco, the company pushed out over 40 blogs and press statements during the week and this Analyst Take plans to cover the high spots and provide Futurum’s insight on the impact these announcements will make on the market in the coming months.

Mark Hurd – Oracle Open World 2019 was overshadowed by co-CEO Mark Hurd’s leave of absence announcement the Wednesday before the conference kicked off as part of the a brought forward earning announcement.  Check out my 6×5 podcast with Patrick Moorhead for my detailed perspective on what Hurd’s absence will mean for Oracle in the short to medium term. However, to summarize here, with the stock up 20 percent in 2019 and a strong bench and Larry Ellison able to step back into his previous responsibilities the short-term impact is contained, although Hurd is a supreme operator on the sales execution front so look for this impact in future earnings announcements.

Analyst View: I covered this ahead of Open World. In short, I think the leave extending beyond the quarter could present some challenges to Oracle, but I do believe the benefit of having Katz and Ellison positions the company better to deal with an extended CEO absence than most organizations.

Oracle rebranding – out with Red and Black, in with a warmer color palette. Apparently Larry Ellison was heavily involved in the re-design of the corporate look and feel according to Business Insider’s Benjamin Pimental.

Analyst View: Without reading too much into a color palette is Oracle trying to acknowledge that their shade of red was too much in a world where a softer tone is required. The new corporate mission prominently displayed on the website is also worthy of note – “Our mission is to help people see data in new ways, discover insights, unlock endless possibilities.” – Oracle will have to go beyond rebranding to re-position itself with clients as a true partner, rather than purely a software vendor. We will be watching this space in the coming months to see whether this branding pivot is a sign of a wider change of corporate style. Only time will tell…

Autonomous announcements – Oracle’s strategy revolves around popularizing its Autonomous Database, converting application and database customers to Oracle Cloud and using its own digital transformation journey as a case study for enterprises, further, based on Ellison’s keynote they see the OS for this shift as Linux. Oracle has a strong focus on growing its Autonomous Database business and moving existing customers over to it. The benefits of automating updates, security, operations and patching are obvious. What’s is less obvious is whether enterprises will move well beyond pilots of the Autonomous Database to full scale production. Another challenge for Oracle to wrestle with is that as a company they were popularized by database administrators and now the company is trying to automate them.

Analyst View: The Autonomous cloud and database strategies being rolled out by Oracle definitely should give pause to ITDMs. With a steady drumbeat of accountability being pointed at administrators for security issues as well as slow time to value from IT investments, Ellison pointed to autonomy as an answer yielding greater returns for customers and this deserves to be further explored. For example, his keynote called out the recent security breach at Capital One claiming Oracle Autonomous Cloud security could have prevented such an occurrence.

Ellison also came out hard against Red Hat and by extension IBM in one of his two keynotes. Urging clients to stop spending money with Red Hat was classic Ellison and highlights a shift in focus for Oracle. Their doubling down on Linux and their OS variant is a sign of intent for the company.  The rebranding to align with their Autonomous message and the launch of their OS management Service signals that Linux will be a battleground Oracle hopes to compete on going forward.  While the bluster was obvious, Oracle’s Linux market share is tiny and limited to Oracle shops where it is largely single use to support their database deployments, so we will need to see more from the company in order to be convinced of their Linux credentials in the months ahead.

Overall, the autonomous announcements were interesting to me and I plan to spend more time tracking the developments here as well as looking for customer case studies that enter the market.

Just Give it a Try – Autonomous Database

At the end of Larry’s keynote, he gave a nod to Steve Jobs’ keynotes of yesteryear, with a ‘”one more thing…”.  His announcement was that Oracle will, starting immediately, be giving away a free version of its autonomous database to enable people to build, learn and experience Oracle Cloud”.

Analyst View:  While we applaud the sentiment, we see this as a new direction for  Oracle – are they fully trying to embrace and build a community as others, such as MongoDB have done with a ‘Freemium’ model?  This would be significant shift for Oracle who are renowned for their strong focus on enterprise license agreements and their enforcement. The wider move to an open source driven business model is certainly a market dynamic Oracle needs to be cognizant of and we are encouraged by these early steps.

Oracle Cloud – Oracle doubled down on their infrastructure investments as they highlighted their plans for a continued datacenter build out. They plan to build out 20 new Oracle Cloud sites in 2020.  To provide context to this level of investment, Microsoft Azure is currently available in 54 regions, followed by AWS with 22 regions, and GCP in 20.  This would mean that Oracle Cloud plans to have a total of 36 regions up and running by the end of 2020.

“Enterprise customers worldwide require geographically distributed regions for true business continuity, disaster protection and regional compliance requirements. Multiple availability domains within a region will not address this issue,” said Don Johnson, Executive Vice President for Oracle Cloud Infrastructure in a statement during the conference. Johnson went on to say – “Unlike other cloud providers, Oracle is committed to offer a second region for disaster recovery in every country where we launch Oracle Cloud Infrastructure services, a strategy that’s aligned with our customers’ needs.”

Oracle elaborated that its massive expansion is possible due to its Gen 2 Cloud Infrastructure which according to the vendor provides highly optimized region deployment technologies that can implement a software-defined data center and cloud services in days.

Analyst View: I believe Oracle’s continued resolve and investments in its Oracle Cloud business deserve more recognition than they are receiving, but it also raises the question – is it too little, too late?  Even with this new investment plan can Oracle hope to compete with cloud titans such as Amazon and Microsoft, or will Oracle always be a niche player focused on enterprise databases in the cloud?

From what I witnessed, Oracle Cloud has a stronger story that is evolving through continued improvements in the technology as well as growing investments. However, brand perception seems to be a continued hurdle for the company. I see this being the most difficult item to overcome.

For Oracle, I recommend winning from within the customer database and working outward to grab workloads from traditional competitors. The alignment with Azure certainly bodes well for the company and Ellison seems to be more than happy to point out that his real focus is on winning business from Jeff Bezos and AWS.

Although hardly mentioned, the 800lb gorilla in the proverbial room at Open World was Mark Hurd and his absence due to health concerns. His return to health will be significant for the company as it needs his sales execution focus to continue to drive top line growth, especially as the company seeks to extend its wins in Cloud and Autonomy.

The repositioning of the brand with new mission and color palette was probably overdue and will be interesting to watch whether this new softer Oracle translates to their approach to license entitlements.

Another key theme at the event was a doubling down on Cloud.  The investments are big by any standard but the ability to overcome some brand resistance and fierce competition will be seen in the coming quarters.  Classic Larry Ellison was in action as he ranted to make a point, as we enter a new battleground, or is it too early to declare the ‘Linux wars’ a thing? All in all, a solid week for Oracle making the company one to watch closely as it extends its reach and attempts to show the street the growth it desires in the short term.