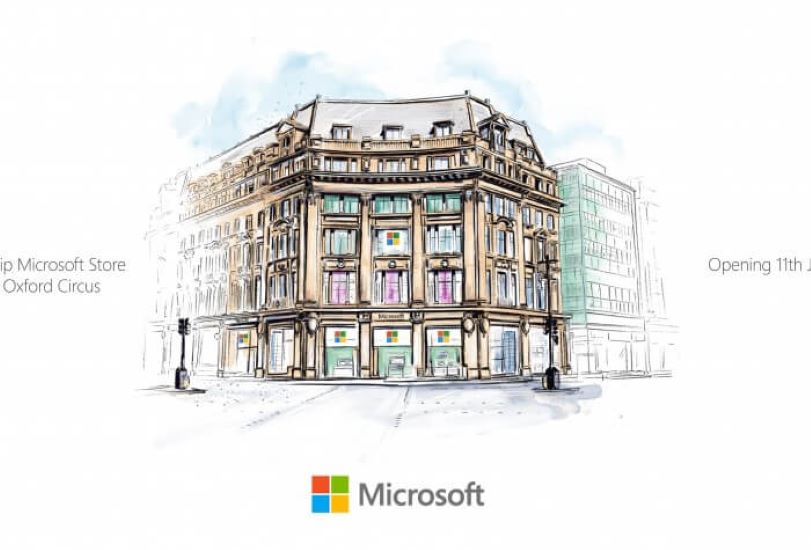 The Microsoft London store is scheduled to open in July of 2019. The new flagship store will be located in Oxford Circus, one of the busiest shopping areas in London. Located just minutes from Apple’s London flagship store, it’s easy for pundits to cal this a direct shot at Apple, but I don’t think that’s the case.

It’s comes as no surprise that Microsoft is making some big, brand-focused moves like this, and it only makes sense as the brand continues to evolve and grow. I believe this is more about Microsoft promoting itself and the company’s retail products than any specific attack on Apple.

Why a Retail Presence is Part of Microsoft’s Game Plan

Microsoft has experienced a meteoric rise since Satya Nadella took the helm of the company. With significant growth in their cloud business, even managing to take a nibble into the AWS marketshare, it’s safe to say the cloud transition planned by the company is now in full swing.

On the retail side, Microsoft’s wins have been a little quieter, but they haven’t gone unnoticed, and a retail presence is absolutely a part of Microsoft’s game plan. The popular Microsoft Surface product line has propelled the company back into a Top 5 global PC maker, achieving a 4.1 percent market share in their fiscal Q1, edging out long time PC maker, Acer. Given the small breadth of the Microsoft Surface product line, this market share is something to note.
Microsoft has also expanded its peripheral products with items like high end headphones to support high fidelity music. And, of course, Xbox reigns as one of the world’s top selling game consoles.

Having more retail locations only makes sense for Microsoft. The Microsoft London store allows users to come and experience these products up close and personally, and it will help further the company’s ambitions in winning public perception and gaining market excitement for their future retail endeavors.

So, a Microsoft London store? It makes perfect sense. I believe this move is but one of many to come over the course of the next few years for Microsoft. The brand’s ambition to win market share and consumer sentiment is clear and will be something to watch.

Read my other recent articles:

Microsoft and Sony Teaming Up, Partnering on Cloud, Imaging
Microsoft Will Make Its AI Search Code Available to Developers
Walmart and Microsoft Partnership: What Will This Mean for Digital Transformation?