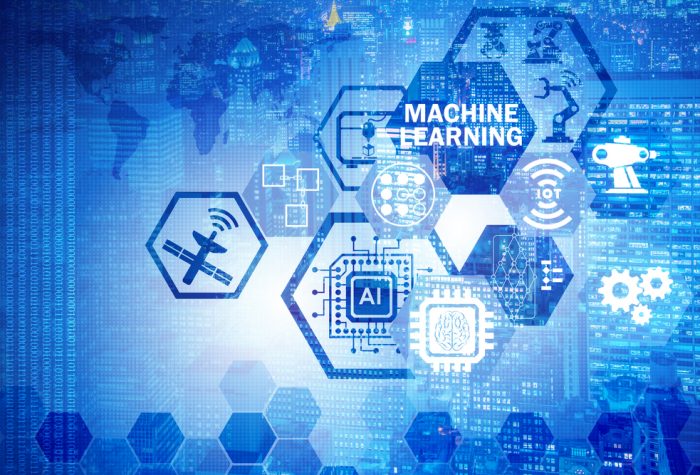 If you ask my kids how they search for information on the Internet, they’ll look at you like you’re from outer space. “Why use the Internet when you can just ask Alexa?!?” Just like that, Generation Z is moving away from Googling what they want to know—and asking AI-powered assistants to find out for them. It’s a shift that’s been made possible due to huge recent leaps in machine learning and natural language processing (NLP), the technology powering conversational devices like Amazon’s Echo and Google Home. Perhaps the coolest part: advancements in conversational AI are just now hitting the tip of the iceberg. It may not be long before Generation Z is turning to its bot assistants for talk therapy and dating advice. In other words, Alexa will be less of a cool assistant and more of a friend.

OK, you’ve probably heard a lot about AI, machine learning, and algorithms in the past few years. But what about NLP? Basically, it’s a branch of AI aimed at bridging the gap between “human communication and computer understanding.” In other words, it’s a human-to-bot translator. And it’s had many starts and stops (the movie Arrival comes to mind) before finally gaining some traction in recent years. Indeed, Amazon, Google, and Apple are all working hard to make NLP even more reliable. If they can, it won’t just be a disruption. It will change everything about our society—from our definition of “friend” to our understanding of “emotion”—and everything in between.

If you’re rolling your eyes right now thinking of the numerous times you have to re-type your text messages when Siri gets it wrong, I get it. That’s because NLP is an incredibly complex process. It’s not just a matter of translating English to German. It’s a process of translating slang—sentiment—slurred speech—underlying emotion—dialect—Spanglish!—and having a machine instantly understand it in order to create an appropriate and accurate response. But using deep learning technology, devices like Alexa continue to learn upon themselves—layer by layer. In other words, the more they talk to their owner, the better they understand them, and the deeper their relationship will be.

One of the limits of conversational AI is that it hasn’t been able to last in—well—an actual conversation.  Sure, it can take commands. It can scan the internet, play a song, or schedule a meeting. But it hasn’t quite mastered the art of the nuance—the ability to process complex thoughts and emotions over a prolonged period of time. That’s another place where deep learning can help.

In fact, chat bots powered by the same type of machine learning algorithms as Alexa are already hard at work in businesses around the world—serving as customer service agents, sorting through sales leads, and even responding to emails on behalf of their “bosses.” The goal now is to further refine that technology to serve even deeper, more complex purposes. Machine learning specialists are working hard to advance conversational AI to communicate more like humans—to read between the lines, catch sarcastic nuances, and maybe even recognize when someone needs emotional support. After all, if Facebook can create an algorithm to detect potential suicide, Alexa should be able to do the same thing—while using emotional empathy-infused discussion to prevent it, as well. If developed right, the technology could be used to provide therapy to those in need, to serve as nurses in healthcare environments—basically, anything a human can do, but without the compassion fatigue that goes along with it.

In a world where almost everything is mobile and screen-focused, it makes sense that many people are facing screen overload. They want to ask someone—or something—else to interface with their Netflix, Spotify, or thermostat settings. No, it doesn’t save hours of time. But it helps eliminate at least some of the stress and overall screen fatigue that comes with living in a 24/7 digital age. In fact, sales prove it. A record breaking number of Amazon Echo and Google Home devices were sold this holiday season. It seems people are getting more confident in their tech-powered bot partners, and those bots are getting more competent at the same time.

But as we think about the long view of conversational AI, I urge us all to look past simple things like home entertainment, shopping, or temperature controls. Machine learning has the potential to turn our bots into near-humans. Using easy-to-install apps, Alexa can already hail you a Lyft or pay off your credit card statement. But in my view, the big value comes in the socio-emotional aspect of conversational AI. As I wrote recently, Empathy-as-a-Service is probably not too far off in our digital future. The big question is how deep learning can harness that power not just to cross things off our to-do lists, but to save and change lives.