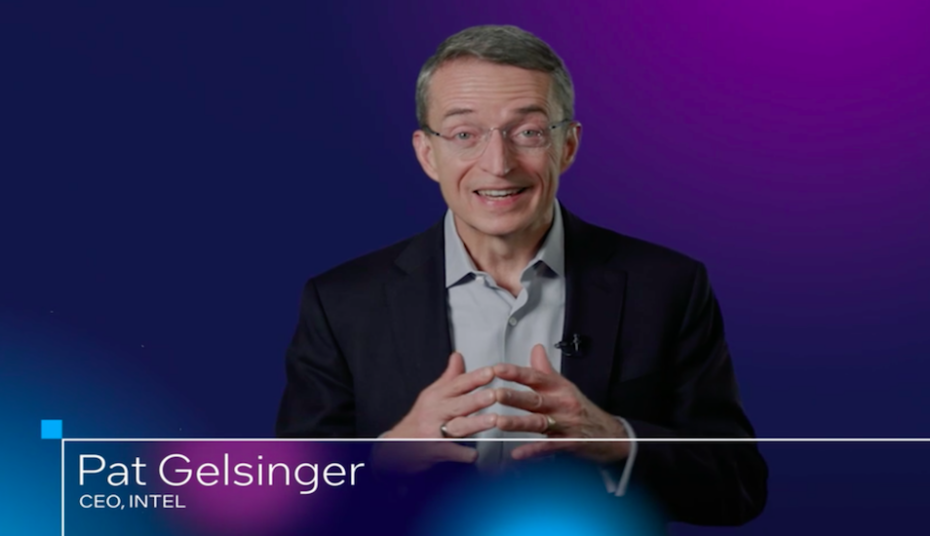 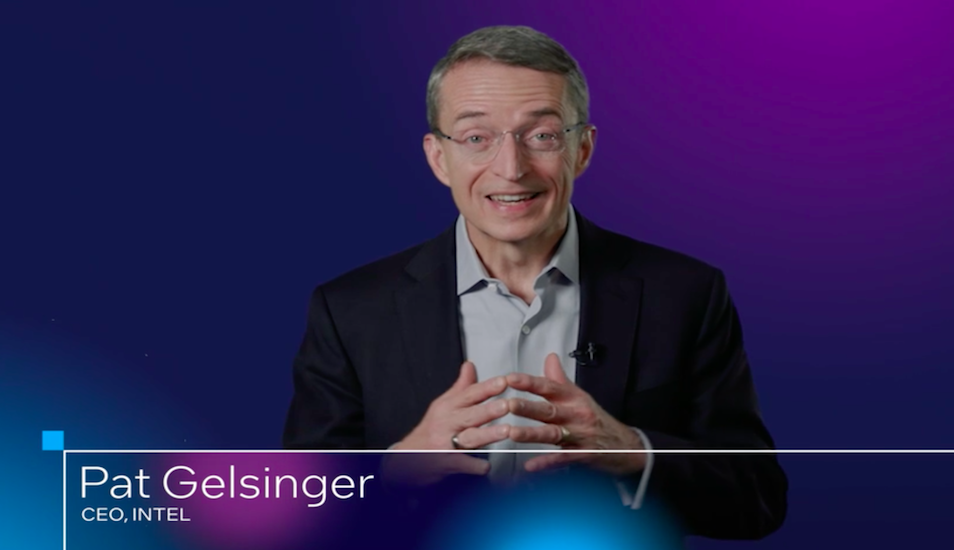 The News: Intel Q1 2022 earnings beat projections, but shares fell 4% in extended trading after the chipmaker issued a lower-than-expected forecast for the future.

Intel’s revenue decreased by 7% year over year in the quarter that ended on April 2, according to a statement. Intel’s gross margin narrowed to 50.4% from 55.2%. The fiscal quarter had 14 weeks. Read the full news on CNBC. 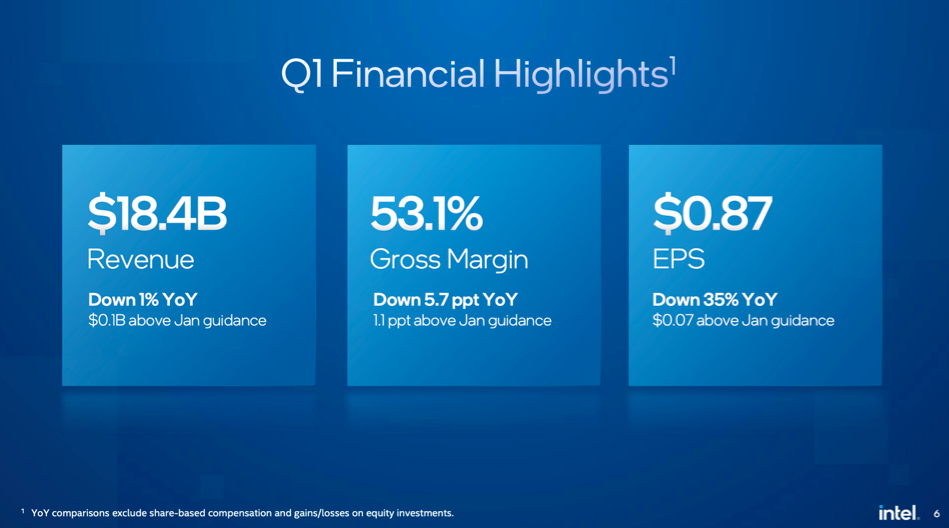 Intel Q1 2022 Earnings Beats on Top and Bottom Line, But Guidance Continues to Be a Sticking Point

Analyst Take: Intel had a robust quarter, which I believe turned out better than most had expected.

However, due to its relatively soft long-term guidance, the market seemed to be less interested in the short-term outcome and more focused on the longer term risks associated with the company’s plans to accelerate innovation, double-down on its foundry business, and diversify its product portfolio.

Despite some of the headwinds that Intel faces, I do think that over the longer term it is setting itself on a better trajectory starting with Pat Gelsinger’s well documented plans. These plans are more likely a 2-5 year horizon to return to process leadership and build the manufacturing capacity required to compete with the faster growth chip makers that have seen their prices rise and multiples grow in recent years. Having said that, those companies have also seen a more significant pull back.

Performance Across its Realigned Segments 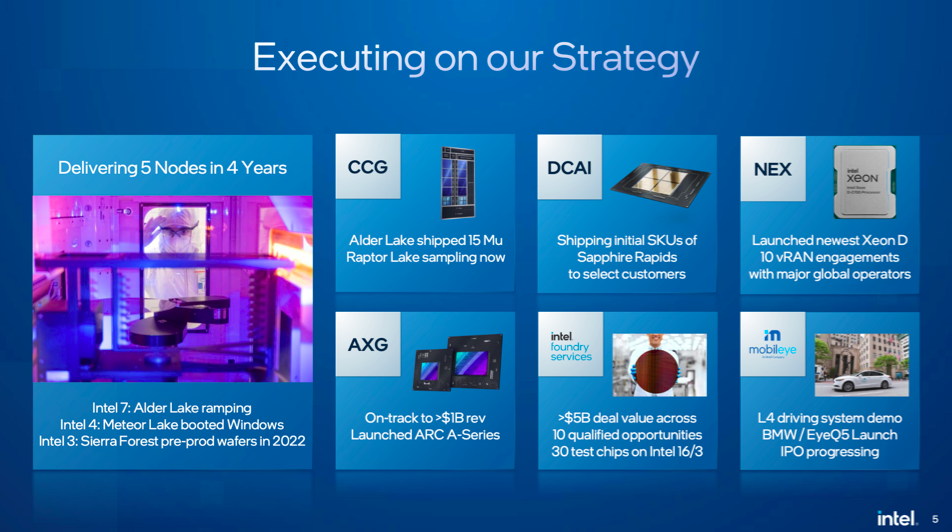 Intel has reconfigured its business, most notably separating what it had called Data Center Group (DCG) and creating two separate groups DCAI and NEX. These new segments contain the data center and AI (DCAI), and the Networking, Edge, and 5G falls into NEX.

The two segments both had strong performances surpassing 20% growth. This was in contrast to some of the media coverage that misread these numbers and stated that the data center business had fallen. 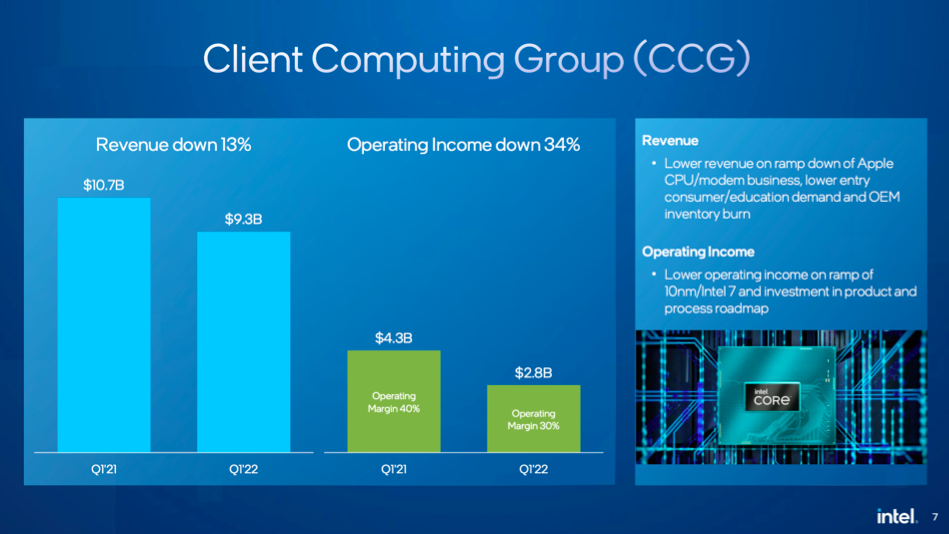 Much of the market is still hyper focused on the Client Computing Group (CCG). This has been a challenge for Intel as AMD has performed particularly well here. However, there are many headwinds that caused this quarter’s shortfall including Apple, China, Russia/Ukraine, slowing demand for Chromebooks and entry level PCs, and broader economic issues that have stripped liquidity and discretionary spend out of the market.

The company has also been proactive in its communication about margin compression tied to investments in new process technologies and other supply chain induced cost impacts. It sometimes feels like the market has a very short-term memory, but I’ve repeatedly pointed out that there were no surprises in these results or in the company’s guidance more broadly. If anything it is executing slightly better than expected. 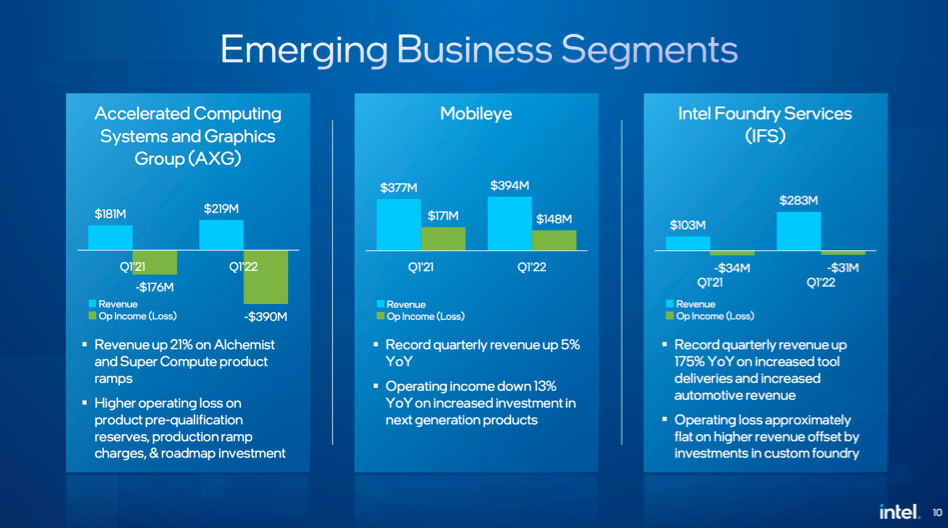 Lastly, the emerging BUs were strong performers with nice revenue growth including the new graphics (AXG) business and the foundry (IFS), and Mobileye. Of course, Mobileye will be spun off mid year, but Intel should be a beneficiary short and longer term as it will hold a significant piece of the business while generating liquidity in the shorter term.

It’s been a tumultuous couple of years for Intel as the company didn’t see the big appreciation when the market was rising, but it finds itself somewhat stuck as the macroeconomic conditions worsen for much of tech and growth (and most others).

It seems the market is trying to digest the real horizon for Intel to mount its turnaround, but the fundamentals really aren’t as bad as many are letting on. The revenue has continued to grow and margins have been squeezed with new process and manufacturing expense, however, the demand for chips is only going to keep growing and Intel still has significant market share across client, datacenter, edge, and has a growing portfolio to address the opportunities in AI, FPGA, and other emerging segments for semiconductors.

The horizon for Intel, if it can execute against its plan, is encouraging, but will present challenges. With a P/E of under 10 though, it is hard to not see long term potential upside. If the foundry business, discrete graphics, datacenter, and networking business can offset the increasingly competitive client business, then I like its prospects starting in 2H of 2023 to really see margins expand and growth to accelerate. Policy is something to watch for as well as the company is well positioned to be a beneficiary of potential on-shoring efforts that have been exacerbated by the pandemic induced supply chain issues.

Intel Announced the Acquisition of Granulate, an Israeli Autonomous Optimization Software Vendor, to its Recent String of Acquisitions and Keeping Pressure on Competitors