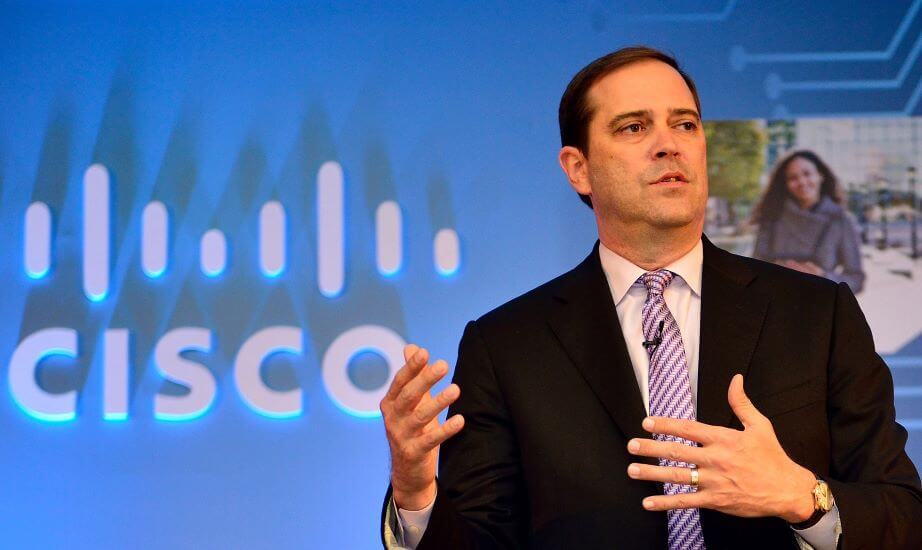 The News: Cisco shares fell 6% in extended trading on Wednesday after the data center networking hardware maker said it expects this quarter’s earnings to be lower than analysts had expected. The company revealed the news in its earnings report for the quarter ended May 1, its fiscal third quarter.

Cisco reversed a five-quarter streak of revenue declines, posting nearly 7% growth year over year, although the quarter included 14 weeks, rather than 14 in the year-ago quarter. Read the full news story on CNBC. 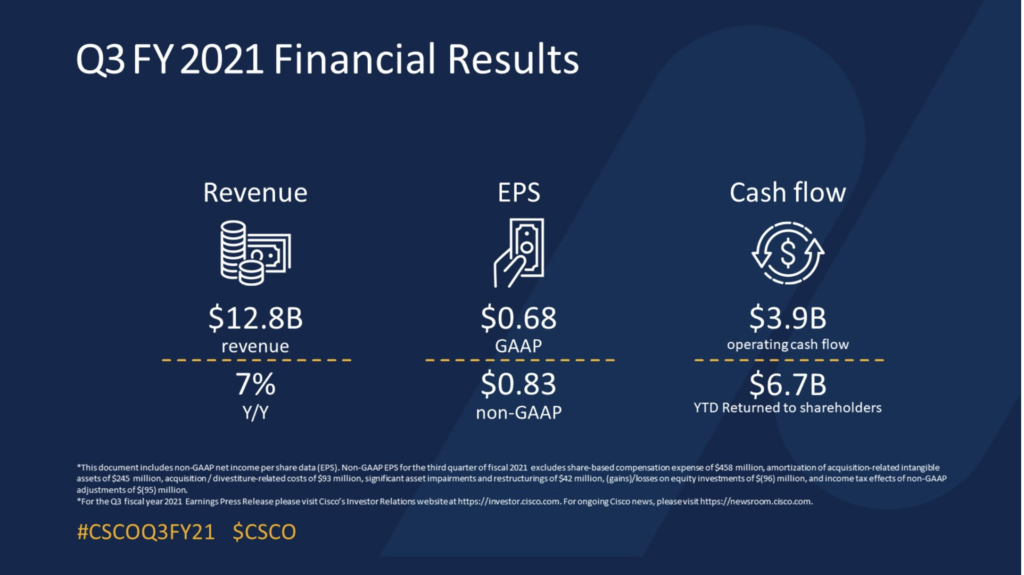 Analyst Take: Cisco reversed fortunes and delivered growth after a tough year that Covid-19 and significant challenges with supply-chain highlighted. This quarter was an important moment for on-premise IT OEM and Vendors as we have seen Cloud run rampant throughout the pandemic. Still, larger infrastructure companies have struggled to achieve growth or even remain flat, hence Cisco’s multi-quarter slide.

I see this quarter’s result as a much-improved outcome.

It’s important to point out that Cisco, while well known for its enterprise business, has a significant cloud-scale business and sells volumes of products to large cloud providers and cloud-scale application providers. This business is up 50% over the past 12 months, and saw 25% growth this quarter.

Moreover, Cisco is positioning itself to be involved with macro tech trends, including hybrid work, consumption services, cybersecurity, 5G, and more. Its execution in these areas will be paramount, and its transformation from cap-ex hardware and warranty revenues to recurring software and services revenue is a key focal point for the company and those analyzing its transformation.

Strength Across Segments and Regions, But Security and Asia Lead the Way

Cisco saw growth in its three major technology segments, including Infrastructure, Applications, and Security. However, despite its massive $14 billion software run-rate, this quarter’s most considerable growth came from its security segment at 13%. Infrastructure grew 6% while applications increased 5%.

Another point of interest is where the growth is happening. While the company saw growth in all three major regions, APJC grew significantly faster (19%) than EMEA (11%) and the Americas, which only saw 2% growth. I believe this indicates Asia’s speedier return to more of a pre-pandemic normal before Europe and the US. A return to work and offices and commerce began to take place, the need for prem-based architecture increased.

Cisco did see record demand for its Webex offering, and while it is categorized in the applications group, it likely had a big part in the 5% growth seen in that business segment.

One of the most compelling data points I saw was the above-mentioned $14 billion software run-rate for software. As more and more workloads move to the Cloud, Cisco’s diversification with services and software will continue to gain importance.

For the quarter, software drove $3.8 billion, above that $14 billion clip on an annualized basis, and perhaps the most notable thing was that the company saw its ARR for software revenue reach 81%–a 7% YoY growth in this category and a strong recurring number that should provide confidence in the stability and direction of the company’s software endeavors.

Headlines indicated that the company’s hard sell-off after the report hit the wire was due to soft guidance. However, the guidance came in at levels matching the current quarter with a midpoint for revenue growth of 7% YoY while delivering similar earnings to Q3.

Concerns about chip shortages, challenging supply chains, slower than “Cloud” growth rates, and macroeconomic and policy implications like inflation and tax have been a constant wall for valuation growth even despite relatively strong long-term earnings expectations across tech.

The guidance of 81-83 center per share in the company’s fiscal Q4 was about 2-4 cents off expectations, and revenue of ~$12.8 Billion was just above expectations. Making it hard to think the guidance would induce such a strong sell-off after hours.

This quarter marked a significant turnaround and showed a signal that health is returning to the IT OEM space. I had said before earnings that Cisco’s results would be a bell-weather, which has turned out to be absolutely the case.

While 7% YoY revenue growth may not excite those chasing exponential tech growth, the reversal of the downtrend and the positive momentum across the companies’ three major segments and regions indicate a healthier business that manages its supply chain and deals with the headwinds effectively.

Q3 marked an encouraging quarter and outlook for Cisco, which shows promise for names reporting in the coming weeks, including HPE and Dell Technologies.

This quarter marked a big turn around and shows sign that health is returning to the IT OEM space. I had said prior to earnings that Cisco’s results would be a bell weather and this has turned out to absolutely be the case.

While 7% YoY revenue growth may not excite those chasing exponential tech growth. The reversal of the down trend and the positive momentum across the companies three major segments and regions indicates a healthier business that is managing its supply chain and dealing with the headwinds effectively.

An encouraging quarter and outlook for Cisco, which shows promise for names reporting in the coming weeks including HPE and Dell Technologies.

The Apple Move Away From Qualcomm Modems Is Overblown Old News