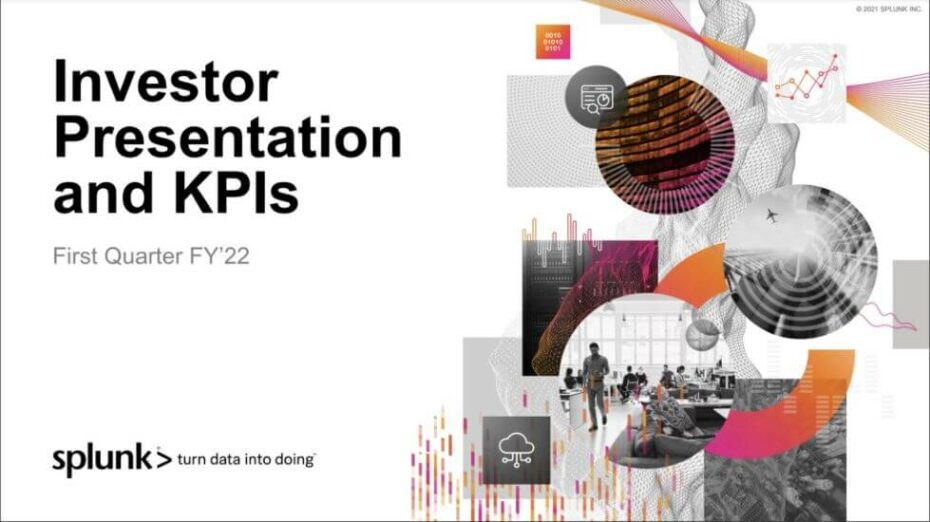 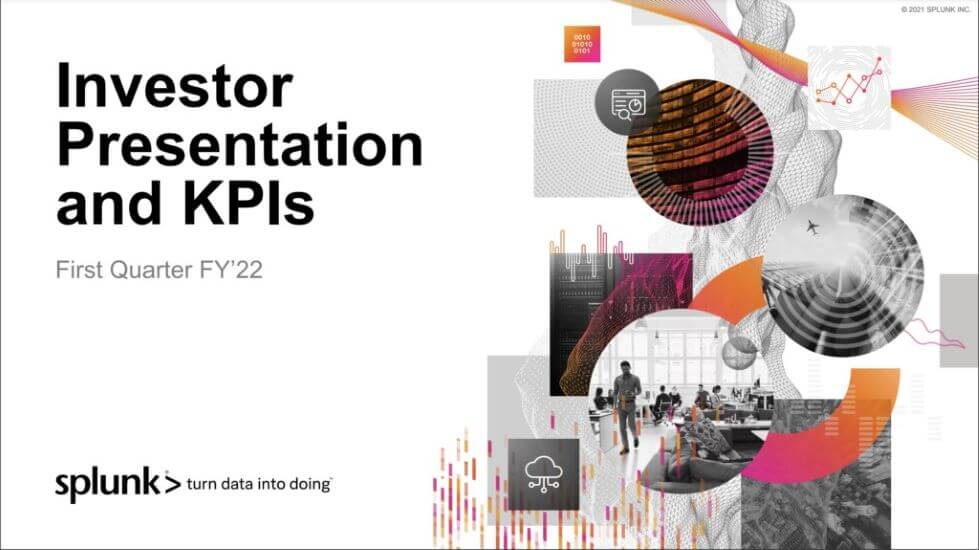 Analyst Take: Splunk delivered another quarter of revenue growth and double-digit year over growth. EPS is still negative, indicating significant resources being invested in growth, and being slightly worse than estimates, the street was hard on the stock after earnings.

Having said that, I believe the company is in the middle of an important pivot and while negative EPS isn’t ideal, shifting to Splunk Cloud, and making the necessary investments to accomplish this is the appropriate course of action at the current juncture.

It Remains All About ARR and Cloud

Not a lot has changed for me in the first quarter as I continue to be focused on a couple of key items for the company. These are especially important to pay attention to given the transition the company is making to subscription and cloud versus its legacy licensing revenue.

The first was monitoring YoY overall ARR growth. This is the run-rate of active subscription and this is foundational to the business’s continued top line growth. The second focus was on the growth of cloud ARR. After a brief dip to 71% in Q3 2021, the company returned to back to back 80+ percent growth in cloud jumping from $480 million in the same period last year to $877 million in the quarter.

Overall, ARR came in at a solid 39% growth, but lagged the past four quarters, which all came in above 40%. Of course, it is worth noting that the revenue growth overall has Splunk at a total of $2.468 billion ARR. 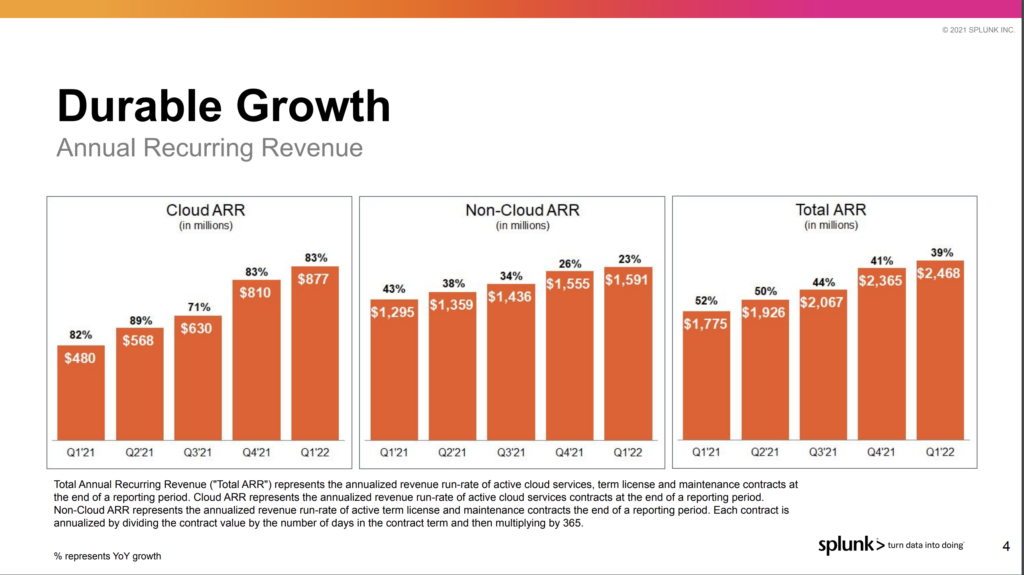 Another number I’ve been watching on a quarterly basis has been the company’s acquisition of large customers (>$1 million). This quarter the company saw 27 new customers over $1 million in ARR and grew their cloud customer’s with ARR over a million by an impressive 99%.

An impressive list that includes many large and well known companies and organizations around the globe. 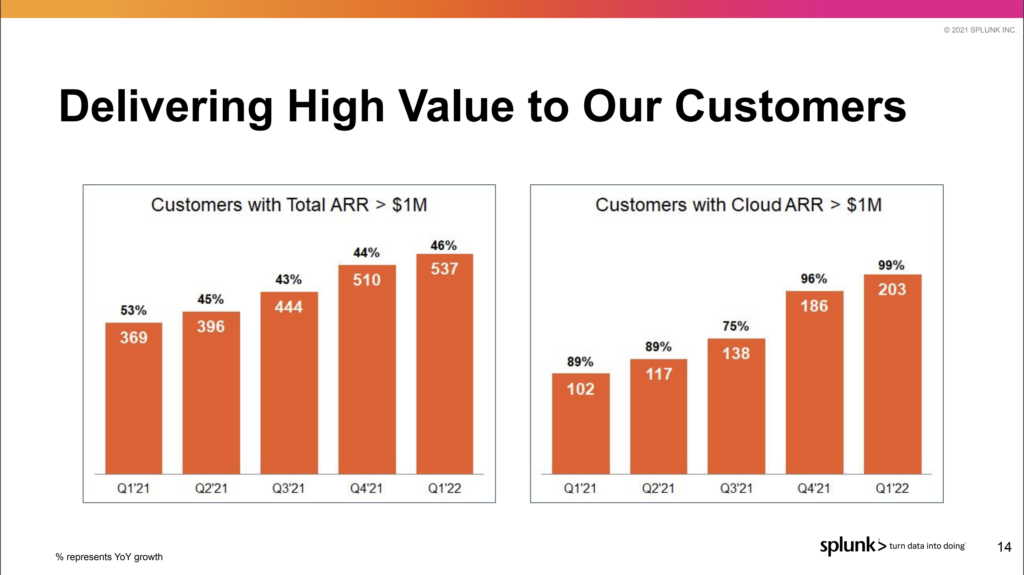 The fiscal Q1 results for Splunk were robust overall and the company was able to continue to gain momentum in its key focal points IT, Security, and Observability. The company also made some strategic acquisitions including TruSTAR, adding to its security portfolio.

The execution of the company’s key objectives of migrating workloads to Splunk Cloud has shown strong uptake from customers evident in the revenue and large deal conversions. The significant uptick in ARR, especially in cloud is a clear indicator that the company’s strategy is working.

Also, the overall revenue growth YoY was solid and the EPS loss isn’t atypical of a high-growth company. Especially one that is in a notable transition from licensing to subscription models. The trend lines are encouraging and the growth in adoption of Splunk’s technology and the strong conversion of revenue to ARR should traverse in the next fiscal year returning the top line to growth.

Splunk didn’t give full year guidance, but provided the following for FY ’22 Q2: