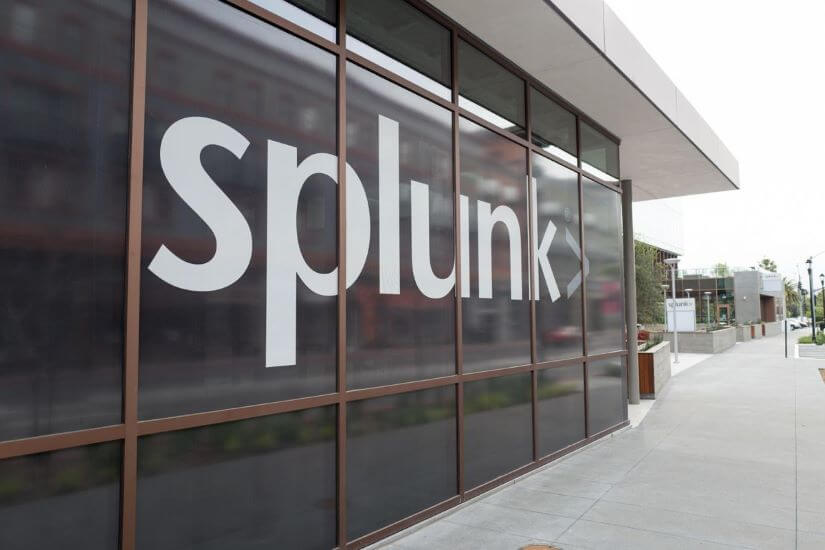 Analyst Take: The top and bottom line result for Splunk this quarter outpaced the consensus. While analysts sought $650-$700 million for the company’s fiscal Q4, the company had a significant beat despite being down 6% from the year before. EPS was also way above guidance coming in at $.38 vs. $.04.

The company finds itself at the center of a major growing need for company’s to better handle the exponential growth of data. The ability to keep IT running and data secure are focal points of companies in every industry. Observability is also in high-demand and the company’s new Observability suite has up-leveled the company’s offerings and will be a driver in winning more business in coming quarters. Splunk has continued to show strength in all three areas. This positioning has Splunk well placed to continue growing and that is evident based upon the company’s overall results this quarter.

It’s all about ARR and Cloud

In my preamble up to the earnings, I was focused on a couple of key items for the company. These are especially important to pay attention to given the transition the company is making to subscription and cloud versus its legacy licensing revenue.

The first was monitoring YoY overall ARR growth. This is the run-rate of active subscription and this is foundational to the business’s continued top line growth. The second focus was on the growth of cloud ARR. After a brief dip to 71%, the company returned to 80+ percent growth in cloud jumping from $630 million to $810 million in the quarter. Strong continued growth in cloud ARR saw the company jump from $442 million to $810 million over the last one year period. 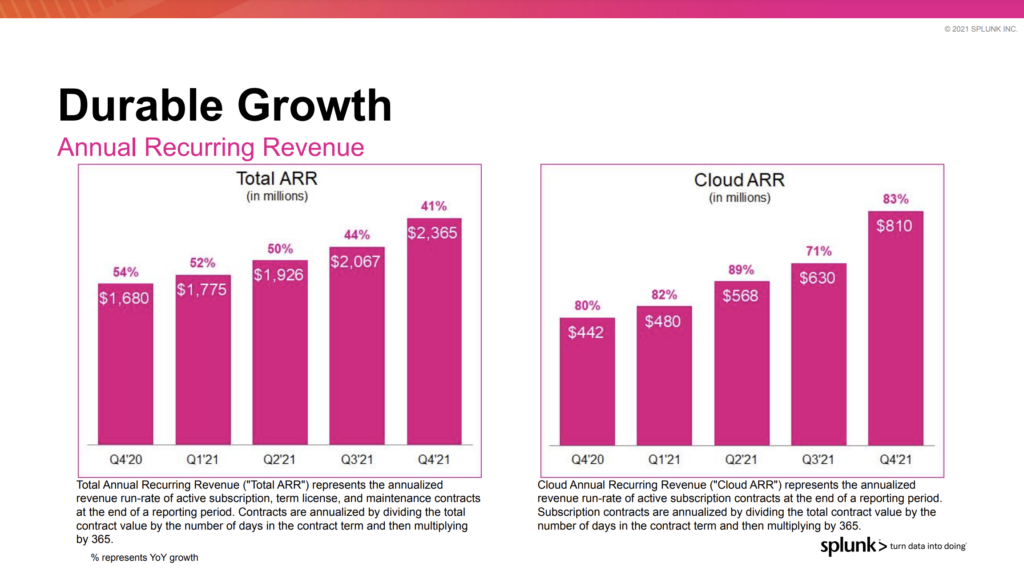 I’ve also been eyeing the big customer wins that Splunk has been able to reel in over the past 3 years. Since FY 2019, the company has more than doubled its base of million-dollar-customers (ARR). And while the law of large numbers has slightly lowered the percentage growth, the company was able to add 155 customers that fit the $1 million recurring revenue.

A list that includes many large and well known companies and organizations around the globe. 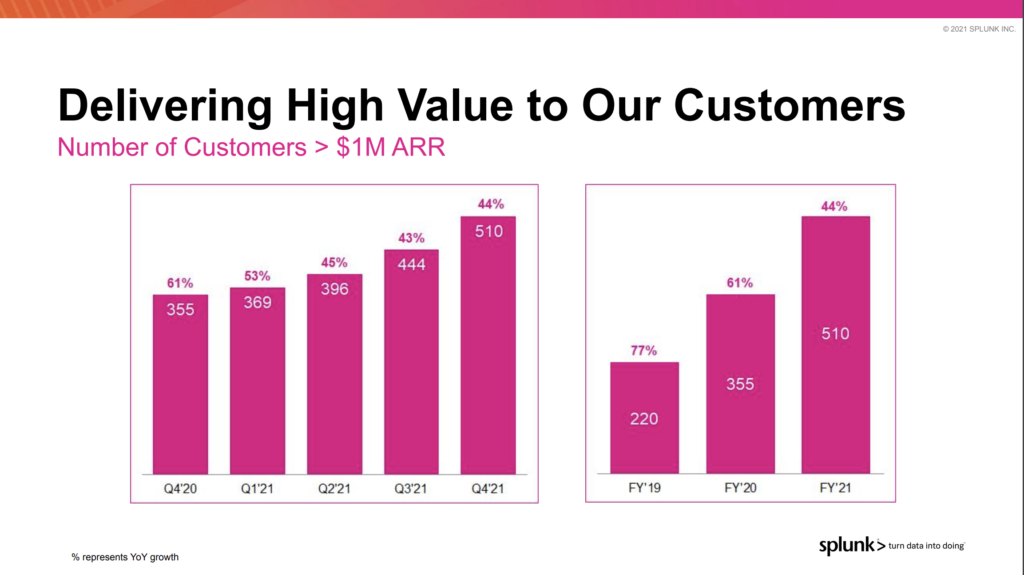 Overall Impressions of Splunk Q4 Result and a Look Ahead

The fiscal Q4 and overall year results for Splunk were robust and the company was able to continue to gain momentum in its key focal points IT, Security, and Observability.

The execution of the company’s key objectives of migrating workloads to cloud has shown strong uptake from customers evident in the revenue and large deal conversions. The significant uptick in ARR, especially in cloud is a clear indicator that the company’s strategy is working.

The slight decline in revenue YoY isn’t atypical of a company in transition from licensing to subscription models. However, the adoption of the technology and the strong conversion of revenue to ARR should traverse in the next fiscal year returning the top line to growth. The company took returned to pre-subscription focus levels in just 4 sequential quarters.

Splunk didn’t give full year guidance, but estimated $480-$500 million in its Q1 FY ’22. This is an uptick from last year’s same period, which was also the company’s first after the transition to the subscription focus.