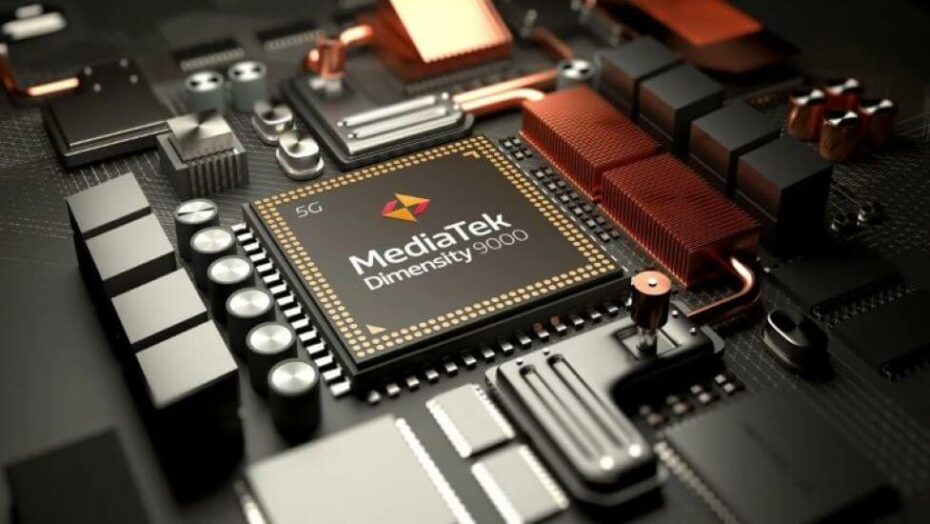 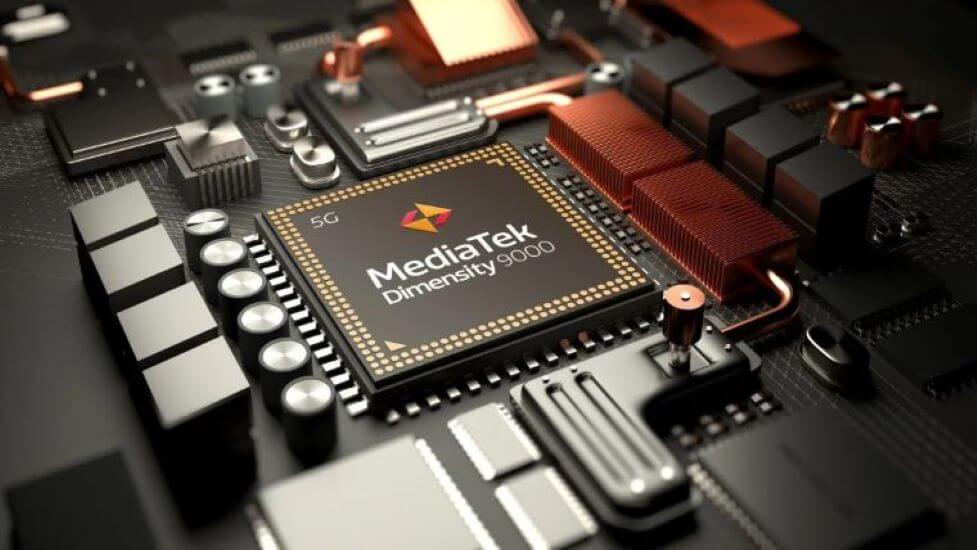 The News: Mobile chipmaker MediaTek just announced its latest flagship SOC dubbed Dimensity 9000. Built using TSMC’s 4nm process and Arm v9 architecture, it uses a single Cortex-X2 performance core clocking at 3.05GHz, three Cortex-A710 cores clocking at 2.85GHz, and four Cortex-A510 efficiency cores clocking at 1.8GHz. Its GPU allegedly brings a 4x performance improvement to its AI engine. It will also reportedly support Micron’s LPDDR5X DRAM memory for mobile. MediaTek introduced Dimensity 9000 as its most powerful chip ever, and claims that it can go head to head with the mobile industry’s premium Android SOCs, taking obvious aim at Qualcomm’s Snapdragon 888. This is not the first time that MediaTek has attempted to develop a premium mobile SOC but fell short of that goal, leading many industry analysts to wonder if this time will be different. In my view, it won’t be. Read about MediaTek’s Dimensity 9000 announcement here.

Analyst Take: Every year, MediaTek announces its new flagship mobile chipset just ahead of Qualcomm’s Snapdragon Tech Summit. Like solstices and the equinoxes, you can pretty much set your calendars to it. So, every year around this time, we go through the same song and dance with MediaTek pitching its latest flagship mobile SOC as a “contender” to Snapdragon’s premium mobile SOC even though it isn’t. And despite speculation and a handful of impressive looking data points, I believe that MediaTek’s latest flagship mobile SOC falls short of belonging in the premium tier yet again.

This year’s hot new flagship chipset from MediaTek is the Dimensity 9000, and the company’s product marketing department would obviously love to convince the market that it is equal or superior to Qualcomm’s Snapdragon 888, which was introduced in December 2020 and powers flagship Android phones globally. Before I dive into why I don’t think a comparison is deserved, let me say that MediaTek’s Dimensity 9000 looks to have some solid specs. For starters, it is the first mobile chip to be built on TSMC’s 4nm process, which is arguably a potent selling point moving forward. It also uses Arm’s v9 architecture, with a single Cortex-X2 performance core which clocks at 3.05GHz, three Cortex-A710 cores clocking at 2.85GHz, and four Cortex-A510 efficiency cores clocking at 1.8GHz. Its GPU is a 10-core Arm Mali-G710, which, working alongside MediaTek’s 5th generation APU with six total cores for AI processing, allegedly brings a 4x performance and power efficiency improvement from previous iterations. Dimensity 9000 also sports MediaTek’s 7th gen, 18-bit Imagiq ISP which can allegedly capture an impressive 320 megapixel image and transfer data at an alleged 9 gigapix per sec. We will discuss that claim shortly.

All of this to say that MediaTek makes excellent chipsets, and the Dimensity 9000 looks really impressive in its own right, at least on paper. The problem though, at least in my view, is that these impressive but cherry-picked specs and benchmarks are saddled with a mixed bag of convenient omissions, dubious claims, and obvious shortcomings, like, for instance, the fact that Dimensity 9000 isn’t even mmWave ready, which effectively excludes it from the US market and makes it difficult to take seriously as a premium mobile chipset in 2021, let alone going into 2022. In my view, a premium competitor to Qualcomm’s Snapdragon 888 it isn’t, and let me explain why:

Let’s start with a bit of history, because there is a very big difference between announcing a product with claims about what it can do, and actually delivering on those claims in the real world.

For all its chipmaking prowess, Mediatek has, on occasion, struggled to bridge the gap between claims and reality. And to be fair, MediaTek is not the only chipmaker to fall short in that department. But “once burned, twice shy,” as the saying goes, and so right out of the gate, the feeling of déjà vu I am getting from this announcement immediately makes me skeptical about some of MediaTek’s claims. As it is my responsibility as a tech analyst to verify claims made by companies, or at the very least not simply take them at face value, until MediaTek’s claims can be independently verified, I will take them with a very big grain of salt. I wish I could forget that MediaTek isn’t exactly the most trustworthy company in the mobile industry, but in case you have forgotten, MediaTek was caught cheating on benchmarks last year.That makes taking the company’s claims at face value virtually impossible.

2. Historically, Qualcomm executes while MediaTek chases. Nothing I have seen in the last 12 months appears to have changed that dynamic.

For starters, Dimensity 9000’s absence of support for 5G mmWave means that it won’t be a factor in the U.S. anytime soon. That’s a non-starter for MediaTek’s ambitions, particularly in the premium mobile tier, and especially as a “contender” to Snapdragon 888, which of course is already completely mmWave-ready. As I see it, until MediaTek can deliver a mmWave-ready SOC, it won’t qualify as a credible Snapdragon competitor, let alone in the premium tier.

Second, and equally important strategically, all major Chinese 5G phone makers (namely Xiaomi, Honor, vivo, and OPPO) have already established two-year agreements for premium and high-tier handsets with Qualcomm. Samsung also continues to choose Snapdragon, with Snapdragon 888 powering the latest Flip and Fold devices globally. I don’t see any signs of that partnership changing with regards to their premium devices in 2022.

In other words, between Qualcomm’s two-year agreements with major Chinese OEMs and the strength of its relationship with Samsung, I don’t see where MediaTek can even attempt to insert itself into the premium mobile SOC market, let alone make a dent in Snapdragon’s leadership in the premium android tier.

Something else to consider: If you want to lead in premium mobile, you need to develop your own custom IP blocks (AI, DSP, audio, GPU, CPU), which Qualcomm does, or will do with Nuvia coming in CPU. Taking off-the-shelf IP from Arm and others instead of customizing can work for lower tiers, but not if you want to compete in premium and differentiate. That’s a pretty big differentiator between both companies. As I see it, MediaTek isn’t even playing in the same sandbox as Qualcomm.

Even if Dimensity 9000 were to actually manage to deliver on its performance promises — and that remains a very big question — no major OEMs have any reason to jeopardize their own premium product ecosystems on such a risky bet. There’s simply no upside to it. This is especially true on the eve of Qualcomm announcing its next-gen premium mobile SOC next week, which will very likely blow the barn doors off Dimensity 9000’s performance claims.

While MediaTek’s Dimensity 9000 looks like a good mobile chipset on paper and boasts some impressive processing numbers, it nonetheless fails to measure up to Snapdragon 888 in six critical areas that matter more than just raw processing power: modem/connectivity, camera / computer vision, AI, and mobile gaming/graphics. Let me break it all down for you:

MediaTek’s Dimensity 9000 is Forward Progress, But It’s No Comparison to Qualcomm’s Snapdragon 888

In summary, MediaTek’s Dimensity 9000 is an impressive mobile SOC, and an important leap forward for the company. The mobile space is certainly richer for the improvements it brings to the market and the competition this creates, and I don’t want to take anything away from MediaTek’s achievement, progress, and effort.

My conclusions become all the more salient as Qualcomm is poised to unveil the successor to Snapdragon 888 next week at its Tech Summit, effectively relegating MediaTek’s Dimensity 9000 to a comparison against last year’s premium SOC features. In my view, trying to compete with last year’s features and performance benchmarks, and mostly falling short of accomplishing even that, doesn’t make you a realistic contender in any industry’s premium tier. MediaTek remains, as it has been for some time, a consistently competitive player in the medium and high tiers in the mobile ecosystem. It doesn’t look like 2021 and 2022 will bring any change to the very respectable space that the company occupies in the market.