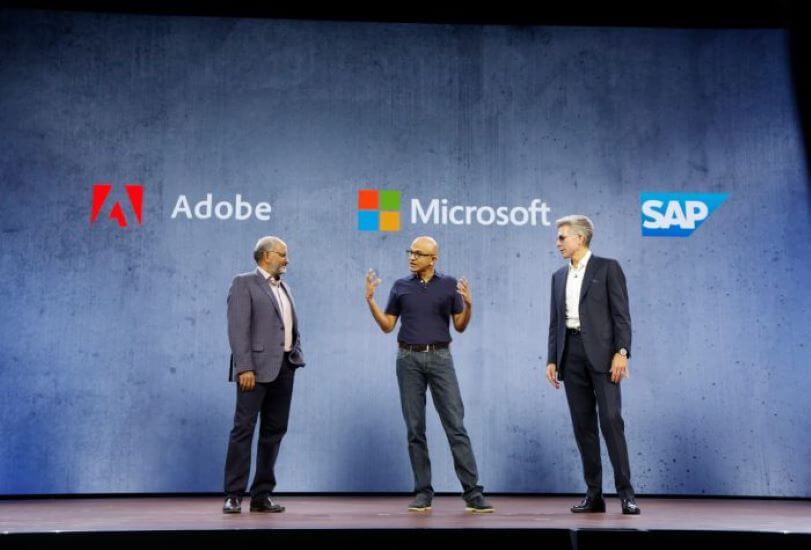 This week at Microsoft Inspire in Las Vegas, an event that started on July 14 and closes on the 18th, the founding partners of the Open Data Initiative (ODI), which is comprised of Microsoft, Adobe and SAP, delivered a much needed update. At the Inspire event, Microsoft showed a number of new capabilities that focused on the ability to move data from a variety of sources, enrich it in Microsoft Azure and then format the data as such (schema, metadata) that it can be used to enhance analytics performance of applications such as Dynamics 365, SAP C/4 and Adobe Experience Platform. Read more about the announcement on CNBC.

Analyst Take: Last week, I spoke to CNBC about the Open Data Initiative and the journalist, Jordan Novet asked me a great question about how ODI is any different than the connectors of yesteryear. After some thought, I replied to him with the following written statement:

“People have been using ETL and Data warehousing for a long time, so this idea of putting all the data into a single data lake isn’t by any means a new idea.The difference is going to be in the ecosystem and what that will mean to the enterpriseIn the past, to leverage an ETL feed you likely had to use a bunch of developers and APIs and complex code in order to get the data back out.

With 1DM acting as ODI’s common data model (schema and metadata) the requirement to use those developers, APIs and code becomes a non-issue. The intention of ODI is build a significant ecosystem of 1DM compliant partners. In the near term it will likely be 50+ partners. Then on top of that, the ecosystem of ISV’s that will build native Azure and SAP services (for instance) that can use the ODI compliant data natively will materially increase enterprise productivity across vast systems without any of the complexities of ETL.”

I believe that the Open Data Initiative is not only a sound approach to winning the SaaS battle with Salesforce, but it is also a highly altruistic approach to democratizing the way data is utilized in the enterprise. As an analyst, I was never skeptical about the solution that Microsoft was building, however, I was concerned about the ability of these three companies to be able to create enough intersecting points on their roadmap to be able to successfully pull it off. I feel that the longer road to getting significant announcements out on the street is likely due to the challenges of getting the key executives from each company to find the time to invest in the initiative, but in the end, it is evident all three companies are bought in.

What I will be looking for next is scale within the program. For this to truly reach its potential, the format needs to win dozens of additional committed partners that plan to leverage the 1DM schema that powers ODI. The larger the ecosystem gets, the more compelling the initiative becomes. Furthermore, a larger ecosystem will directly slow Salesforce, which has prayed on providing companies that often felt trapped running monolithic applications a SaaS option that goes up easier and scales better than the competition. Today’s (and tomorrow’s) competition for business applications will be more complex as analytics and AI are taking center stage and forcing the hand of Salesforce to go beyond its roots to a hybrid architecture that will likely split loyalty among its user community.

I have a strong feeling the end game for the ODI founding partners will be good. With the community they have the capability to build, it will also be good for those far beyond the founding partners. The enterprises, the ecosystem of ISV’s and Developers, I could even argue this could wind up being good for AWS (I’ll cover this another time). But in short, we need a better plan for dealing with data, common data, a single format for data that all systems can recognize and benefit from. There is a lot yet to be seen, but if the founding partners execute as well as the market knows they can then there is a lot to be excited about.