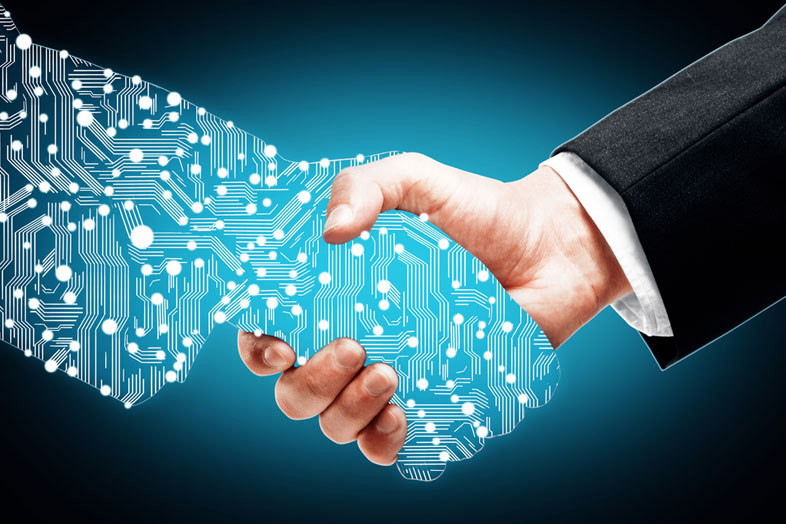 Sprint had been on the brink of death. From 2009 to 2015, the company went from a solid third place among mobile phone providers to dead last. It was then the company decided on a comeback. Their six-step plan, reminiscent of other successful digital transformation strategies, has already shown signs of progress and growth.

While at Pegaworld this year, I learned about the company’s comprehensive makeover. It doesn’t come as a surprise Sprint followed the same three strategies all prosperous digital rebirths share:

Wildly successful entrepreneur and current Sprint Corporation CEO, Marcelo Claure, is responsible for resuscitating Sprint. By adopting the above strategies, Sprint has the potential to become a digital phoenix, rising up from the proverbial ashes. His secret? They went from thinking like a corporation to thinking like a startup. Claure has given himself and his employees three to five years to turn the company around with his six-step startup-minded approach.

A 2015 study by independent research firm RootMetrics reported Sprint’s network has improved in several markets in reliability, speed, and other measures. Additionally, Sprint is utilizing a 2.5 gigahertz spectrum, a radio frequency rarely used in the United States. Today, Sprint controls more of this spectrum than any other carrier. With a new, humble approach to marketing, the company doesn’t boast being “the best;” Sprint acknowledges all networks are great, and then capitalizes on that fact: “why pay twice as much?” Sprint proves it is committed to competing with its continual improvements to bandwidth and speed, and a current focus on mobile-optimized streaming for videos, games, and music.

Claure cut costs at every turn, including downsizing his own office. Rumor has it he also reconsidered the number of wastebaskets at Sprint’s headquarters! Moving radio equipment has helped reduce network costs; relocating from leased land to government-owned property will save millions. A new and improved infrastructure has made the difference. All told, Claure has already successfully tightened Sprint’s proverbial belt to the tune of five billion dollars in less than two years.

Initially, customers’ priority is saving money. To capitalize on this primary goal, Sprint has lured customers with promotions to cut their bill in half when switching from a competing mobile phone carrier. These incentives are working to gain customer interest, but they’ve also proved successful in retaining it. By decreasing churn, or customer cancelation rates, from 2.3 percent to 1.6 percent in less than a year, as well as gaining more than 500,000 new monthly contracts in just one quarter, Sprint is demonstrating its staying power.

For the first time in a long time, Sprint is once again generating operating income and free cash flow, impressively passing AT&T and Verizon Wireless in net adds. Profits were made possible by improving the network, decreasing costs, and increasing customer base, but reinventing their brand had a lot to do with it, too. With former Verizon spokesperson Paul Marcarelli now at Sprint’s helm telling customers, I made the switch and so should you, Sprint has changed the landscape of advertising. All this, coupled with record low churn, improved company profits in a short amount of time. And this is only year two of Claure’s five-year plan!

Picnic anyone? To mark the exciting milestone of effectively cutting costs, Claure hosted a beer-and-barbeque party at which he promised employees things at Sprint would get better. And they did. It takes but a glance at Sprint’s Glassdoor reviews to see how employees feel about the company’s benefits. Ranking items from medical coverage to discounted phones and monthly plans, employees give Sprint four out of five stars. To boost employee drive and tenure, Claure has incentivized their professional contributions, offering everyone the same package as his: no equity until the stock rises! Much like their network, the fabric of Sprint’s company culture is improving.

During his Pegaworld keynote session, Sprint Chief Marketing Officer Roger Solé detailed how the company’s customer-centric strategies are making their comeback possible. In addition to a bigger network, improved customer retention, and competitive rates, Solé boils down their customer satisfaction approach in simple terms: “We give the customers what they want.” Still the only major carrier to offer unlimited data plans, Sprint continues to work tirelessly to keep the company’s costs down so they can do the same for their customers.

Claure credits Sprint’s success to the manner in which he manages the company: “We run it like a big startup…It’s very quick decision making, no bureaucracy, try new things, don’t be scared to fail and dream big,” he said. “All the basics that you apply to entrepreneurs and a startup, we apply to the Sprint re-startup.” The company has a clear purpose and vision, and the right people to get it done. Claure and his team are motivated, driven, and customer-focused. They are once again able to compete with other major mobile carriers, and are on track to successfully complete their five-year turnaround plan.

This post has been brought to you in part by Pega and they reflect the view of the author.