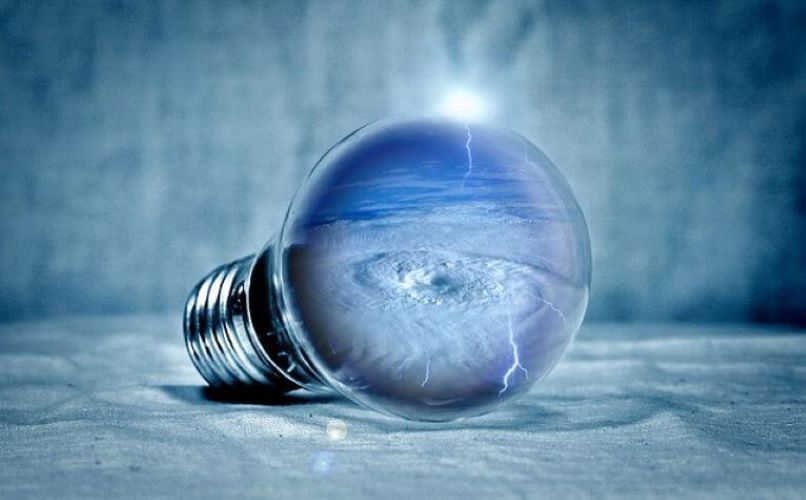 SAP earnings report results for Q1 are in, with what appears to be a good start to the year. In a CNBC interview on earnings, CEO Bill McDermott calls the company “the fastest growing cloud company in the enterprise software space,” and committed to improving operating margins by one point per year for the next five years. Per McDermott, the company’s plan for delivering for shareholders is to improve Cloud gross margins to 75 percent by 2023, as well as to focus on hiring and retaining the top talent in AI, machine learning, and big data. 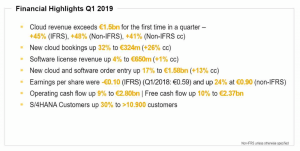 Analyst Take: SAP has been walking the line of giant legacy ERP company and next generation innovator. This quarter’s SAP earnings report shows that their migration away from legacy and into the innovator category has taken a positive turn. The key for this was achieving some significant milestones in the Cloud.

This quarter, for the first time SAP eclipsed 1.5 Billion in Cloud booking and saw the growth in that category rise to 32 percent. This type of growth, in addition to significant acquisitions including the likes of Qualtrics signifies a company that has recognized the need and started to gain meaningful traction as a Cloud company. The large price tag of Qualtrics did put operational pressure on the company and has led to some cost reduction activities, which likely impacted earnings per share. However, their operating and free cash flow were both up from the past quarter, meaning the company is running efficiently.

The growth of S/4HANA customers to more than 10,500 was also an encouraging result. All of this providing reason for investors and industry insiders to feel bullish about the prospects for SAP moving forward.

McDermott’s full CNBC interview is below: