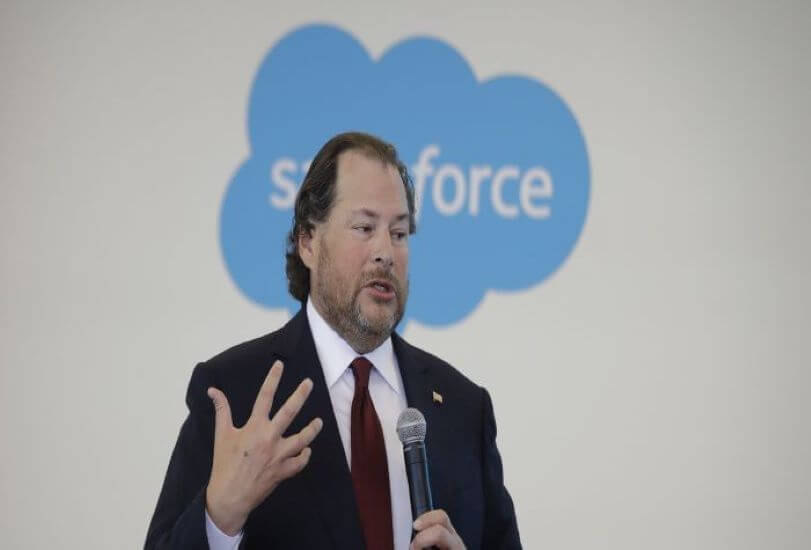 Retailers using Salesforce ecommerce software and selling automatic weapons have a choice ahead. The company recently modified its acceptable use policy  for customers using its software to market, manage customer relationships, and fulfill orders mandating that the company’s software must not be used to by customers who sell a range of firearms—including automatic and semi-automatic weapons. Read the full article at the Washington Post.

This is a difficult topic across the board. In fact even making a decision to write about it is difficult, because there’s always the risk of pissing off someone who feels differently on this topic than you might. That said, from a corporate standpoint, remaining silent—either silently in support or silently against or silently impartial—on this particular topic is generally the norm. That’s why this move by Salesforce is interesting and newsworthy.

Salesforce isn’t the only company to take what is likely to be a wildly unpopular stand as it relates to firearms. But before we tackle that, let’s step back and take a look at the company’s acceptable use policy in general.

The Salesforce Acceptable Use Policy covers, of course, how its software can be used and where its use is precluded. That includes things like using the platform for gambling, mining bitcoins, multi-level marketing, spamming via email, sending defamatory, profane, abusive, violent, etc., material, using the technology for racial profiling, discrimination and so on. As you can see, the company’s Acceptable Use policy includes many prohibitions that customers using the platform must agree to, as it has every right to do.

Here are the specifics as it relates to the provision in the company’s Acceptable Use Policy related to firearms:

Worldwide, customers may not use a Service to transact online sales of any of the following firearms and/or related accessories to private citizens. Firearms: automatic firearms; semi-automatic firearms that have the capacity to accept a detachable magazine and any of the following: thumbhole stock, folding or telescoping stock, grenade launcher or flare launcher, flash or sound suppressor, forward pistol grip, pistol grip (in the case of a rifle) or second pistol grip (in the case of a pistol), barrel shroud; semi-automatic firearms with a fixed magazine that can accept more than 10 rounds; ghost guns; 3D printed guns; firearms without serial numbers; .50 BMG rifles; firearms that use .50 BMG ammunition. Firearm Parts: magazines capable of accepting more than 10 rounds; flash or sound suppressors; multi-burst trigger devices; grenade or rocket launchers; 80% or unfinished lower receivers; blueprints for ghost guns; blueprints for 3D printed guns; barrel shrouds; thumbhole stocks; threaded barrels capable of accepting a flash suppressor or sound suppressor.

Salesforce is Not Alone When it Comes to Political Stances

When it comes to companies taking political stands, especially as it relates to firearms, Salesforce is not alone. In 2018, Shopify banned merchants from using its software platform to sell automatic and semi-automatic firearms. Dick’s Sporting Goods removed guns and ammo from about 125 of its 720 stores earlier this year, in what the company called the beginning of a multi-year initiative—and has suffered some significant loss of sales as a result. Walmart raised the buying age for firearms from 18-21 in its stores in 2018 and earlier, in 2015, banned the sale of military style firearms. Levi’s has taken a corporate stand on  gun violence and called on other business leaders to do the same, and both Levi’s and Tom’s Shoes have made large donations to organizations devoted to ending gun violence.

How do we, in America, where gun violence in general, and gun violence in schools in particular, is a monumental problem, solve this problem? If nobody—businesses or individuals—ever want to talk about it, and if companies are too fearful of losing customers and money to take a stand on any side of any issue, how does change happen? I’m pretty sure it doesn’t.

Salesforce’s Benioff is No Stranger to Big Moves

This is a big move by Marc Benioff, who is no stranger to making big moves. With a market value of $120 billion and some 40,000 employees, Salesforce is a behemoth company, and helmed by a leader who is not afraid of taking a stand on political and social issues, especially those related to gun control.

Benioff is a vocal supporter of corporate social activism, and is considered a CEO leading the charge and rallying other companies to step up on this front. In May, the Wall Street Journal reported on this topic, saying “Mr. Benioff is among CEOs of companies, including Apple, Inc., Bank of America Corp., Walt Disney Co., Intel Corp, and International Business Machines Corp., that have begun pressuring lawmakers on social issues, often with a warning: Change laws or risk losing business.”

Change, or Use Some Other Company’s Software

This isn’t exactly “new news.” The modification to the Salesforce Acceptable Use Policy specific to firearms was likely made in early April 2019—it’s just in the news of late. But it is very much an ultimatum to firearms retailers: Change or use some other company’s software.

This will be undoubtedly be a hot button issue for some Salesforce customers, and making a decision to move away from the company’s software platform as a result will not be an inexpensive one. But maybe that’s good. Salesforce, and any other company, has the right to do stand for whatever they want to stand for. Pro-gun, anti-gun, it doesn’t matter. There’s no rule of law that says companies must be apolitical and that they are required to sell their products or services to anyone who wants to buy.

So good for Walmart, and Dick’s, and Shopify, and Levi’s, and Tom’s Shoes—and Salesforce—for sticking their necks out on this particular issue and doing what they can to effect change. And also, good for Intel, and IBM, and Apple, and Disney, and Bank of America for also stepping up their collective social activism efforts. It is at no small cost to them, and potentially to their shareholders, but more importantly, something I believe these companies, and any company, have every right to do.

Microsoft Will Make Its Search AI Code Available to Developers

Technology War: Sanctions Against Huawei Impact US Chipmakers and Other Tech Cos

Samsung Developing Its Own Blockchain Network and Cryptocurrency?

Faulty Database Brings Salesforce [and Users} to Its Knees