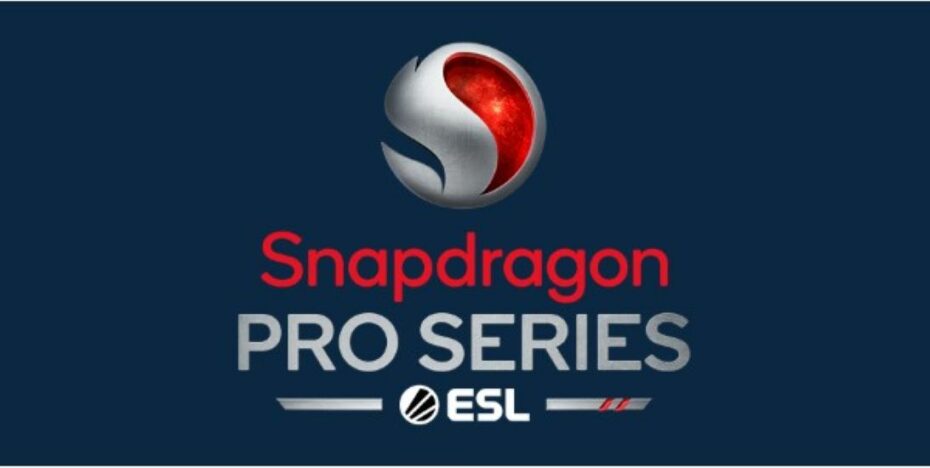 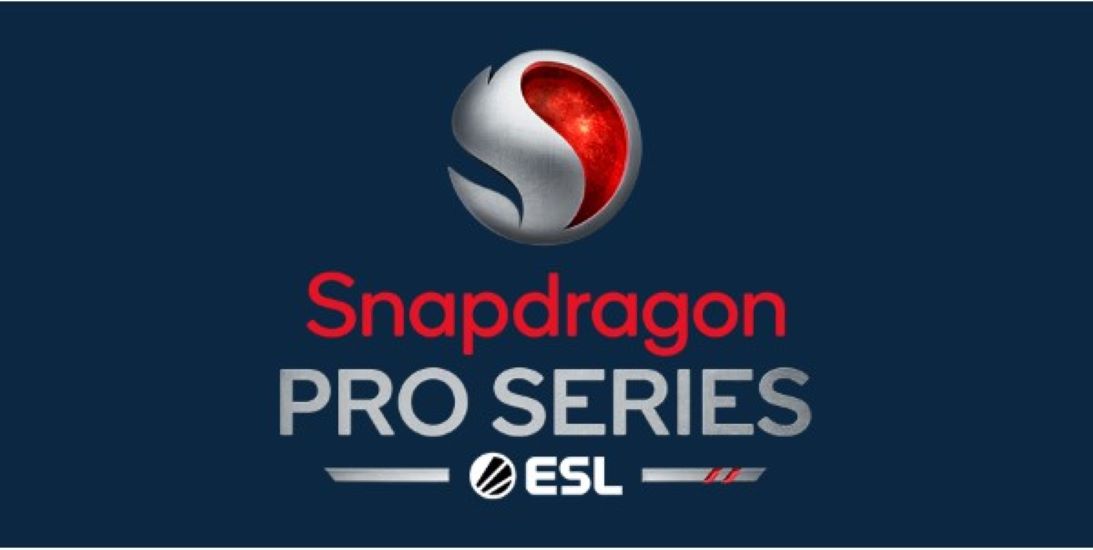 The News: Qualcomm is partnering with ESL Gaming to launch the Snapdragon Pro Series eSports competitions with tournaments in North America, Europe, the Middle East, China, North Africa and Asia-Pacific. The premium-tier event will leverage Snapdragon powered devices which are packed with the Snapdragon Elite Gaming technology. The tournaments will provide esports experiences to new and veteran competitors. To attract more players, the tournaments will include different tiers such as open, challenge and masters. Read the full Press Release from Qualcomm here.

Analyst Take: The eSports market is big and growing at a rapid pace, and it was no surprise to see news of Qualcomm partnering with ESL Gaming to launch the Snapdragon Pro Series eSports competitions. But first, a step back. Coming out of Qualcomm’s Snapdragon Tech Summit 2021 held on Nov 30-Dec 1 of this last year, we wrote about Snapdragon’s premium SoCs — Snapdragon Gen 8 — and how the focus at the Summit was exclusively on Snapdragon’s premium tier, which is all about powering mobile, PC, and elite gaming.

The beauty of this premium tier, flagship SoC is all about supporting peak performance. It’s processing power to the max, interoperability, impressive wireless capabilities, performance per watt, security, interfaces, AI, NLP capabilities, and beyond. And this flagship SoC is the foundation upon which Automotive platforms, wireless sound, RFFE, boundless XR and, you guessed it, elite gaming, are built.

A Quick Look at the Mobile Gaming Market

Video gaming is big, the mobile gaming ecosystem is even bigger — with 54% of gamers playing on smartphones and 35% playing on consoles — and it’s transcending myriad platforms and demographic segments. Here’s a look at some data from Statistica on the Mobile Gaming segment: 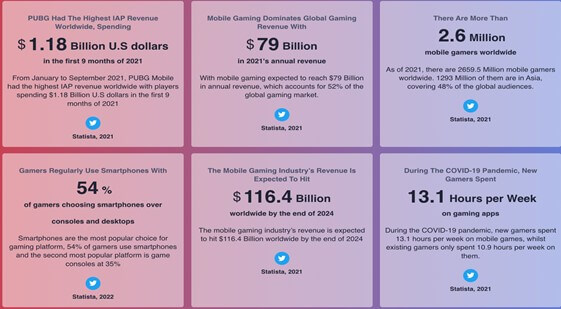 Here’s a look at just how big that mobile gaming user base was in 2021 — note how APAC and European markets dominate, with ~1.3 million and 552 million users respectively.

Bottom line, mobile gaming has quickly become the largest gaming market in the world and 72% of mobile gamers in the U.S. are also mobile phone gamers. With a global game market set to reach $196 billion in 2022, note that the mobile gaming market will account for $95.4 billion of that alone.

It of course is not surprising based on the data above that many vendors in categories such as virtual reality, desktop peripherals (e.g., monitors, keyboards, etc.), components (e.g., CPU, GPU, etc.), ProAV (e.g., digital signage, etc.) and smartphones have strategies around the mobile gaming segment. Although PCs and consoles have garnered the bulk of attention over the years, we’ve shown that the mobile gaming market is growing and expected to continue in that vein. There are a number of reasons for this.

Second, more established titles that have massive installed bases were traditionally on personal computers and consoles are being adapted to the smartphone because that’s where we’re seeing user preferences lie. For example, popular games such as Grand Theft Auto series is there and Call of Duty: Mobile was downloaded more than 170 million times in 2019 and downloaded 5.94 million times in January of 2022. We should also note that while mobile gaming is popular in general, female gamers have expressed a clear preference for mobile platforms, which we’re finding reflected in the most popular gaming genres. We’re also seeing females driving gaming competition online, with Skillz, a mobile gaming platform that powers over two billion tournaments a year reporting that 60% of the players using its platform are female. Skillz also reported that 64% of women report preferring mobile gaming over any other platform.

Third, the rollout of 5G will undoubtably improve download speeds and lower latency, which is especially key for more serious gamers. Fourth, the rise of virtual and augmented reality will also be a boon for the segment. For example, imagine playing a video game at an airport and extending the screen with your Google Glasses; simply, you are beyond the screen. Fifth, the rise of eSports competitions in primary and secondary education markets will also be key. For example, similar-to the growth of robotics competitions in STEM education, schools are increasingly starting eSports teams and competing at major competitions. Reality check on this front: my teenage daughters go to a fairly small all girls’ high school, which not only has an esports team, they also have students who have recently been receiving college scholarship offers to study esports. This isn’t something that’s happening in the future, the revolution in esports is happening right now!

In summary, we believe the Qualcomm ESL gaming partnership for the Snapdragon Pro Series tournament is the right move at the right time. We’ve already shown the upward trajectory of the Mobile Gaming market. Add to that the fact that ESL Gaming is a market leading gaming platform, which is a key part of the value prop of this equation, and that’s where the magic happens.

This provides Qualcomm the ability to create a community wrapped around its premium-tier Snapdragon powered devices (with Snapdragon Elite Gaming technology) at a time when communities around special interests are proving their weight in myriad ways — and will continue to do so for the foreseeable future.

We expect the market for mobile eSports to continue to rise and expect that it will rather quickly eclipse the growth of the traditional PC and console eSports markets. Factors that will contribute to this growth will be the rollout of 5G, augmented reality, virtual reality and the abundance of the 2.7 billion gaming users worldwide. And one last note, did you notice that the average revenue per user is projected to hit $64.66 this year? Do some quick math on market size and average revenue per user and you’ll have no trouble seeing why so many brands, including Qualcomm, are interested in this market segment. We’ll definitely be watching to see how this plays out.

MWC 2022: Qualcomm and the Metaverse