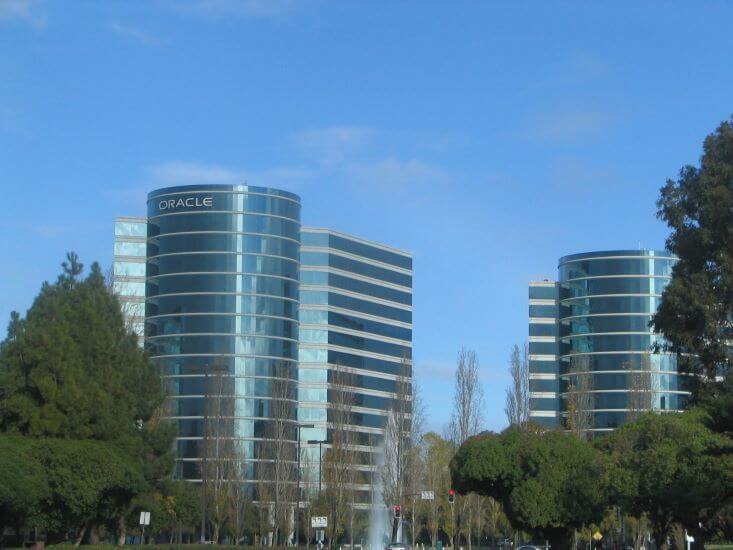 The News: Oracle shares moved 3% lower in extended trading on Wednesday after the enterprise software maker reported fiscal third-quarter earnings that exceeded analysts’ estimates and increased its quarterly dividend to 32 cents per share from 24 cents per share.

Oracle’s revenue increased by 3% on an annualized basis in the quarter, which ended on Feb. 28, according to a statement. Revenue grew nearly 2% in the prior quarter. Read the full news item on CNBC.

Analyst Take: Oracle has been the recipient of some strong positive momentum over the past month. It’s stock ran up to all time high today before settling slightly lower. Overall, this is an indicator of growing expectations that have come from the company as it continues to shift from its database roots to a full-stack cloud company. The sell-off after the results came in during after hours trading seems to reflect a continued pattern of price run-ups to earnings only to be sold off on news–seemingly even positive news.

Over the past two quarters, Oracle returned to growth amidst a tumultuous 2020 year that has challenged a number of traditional IT business models. In its second-quarter for its fiscal 2021 year, Oracle continued its YoY growth, albeit with a small gain of 2% that was the result of an offset of hyper-growth in some of its cloud/SaaS segments, while seeing a bit of a slow down in some of its on-prem and traditional business segments.

Breaking Down the Business Segments

Despite the pullback from some of the smaller segments, seeing 85% of its revenue in the black was able to carry Oracle to another quarter of modest growth. For the quarter, the cloud services and license support segment delivered $7.252 billion in revenue, growing 5% on an annualized basis coming in slightly below the $7.28 billion consensus among analysts polled by FactSet.

Revenue from its cloud and on-premises licenses came in at $1.276 billion for the quarter, which represented a slight growth from the $1.231 billion from the same time last year. This, along with the hardware and service categories have all seen some slow down due to the Covid-19 impacts on infrastructure and IT projects during 2020 and as the pandemic continues to limit mobility and large premise based infrastructure projects.

A continued bright spot for Oracle has come from its cloud applications businesses, which continued their rapid revenue growth with Fusion ERP up 30% and NetSuite ERP up 24%, a continuation of 33% and 21% from the previous providing confidence that momentum is behind continued growth for these cloud-based services. This growth adds to the more than 31,500 Fusion ERP and NetSuite ERP customers in the Oracle Cloud (Q3 Earnings Metrics).

It would be great to see more metrics in coming quarters here. Especially top line revenue broken out to get a better sense of how Oracle is competing against the likes of AWS, Microsoft, Google, and IBM.

A few of the highlighted customer wins from its earnings release: (abbreviated)

I appreciate that Oracle continues to share a diverse set of wins across its portfolio, and providing very specific examples of what solutions across its portfolio are being adopted. Customer proof is always a top indicator of a company’s trajectory, especially as Oracle seeks to prove itself as an impact player in the cloud.

Oracle and TikTok: Deal or No Deal?

During the most recent quarter, it was widely reported that ByteDance was walking away from its deal that would have landed a 12.5% interest in TikTok for Oracle. As time passed, the deal gained less attention, and frankly I didn’t see great synergy from an operating level. Having said that, there was a strong investment opportunity to hold a large stake in the platform. I believe this has come to an end, but will update if developments occur.

Oracle’s growth this quarter, albeit only 3%, continues promising momentum from the company. Perhaps most encouraging is where the growth is coming from–SaaS and Cloud. The challenges in more legacy portions of the company’s business shouldn’t come as a surprise as diverse companies with significant on-prem IT business segments including Oracle, IBM, Dell, Cisco, and HPE, have all faced headwinds in their efforts to return to YoY growth. None seeing the double and triple-digit growth that pandemic friendly cloud and SaaS companies were able to realize.

For its fiscal Q4, consensus estimates anticipate ~4% growth targeting revenues of $10.84 billion.  The forward looking numbers indicate continued YoY growth that certainly warrants some of the positive sentiment Oracle had received recently, but probably doesn’t satisfy those seeking much faster growth from the tech sector. I expect the cloud and SaaS growth areas like Fusion and Netsuite, and Gen2 Cloud to carry the growth number for Q4 once again–Which is what Oracle should be hoping for.

The company also increased its dividend by 33% from $.24 to $.32, which could entice investors looking for potential yield and growth. This coupled with continued stock buybacks provide a catalyst for continued run up in the price as investor sentiment seems to be showing increased confidence in Oracle’s long-term prospects.

This quarter’s results continues a string of results from Oracle that investors and customers should be encouraged about. A third quarter of YoY growth in a year that has challenged many, but not all, legacy IT giants.