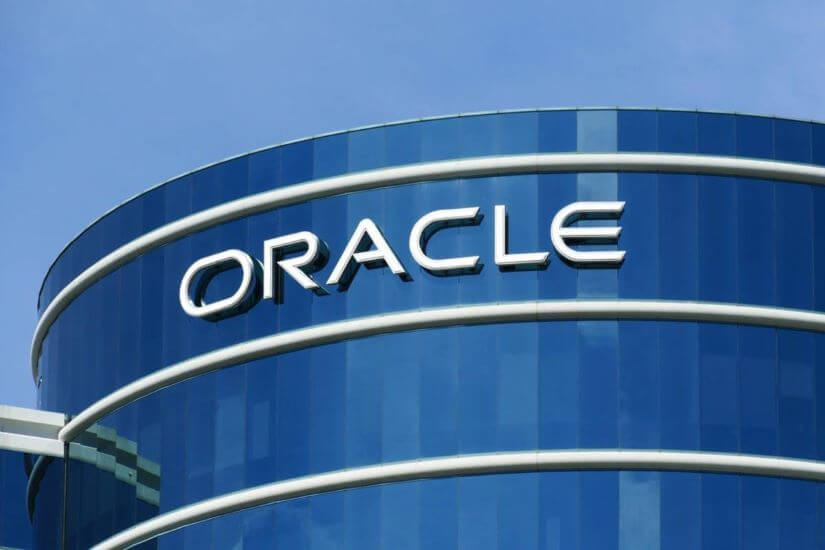 The News: Oracle announced the general availability of a new API for Autonomous JSON Database: The Oracle Database API for MongoDB. With the new API, developers can continue to use MongoDB’s open-source tools and drivers connected to an Oracle Autonomous JSON Database while gaining access to Oracle’s multi-model capabilities and benefits of a self-driving database. Customers can now run MongoDB workloads on Oracle Cloud Infrastructure (OCI). Read the Oracle Technical Blog here.

Analyst Take: Oracle is running out the gate at full throttle with the unveiling of the Oracle Database API for MongoDB, enabling customers to immediately run their MongoDB workloads on Oracle Cloud Infrastructure (OCI). The new API enables the migration and development of MongoDB applications throughout Oracle Cloud while also allowing developers to continue using MongoDB’s own native tools and drivers. As a result, I see no changes needed to existing applications, besides a connection string, as fueling adoption of the Oracle Database (DB) API for MongoDB.

Of note, the new API is MongoDB API version 4.2 compatible, including support of transactions and load balanced connections such as on MongoDB Atlas. One key distinction is that the MongoDB API is backed by Oracle use and roles management instead of MongoDB’s. I see this allowing Oracle’s enterprise-class security features to be used with MongoDB collections and rendering unified user management throughout Oracle Cloud Infrastructure easy.

Oracle is not standing still on this front — and plans to advance MongoDB aggregation pipelines. Today aggregation and analytics are fully supported by SQL over JSON data with only aggregation pipelines needed for MongoDB compatibility. Seeing the writing on the wall, I find it encouraging that MongoDB acknowledges the need for SQL support by adding $sql command/stage capabilities.

Through the Oracle API for MongoDB, the company states that customers can expect to surpass MongoDB limits and attain significant improvements across a wide range of DB capabilities. For example, Autonomous JSON DB supports a 32 MB maximum document size, whereas MongoDB support only 16 MB—a 2X advantage. For nested depth of documents, Autonomous JSON DB provides 1024 levels, MongoDB is constrained to only 100 levels — which is a 10X advantage. In addition, and something I’m particularly impressed by, is that customers can expect full ACID transactions over JSON data with no limitations. The table below demonstrates the full range of Autonomous JSON DB advantages: 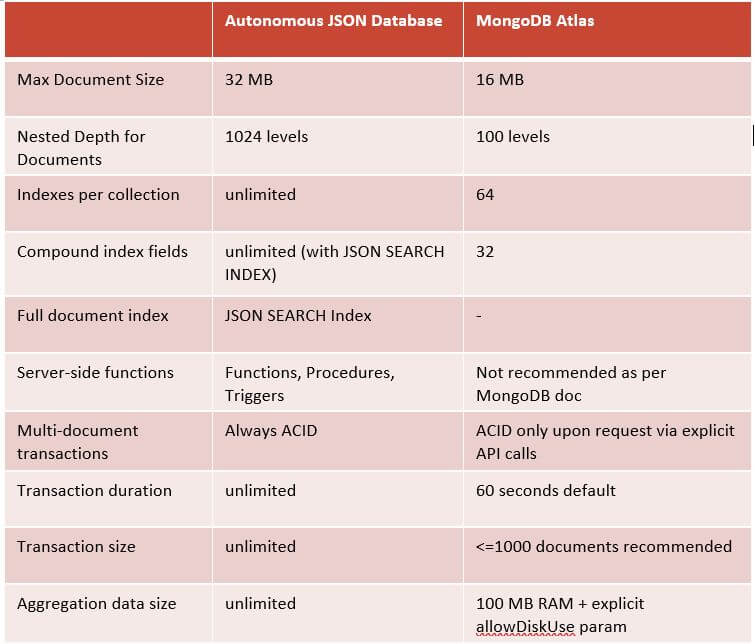 Autonomous DB also supports a wide array of key DB capabilities, such as SQL access over JSON documents, cross-collection analytics, multi-model DB, REST API data access, elastic scale, self-tuning, comprehensive security, and exposure of relational data as JSON collections, for which MongoDB has no support today. I’m excited to see that the Autonomous DB offering is more affordable — at $2.74/hour, whereas MongoDB Atlas on AWS is $3.95/hour in a comparable configuration.

Overall, I anticipate that all cloud database services are inevitably going to have to introduce higher degrees of automation and support for multiple data models. Nobody is engineering a cloud database to require more manual labor and support for fewer data models — that’s counter to the direction of technology progress. The difference is Autonomous Database has this today — where other databases aspire to be over the next several years. In essence Oracle is providing MongoDB application developers with a more advanced option that makes them more productive and makes their lives easier.