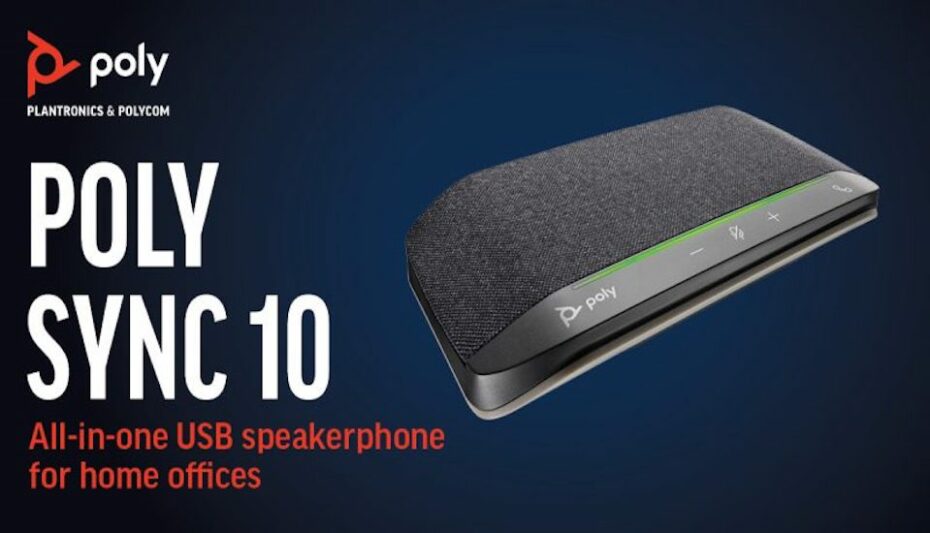 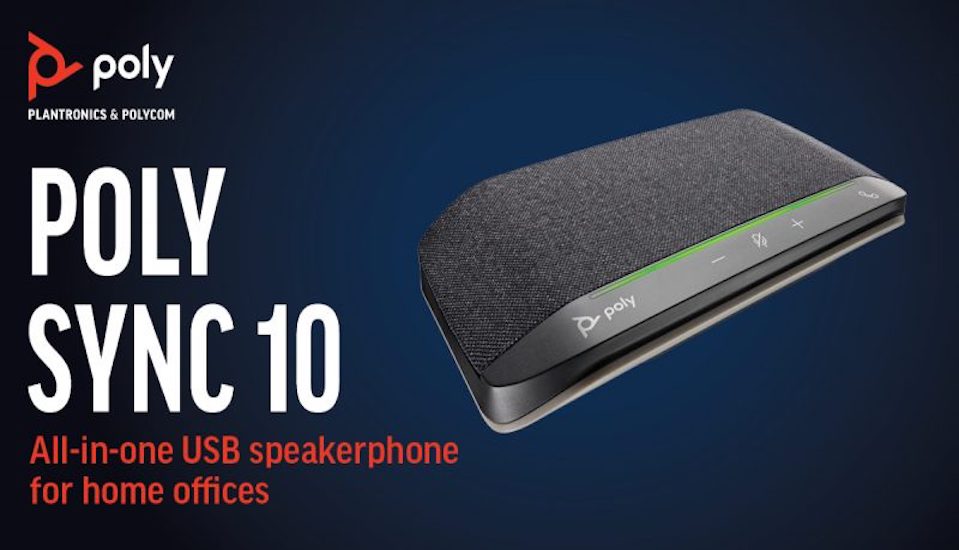 The News: Poly recently added its latest Poly Sync 10 speakerphone model, which is aimed at employees who are transitioning to hybrid work and require improved collaboration experiences. Read the full Press Release here.

Analyst Take: Hybrid work is not going away anytime soon and organizations and employees are continuing to seek products that can make their hybrid work experiences easier while also adding additional collaboration capabilities.

The new Poly Sync 10 speakerphone targets those users and is aimed to fill hybrid work requirements while bolstering collaboration with other employees.

I think this is a good fit for Poly’s all-in-one speakerphone lineup, delivering a speakerphone system that is priced under $100 and includes a wide range of useful features, such as USB and Bluetooth connectivity, IP64 dust and water resistance, and enterprise-grade hi-fi audio. The new Sync 10 is also small and portable enough for travel and is certified for use with Microsoft Teams and Zoom. Another feature that I thought was great is a dedicated Microsoft Teams button (on the Microsoft Teams version) that when pushed, instantly takes opens up access to the Microsoft Teams application. I believe that these are important features to include in a sub-$100 speakerphone built for workers in home and remote workspaces.

I also think it’s smart that Poly is addressing a wider audience of speakerphone users by releasing a lower priced device that brings office-like capabilities to more home or remote workspaces. Poly already has established enterprise speakerphone products for offices and conference rooms of all sizes, so the Poly Sync 10 speakerphone can help the company expand its sales and potential market share in the speakerphone marketplace.