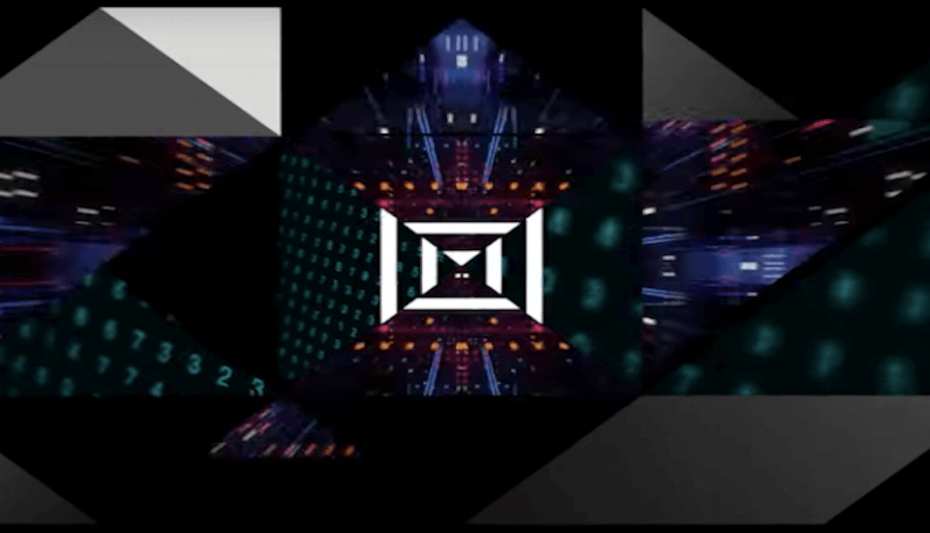 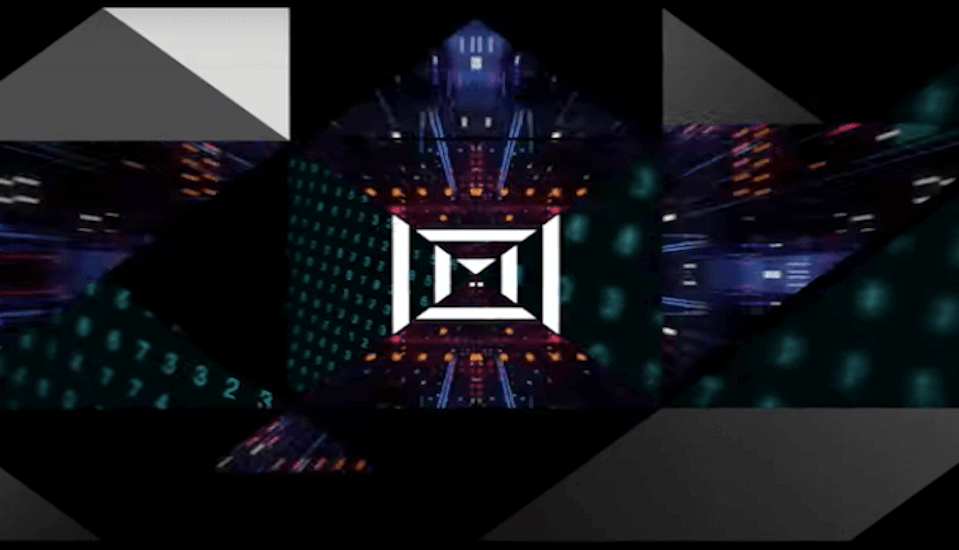 Marvell’s Q1 numbers beat across the board, including a record first quarter of $1.45 billion. This is a remarkable financial performance overall, and it shows how the company is advancing its strategic mission to diversify and grow its data infrastructure business and expertise to meet the evolving and growing needs of organizations across the digital ecosystem. For instance, Marvell President and CEO, Matt Murphy, emphasized that higher-than-forecasted results from the datacenter end market fueled revenue exceeding the midpoint of guidance.

With its core business in semiconductors and increasingly software, Marvell has fully pivoted to capitalize on the market opportunity beyond its previous consumer-focused specialization. This has continued to prove itself a critical transformation as it has been key to the company’s sustained earnings growth and sturdy diversification into key market segments.

The strong results including high double-digit and triple-digit growth in numerous areas is indicative of both a well-run strategy by Marvell, and also a broader microenvironment that is driving enterprise tech spend in deflationary technologies like AI, 5G, and Cloud. We see Marvell now as a major player across the semiconductor space that exercises considerable ecosystem influence and proven adept at uniquely capitalizing on secular growth drivers across the data infrastructure, cloud, 5G, and auto market segments to help power long-term growth.

We also find noteworthy Marvell’s M&A acumen as the company continues to obtain technology assets and expertise that swiftly augments its portfolio and bolsters its overall competitiveness. The May 2022 acquisition of Tanzanite Silicon through an all-cash transaction, which is designated to close by end of fiscal Q2 2023, can enable Marvell to broaden its addressable market and channel relations across the cloud-optimized silicon market segment.

We see this acquisition as an intelligent tuck in to the existing portfolio that will enable Marvell to lock in Compute Express Link (CXL) benefits such as extending the infrastructure agility needed to immediately allocate resources aligned to workload requirements which can produce improvement in use optimization as well as reduced total cost of ownership. Now Marvell can use CXL technology to power the built-out of fully disaggregated architectures as data center environments demand more higher speed interconnectivity coupled with optimized compute, networking, memory, security, and storage silicon fabrics and chipset solutions.

The Tanzanite deal follows on Marvell’s string of acquisitions that included Innovium for $1.1 billion in August 2021 and the completion of the Inphi acquisition for $10 billion in April 2021. We have been swayed by the size and strategic fit of its recent deals. Naturally, acquisitions come with risk, but these deals, together with Marvell’s existing portfolio and expertise, are setting it on a path for continued and sustained growth in a business marketplace that is generating heavy demand for these technologies and accompanying integration services.

Here is a look at the breakdown of market segment highlights: 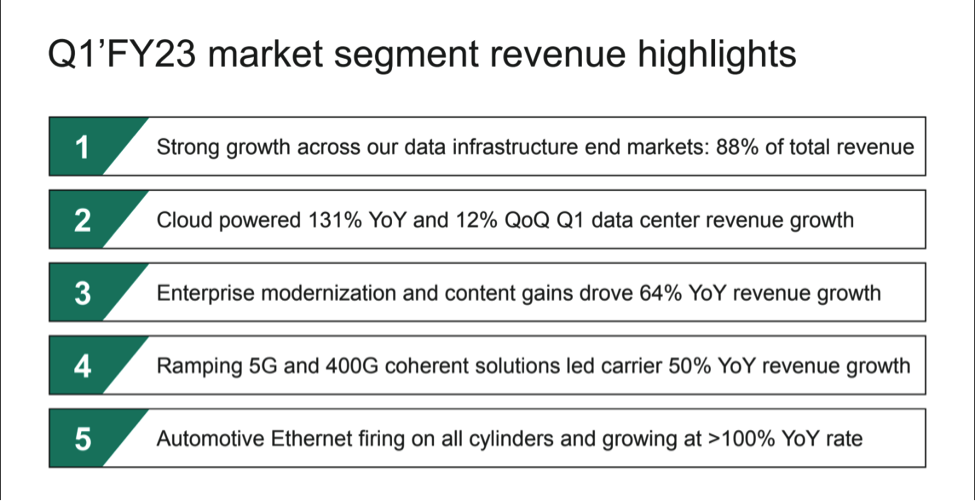 Since Marvell changed its reporting and provided more insights into markets, it has also helped the market and analysts better understand the company’s trajectory. The participation in secular trends including 5G, Automotive, Datacenter, Cloud, and Edge, are all material growth opportunities, which is reflected in its recent growth. While tech names have pulled back from all-time highs, Marvell’s performance has decoupled from the price action. And the demand and results indicate longer term promise for the company.

Marvell is making it clear that it is not resting on its laurels. The company announced it has shipped more than 100,000 400G Coherent Digital Signal Processors (CDSPs), developed to enable open and standards-based pluggable solutions for cloud and carrier networks worldwide. Marvell’s CDSP portfolio includes Canopus, breakthrough 7nm CDSP enabling 400G ZR/ZR+, metro and long haul pluggable optical modules, and the Marvell® Deneb, an ultra-low power, multi-mode 400G DSP for OpenZR+ and OpenROADM.

From our perspective, Marvell adroitly used OFC 2022 to promote the expansion of its cloud-optimized portfolio. In particular, the new Alaska A DSPs broadens Marvell’s lineup of high-speed transceivers, including line card retimers, gearboxes, and MACsec PHYs supporting up to 800G rates, as well as active optical cable (AOC) interconnect solutions. The new offering targets the unique demands of each cloud customer such as architectures, speeds, security, and distances.

As we see it, FY2023 should be another good year for Marvell, with continuing growth and steady leadership as it bolsters its market presence and mind share in the data infrastructure tech market.

Marvell has released estimates for its Q2 FY2023 outlook, calling for net revenue of about $1.515 billion and a non-GAAP gross margin of about 65 percent to 65.5 percent. The non-GAAP expected diluted earnings per share is expected to be 56 cents per share. A sound quarter with continued positive momentum, hard not to expect more of the same in the company’s next quarter, which will report in September.