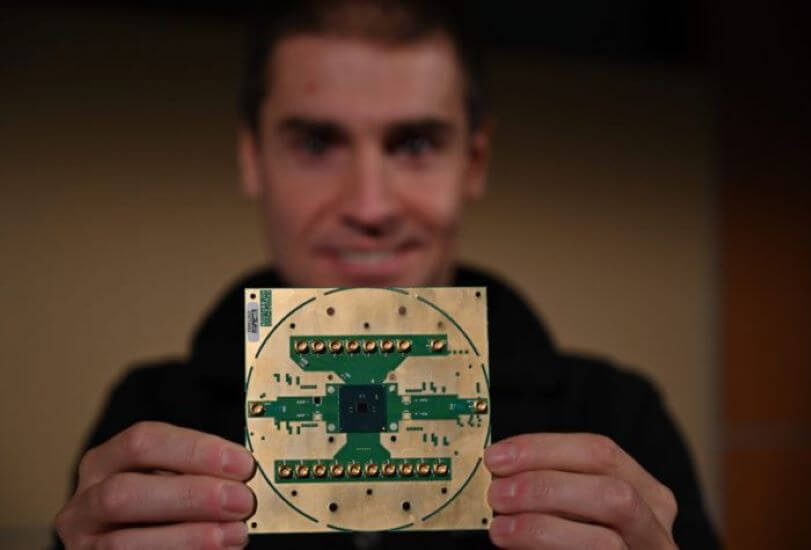 The News: Intel Labs today unveiled what is believed to be a first-of-its-kind cryogenic control chip — code-named “Horse Ridge” — that will speed up development of full-stack quantum computing systems. Horse Ridge will enable control of multiple quantum bits (qubits) and set a clear path toward scaling larger systems — a major milestone on the path to quantum practicality. Developed together with Intel’s research collaborators at QuTech, a partnership between TU Delft and TNO (Netherlands Organization for Applied Scientific Research), Horse Ridge is fabricated using Intel’s 22nm FinFET Low Power (22FFL) technology. In-house fabrication of these control chips at Intel will dramatically accelerate the company’s ability to design, test and optimize a commercially viable quantum computer. Read more about Horse Ridge on the Intel News Release.

Analyst Take: Quantum computing has stolen a lot of headlines over the past few months and while the practical use of these machines is still in their early days, the critical market positioning of entrants in the space is happening right now and will continue to happen in a big way. With companies like IBM, Google, Honeywell, Microsoft and Amazon all making claims in Quantum, it isn’t at all surprising to see one of the world’s most important semiconductor company’s, Intel, also driving a flag into the ground.

The announcement itself came from Intel Labs, which is part of the company’s innovation center, and “Horse Ridge” isn’t itself a Quantum Computer, but rather a control chip that will enable Quantum Computers based upon superconducting technology to control multiple qubits, which is one of the keys to making quantum computing usable. It’s important to note that “Horse Ridge” is based upon superconducting, which is one of the two major Quantum platforms, the other being Ion Trapping. At this point superconducting systems like those of IBM and Google have demonstrated what is being touted as Quantum Supremacy (A somewhat paradoxical premise of being able to demonstrate a quantum computer performing a task that would be nearly impossible for a classical computer), but what this does mean is that we are getting closer to being able to demonstrate market value for quantum computing and while the final platform, software and delivery models are all early days, the entrance of many of the world’s leading traditional compute companies into the space shows a keen awareness to its importance.

While there are a number of technical details that are involved in a launch like this, so I’ll share some key points from Intel here. In short, with superconducting quantum systems, there are strict temperature requirements in order to control the qubits. The Horse Ridge SoC is designed to simplify the interaction between the temperature control and the Quantum Computer. This stuff is complex, but hopefully this bit makes some sense.

More About Horse Ridge: Horse Ridge is a highly integrated, mixed-signal SoC that brings the qubit controls into the quantum refrigerator — as close as possible to the qubits themselves. It effectively reduces the complexity of quantum control engineering from hundreds of cables running into and out of a refrigerator to a single, unified package operating near the quantum device.

Designed to act as a radio frequency (RF) processor to control the qubits operating in the refrigerator, Horse Ridge is programmed with instructions that correspond to basic qubit operations. It translates those instructions into electromagnetic microwave pulses that can manipulate the state of the qubits.

Named for one of the coldest regions in Oregon, the Horse Ridge control chip was designed to operate at cryogenic temperatures — approximately 4 Kelvin. To put this in context, 4 Kelvin is only warmer than absolute zero — a temperature so cold that atoms nearly stop moving.

I said it above and I’ll say it again. These are very early days for Quantum. Intel, via this announcement has served itself and its investors well by expanding its presence in a market of growing importance. The company is realizing the need to play beyond traditional compute and this has been visible in its data-centric strategy that has highlighted areas like memory, AI, IoT, Network, 5G and now Quantum.