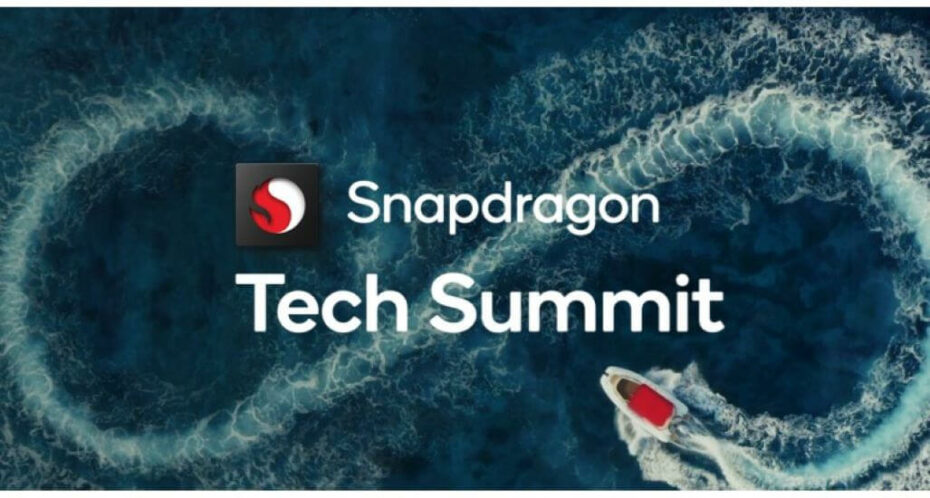 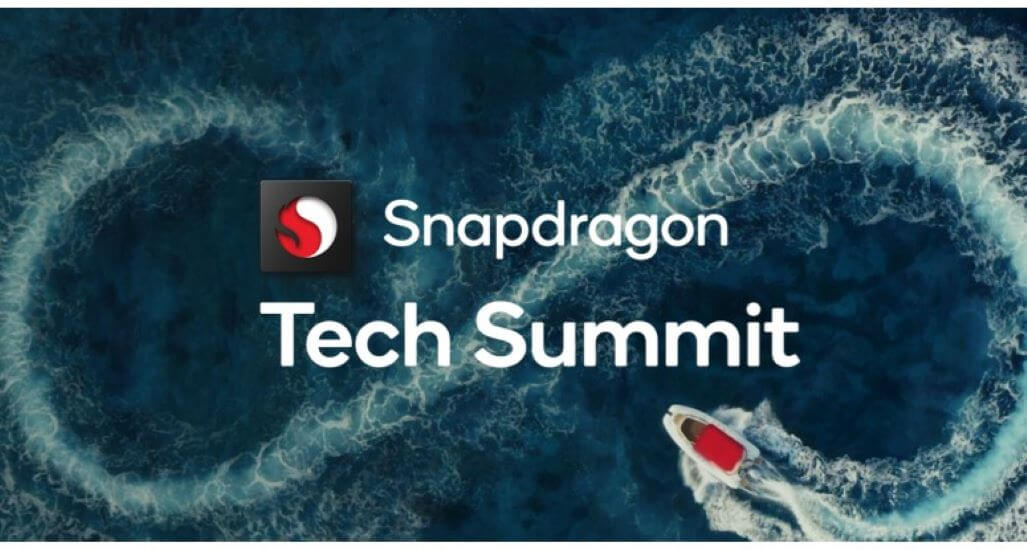 Attending Qualcomm’s annual Snapdragon Tech Summit every December feels a lot like drinking from a fire hose. There’s a ton of information coming at you fast, and it’s easy to settle into what some of us call spec reporting mode, where instead of providing analysis, we instead just try to keep up with the flow and pace of the information being presented: CPU performance, triple 18-bit ISP, 8K HDR, and so on. Slide after slide, data point after data point, here comes a cascade of tweets, a waterfall of bullet points, and that’s fine. In the moment, there’s value in that. That kind of contemporaneous coverage distills the event in real time and captures its most significant moments in digestible, bookmarkable vignettes. There is also a tendency to want to write about new announcements quickly, to go to press as fast as possible with a full list of specs and light interpretation of each announcement. I feel that tech journalists do this well already, and that’s their job, after all: Report the news and offer some opinions as quickly and accurately as possible. Qualcomm’s comms team does a pretty solid job of briefing media and giving them information they need to report accurately and quickly on their maelstrom of new announcements.

I am not a tech journalist, though. I’m an analyst, and so my job isn’t to try to compete with the tech press or rush my analysis to meet someone else’s deadline. If you want my first impressions at an event, follow me on Twitter. It’s all there: clear pics of slides and presenters, data points, quotes, on-the-fly insights. But if I am going to write properly about an event and provide analysis of what I learned there, I will wait until I’ve processed what I’ve learned, connected some necessary dots, identified trend lines, opportunities and challenges, and so on. It’s okay for some analysis to be mostly about regurgitation and quick takes, but for events like the Snapdragon Tech Summit, that isn’t enough. There’s too much to cover, too much to talk about, too much to distill, digest, and synthesize. So, I wanted to take a few days to do exactly that and wait to share some of my key takeaways only once I’d had a chance to really think about how all the pieces fit. Because ultimately, what matters here isn’t what happened at a tech conference a week ago, which everyone already wrote about, but rather how what was announced at that tech conference a week ago will impact the tech industry in the next twelve to twenty-four months, if not further down the line. That matters more and that’s the value I want to bring to this series of articles. So, if you are ready to revisit Qualcomm’s announcements from last week’s Snapdragon Tech Summit, and look at them from a different perspective, one that connects a few important dots, keep reading.

I want to start this series of articles by discussing how Qualcomm’s 2021 Snapdragon Summit helps shed some light into the company’s overall strategic evolution, which CEO Cristiano Amon outlined during his Investor Day keynote in New York last month. You will recall that Amon described Qualcomm’s mission as “enabling a world where everyone and everything is intelligently connected.” At its most basic, this means wireless connectivity, which obviously plays to Qualcomm’s leadership modem-RF systems, as well as RFFE, Wi-Fi, Bluetooth, 5G mmWave, and so on. But it also means on-chip intelligence, which of course plays to Qualcomm’s silicon and software, and increasingly to artificial intelligence (AI) and machine learning (ML), which I’ll circle back to as I move my coverage of the event’s announcements.

The thing to remember about Qualcomm’s Snapdragon Tech Summit is that it is not meant to be a showcase for the entire Snapdragon ecosystem. Tech Summit focuses exclusively on Snapdragon’s premium tier, and typically sticks to Mobile, Gaming, and PC. And so, while the event did touch on the state of 5G in general, automotive, boundless XR, AI, Snapdragon Sound, and the intelligent edge, the focus was on the successor to Qualcomm’s anticipated Snapdragon 888: The Snapdragon 8 Gen 1 mobile SOC. Don’t worry, a thorough breakdown of the chipset’s specs and features is coming. For now, I want to take a moment to address the nomenclature change and what it means, because it is more significant than some may realize.

You might have noticed that the simpler Snapdragon 8 nomenclature and branding is a departure from Qualcomm’s previous generations of premium tier SOC names (Snapdragon 865, 888, and so on). It’s just Snapdragon 8 now, a single digit instead of the triple digit we were accustomed to. The change isn’t trivial or merely cosmetic, it marks an inflection point for the Snapdragon brand, and Qualcomm’s overall “one-technology roadmap” strategy. As a reformed brand guy, what it says to me is that Snapdragon’s premium tier is no longer interested in incremental improvements YoY. Triple digits implied incrementalism. In fact, it made room for it by giving engineers and marketing teams room to keep climbing toward 900. I believe that deciding to do away with the extra digits signals the incrementalist mindset that guided the evolution of premium Snapdragon SOCs until now is no longer de rigueur. The real question then, is why? What’s changed? Or rather, what about Snapdragon’s premium SOCs is changing, and changing so radically that it is informing a fresh new nomenclature?

Here’s another hint that incremental performance improvements of the past decade are likely to take a backseat to new benchmarks: Qualcomm’s shift from 14-bit ISPs, which had been the norm for a decade, to 18-bit ISPs increase the volume of camera data by an almost inconceivable 4000x. Yes, you read that right. The switch from triple 14-bit ISPs to triple 18-bit ISPs results in four thousand times the camera data that has to be processed by Qualcomm’s Spectra ISP. 20% improvements in raw CPU and GPU performance alone can’t handle a 4,000x forward leap in processing, which requires ISPs to process thirty images in the same time that they used to process only six, now at a rate of 3.2 gigapixels per second. We’ll talk more about Snapdragon 8’s impressive new camera specs, which are now packaged as Snapdragon Sight in an upcoming article. My point today is that if you really want to see where performance is making significant forward leaps, look to chipmakers’ AI engines. That is perhaps the most critical lesson I bring back from this year’s Snapdragon Summit.

Another performance benchmark I just want to briefly mention is performance per watt. As demand for compute power and enhanced connectivity grows across the intelligent edge ecosystem, from mobile devices to the IoT, chipsets need to be able to scale their processing capabilities while using as little energy as possible. Again, raw processing power isn’t necessarily as important to mobile and IoT chipsets as processing efficiency. From now on, any time a new mobile SOC or IoT chipset is released by anyone, pay extra attention to performance per watt specs. Moving forward, it’s going to matter a lot more than it used to.

And here’s the thing about Qualcomm: Everything seems to radiate outward from its Snapdragon flagship SOC. If you want to get a sense for what Qualcomm’s boundless XR, elite gaming, wireless sound, broad IoT, RFFE, and Automotive platforms will be able to do in 2022, start here. Start with Snapdragon 8 Gen 1. Look at the processing power. Look at the wireless capabilities. Look at the natural language processing, the ISPs, the performance per watt, the AI, the security, the interfaces, and the interoperability. It all starts here, at the top of the Snapdragon pyramid of innovation. Many of the components of that premium SOC, which we will dive into in more detail over the course of the next few articles, will almost certainly turn up elsewhere across Qualcomm’s other platforms, adapted to and optimized for various individual use cases. In other words, if you are looking to better understand the “one technology roadmap” that Cristiano Amon talked about in New York last month, think of Snapdragon 8 Gen 1 as your cheat sheet, or at least your first look at where Qualcomm’s capabilities are today, as a system of systems, as a showcase of modular components and features, and also in terms of Qualcomm’s ability to both execute and scale across multiple technology segments. It all starts here, with the new Snapdragon 8 Gen 1 SOC.

Making Markets EP18: Qualcomm’s Unique Story and the Insights Behind Their Growth Strategy