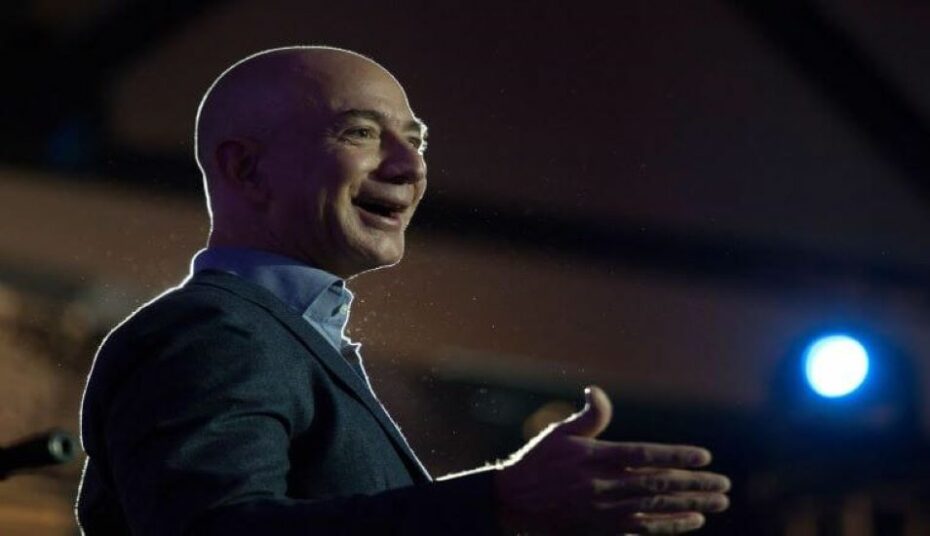 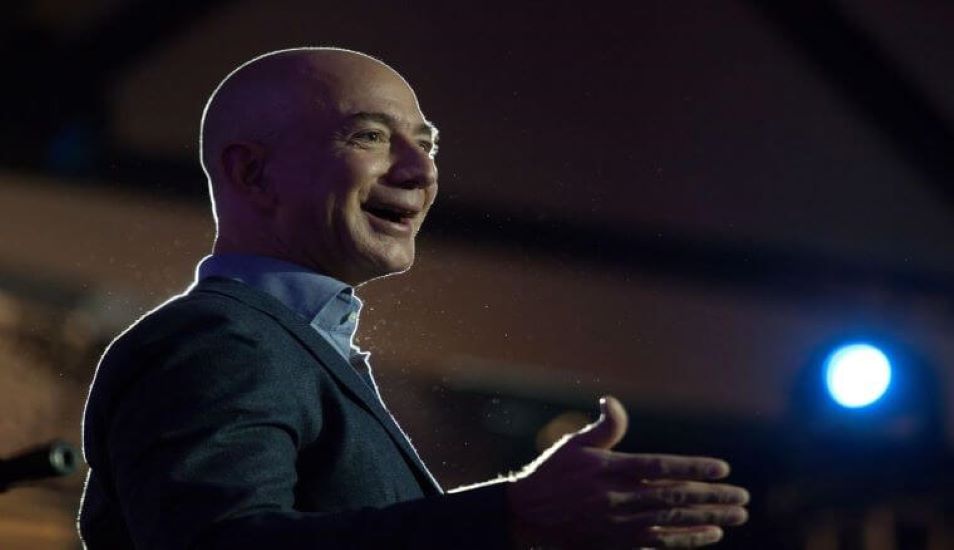 Perhaps no company has permeated the lives of Americans more than Amazon has. Whether it’s household staples, an intelligent doorbell, cloud applications, Whole Foods — Amazon is deeply embedded in our lives.

The company has innovated and iterated at a breakneck pace. It has also had incredible growth — the Seattle-based company, which went public 24 years ago, has 1.3 million workers, making it the second-biggest employer in the U.S. after retail rival Walmart WMT, -1.49%.

With great success comes great responsibility, or so they say. Large swaths of the population are looking at Amazon AMZN, -1.20% through a microscope, and forcing investors, policy makers, employees and shareholders to analyze what’s at stake for the company. The main question is how Amazon serves both investors and the greater good. This year we are likely to find out.

To understand what may happen, it’s instructive to review the case of the Federal Trade Commission (FTC) versus Qualcomm QCOM, -1.76%. In August, the San Diego-based semiconductor company won an existential court battle, as an appeal lifted what would have been a worldwide, permanent injunction prohibiting several of Qualcomm’s core business practices. Also at stake was global leadership in the development of communications standards, leaving the company and the U.S. less influential in this critical area.

While an initial ruling was made proclaiming Qualcomm’s model was monopolistic and harmful to consumers, there was never any real proof. The star witnesses of the case were Apple AAPL, -1.72%, Samsung and Huawei — companies that would have benefited from a less powerful Qualcomm.

The runway for an appeal expired only two weeks ago. In the end, regulators were wrong, but the cost was a multi-year fight to hinder one of the U.S. innovation ecosystem’s national treasures, all in the name of it being too successful.

What most people didn’t hear about were the thousands of people the company had to lay off, displacing families in the process, and the plummeting stock price that hurt pension plans and 401(k)s, costing billions.

Recently, Amazon has been chased in the headlines for all the wrong reasons: “underpaying and overworking its employees, attempts to undermine unionization efforts, and not paying enough taxes.”

The FTC wanted to unwind Qualcomm’s profitable licensing model in the name of antitrust. With Amazon, powerful forces are seeking for it to self-regulate and pay much more than the minimum wage. The company is constantly criticized for taking advantage of tax loopholes that have been made available to it (and all major U.S. corporations).

Calls for the company to step up and do more are being heard from just about every corner of the planet. Lawmakers including Bernie Sanders and Elizabeth Warren continue to denounce the company and its tactics, calling for greater regulation, increased scrutiny and more taxes. Mostly because of the company’s well-documented success. It would seem there is a point where you are too good, and when that verdict is drawn, there appears to be no such thing as enough to satisfy those out for Amazon blood.

While Amazon’s business model is different than Qualcomm’s, the parallels are hard to ignore. Amazon has invested relentlessly in its businesses, which included years of significant losses, to become the leader in its target markets. This includes e-commerce and cloud. Having said that, those businesses aren’t by any means monopolies. On the e-commerce side, there are dozens of multi-billion-dollar competitors including Walmart, Alibaba BABA, 0.44%, Target TGT, -2.07% and Best Buy BBY, -1.49%. Its main competitors are technology stalwarts in its highly profitable cloud business, including Microsoft MSFT, -1.80%, Alphabet GOOG, -1.59%, IBM IBM, -0.66% and Oracle ORCL, 0.03%. It’s hard to argue these companies aren’t sufficient competition.

This, in itself, makes a strong case against any sort of antitrust case. But the outspoken desire to push the company to therefore self-regulate and acquiesce to a number of scenarios that could be harmful to longer-term prospects are at the least unreasonable, and at the most absurd. And it comes down to one very simple reason that I simply cannot understand why policy makers and regulators don’t understand.

It seems sometimes this simple concept is forgotten, but anyone who has attended business school likely heard this, or some form of it, early in their studies: Companies exist to serve their shareholders. This means building a business that can self-sustain, grow and return value to investors (including pension plans and 401(k)s), employees, communities and other stakeholders.

We all can agree that companies, upon reaching certain success milestones, have more wherewithal to invest in causes that are in line with their mission and vision. Those opportunities are only created because of the vision and commitment to build something that grows to become profitable enough to have the resources to do more than simply exist. In time, these companies can do more for their stakeholders, for whatever reason deemed appropriate — whether it be for great optics or a genuine passion for giving back. If the goal is sustainability, do we really care why a company decides to plant trees? Is it possible to just be happy because it’s contributing to something important?

The same can be said for taxation. All companies have access to the same tax code and the same tax loopholes. Big corporations are resource-rich and most capable of identifying every opportunity to reduce the tax burden imposed on them. Most would consider these activities to be savvy, so long as the actions are legal.

Furthermore, Amazon has benefitted from deferred losses from the company’s decade-plus of running the business at a deficit. This is common practice for many upstarts, and tax law allows for those losses to be carried forward and taken in future years until the balance sheet turns black.

The pandemic year of 2020 was awful for a lot of businesses and people. However, for Amazon, and much of big tech, it was a fantastic year. There was a decade of digital transformation that took place in a matter of weeks and months. This growth meant big expansion for Amazon. Throughout the pandemic, the company was one of the most outspoken contributors to the rebound. This included hiring, wages, community investment and sustainability efforts.

A few notable contributions from 2020:

The company raised hourly wages to $15 but this was done in November 2018, so it was done long before the pandemic or the most recent calls for a national mandate to increase federal wages.

To be clear, I’m not suggesting for a moment that all of these actions were purely altruistic. A company the size of Amazon must play offense to try and mitigate negative publicity and to keep lawmakers at bay. It’s hard to know why companies do many of the things they do, but much like I said about planting a tree — better done than not.

Perhaps the most alarming thing for a company like Amazon is whether under any circumstances, the company could do enough to satisfy its objectors. Would a $20 minimum wage quiet its detractors? Would adding another 400,000 jobs or doubling its investment in small business be enough? Would taking another 10 years off its climate pledge to be carbon neutral by 2030 instead of 2040 appease its critics?

Sadly, the answer is no. We all know it is no. There is no reasonable amount of “enough” that Amazon can do that will ever fully satisfy those that seek to marginalize it.

As a society, we often laud companies that deliver the products and services that we love or need, but then choose to be selective in our criticism. For instance, we may love a company like Nike NKE, -0.74% for their state-of-the-art athletic apparel and sneakers, as well as their well-documented commitment to community and diversity.

However, we ignore cries against their labor practices, which have been brought to the public’s attention, but the company received little blowback. Apple AAPL, -1.65%, Campbell Soup CPB, -0.44%, Costco COST, -1.38% and others have been tied to similar claims of using forced labor and lobbying against bills that would limit or prohibit the practices — yet little public attention has been given to these companies in relation to this.

Amazon’s labor disputes certainly hit closer to home, but it would be foolish to argue the company’s wages and working conditions are anywhere near as troubling as those we have read about overseas. However, the company has become the personification of this love-and-hate relationship as many people depended on it throughout the pandemic and today, while concurrently proclaiming disdain for its tactics, motives and successes.

Innovation is in the Balance

Right now, Amazon appears to be untouchable. Nokia NOK, -1.83%, BlackBerry BB, -1.71%, Blockbuster and Kodak KODK, -2.23% all looked that way at times. At their highest points, it would have been easy for regulators and concerned bystanders to armchair run those businesses telling them exactly how to handle fiscal responsibility and social good.

Building a business to achieve and maintain market leadership is a confluence of activities that include investing in your workforce, building the right products and services, appointing the right leadership, and in most cases building affinity and customer loyalty.

The answer to all of these questions is yes. Today it could, and if it plays its cards right, it will have the flexibility to do these things for the foreseeable future. However, if regulators and certain lawmakers have anything to say about it, there would be preference for a less profitable, less innovative Amazon.

For Qualcomm, its longevity hung in the balance of overreach and attempted overregulation. In its case, it wasn’t really about consumer harm, but the threat to unwind it was the illusion of it being too powerful, even for “poor” Apple. The fate of Amazon and other innovative companies lies in the balance of decisive moments like these when we decide how we treat businesses that spur our economy and feed our innovation.

In the end, for Amazon, and basically every other successful company on the planet, its fiduciary responsibility is to its shareholders and customers. If regulators and lawmakers believe companies should do more, then lawmakers should carefully assess the situation, determining and instituting appropriate policy to protect consumers, communities and employees. Then, companies including Amazon will be required to abide by those rules. But when it comes to much of the criticism that Amazon is receiving, we are asking for too much self-regulation that no successful company would ever impose on itself.