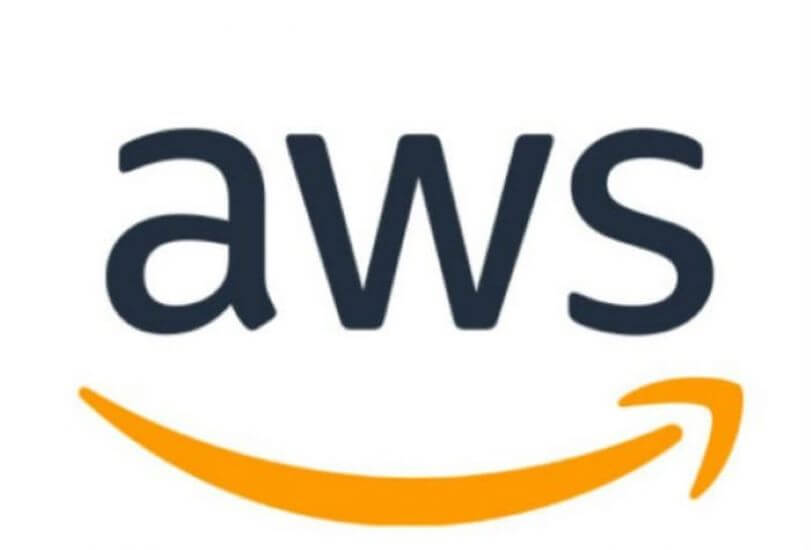 In its earnings report, it also gave dismal revenue guidance for the holiday shopping season, spooking investors who were expecting a huge payoff from Amazon’s growing investments across the company.

Shares plunged as much as 9 percent in after-hours trading.

Here’s what the company reported Thursday, versus analyst expectations:

Analyst Take: The e-commerce and cloud (AWS) juggernaut uncharacteristically took a knock with Q3 earnings.  In the retail business this was largely due to increased costs around one day shipping and having to invest heavily in new streaming content for Prime Video ahead of the raft of new entrants entering the market led by Disney, with its soon to be launched Disney+ service.   The soft statements on Q4 earnings are probably as calendar driven as anything with the timing of Thanksgiving and Holiday season trading being compressed. Amazon CFO Brian Olsavsky did say promisingly during a call with reporters – “Customers are buying more often and they’re buying more products.”

AWS Growth is Solid, But Investors Seem Wary. Should They?

More concerning is the 35 percent growth in AWS revenues, which represents a deceleration over previous reporting.  My take on this is that slowing growth is two fold. First, the business is so large now that the rate of growth is slowing even if the revenue growth as a whole is increasing. It’s the math of masses. I also think a certain amount of the slowing can be attributed to the work being done at Microsoft with Azure and to a lesser extent at Google with GCP. These two companies are formidable competitors, albeit still a long way from catching AWS.

I’m also watching closely with re:Invent upcoming to hear more about the company’s hybrid cloud strategy and expansion. This took flight at last year’s event, but with the significant talk and investment in hybrid architectures, it will be prudent to pay attention to how AWS responds to this market trend with OEM’s and its competitors all circling to win more on-prem business and to deliver hybrid architectures and on-orem consumption models.

The profit numbers for AWS were still very encouraging with $4 per share in earnings, the AWS business is a strong contributor to the overall company position (see Geekwire Image below), and you could argue retail is a drag rather than cloud on the overall business.  In the quarters ahead I will be watching closely to see whether this is a start of a trend line when it comes to growth. I believe 35 percent is very solid based upon the size of AWS and if the company can sustain this growth rate it will be in very good shape. Investors should LOVE the contribution AWS makes to the bottom line and given the run rate of almost 36 Billion dollars, this business unit is massive AND very profitable. 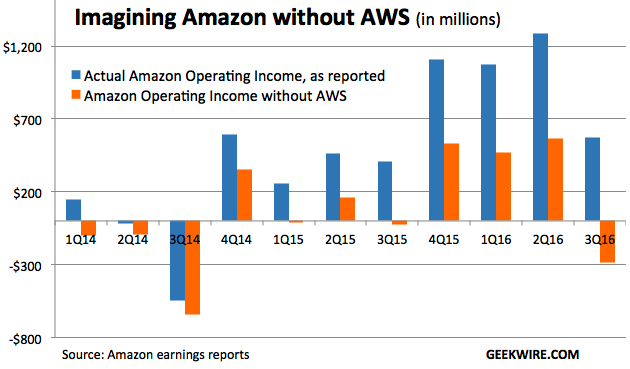 Overall, AWS is still clearly the market leader and is well positioned to win huge contracts in the coming months, however, it appears that won’t be coming from JEDI which was apparently just awarded to Microsoft, in a somewhat surprising decision.

More on JEDI -> Click here to hear more about JEDI on the Futurum Tech Podcast.

My opinion is that despite these Q3 numbers and how they will cause non-tech analysts to question AWS, I still see AWS as a clear leader in hyperscale cloud and this position will be retained for the mid term with Azure being the only real risk to the company’s supremacy. With this in mind, Amazon needs to get its vision and execution in order to not become over reliant on AWS to where it becomes a piggy bank for Amazon’s ongoing ambitions. If that becomes too much of a drag, that is where competitors could find vulnerabilities and win significant business that could cost AWS market share.

NVIDIA and Ericsson Team Up on AI Powered 5G VRAN