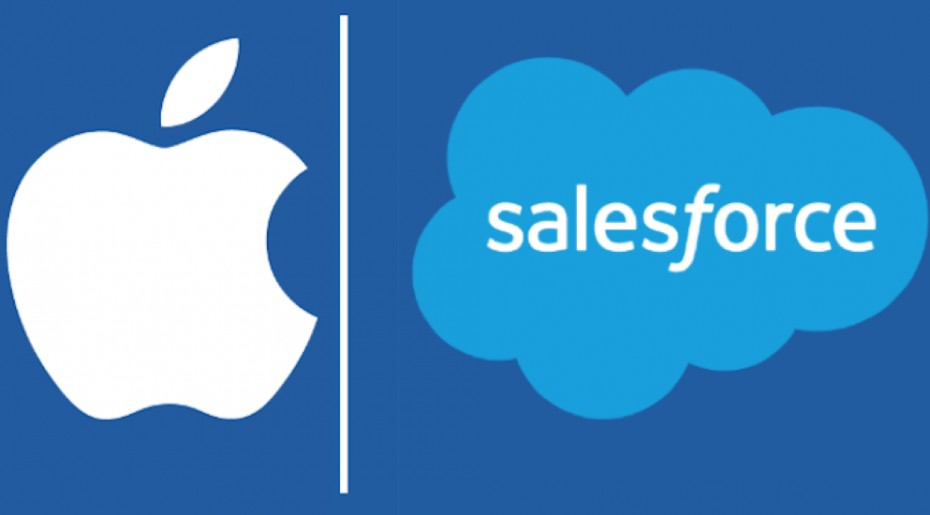 The News: Salesforce is launching a redesigned Salesforce Mobile App and a learning app called Trailhead GO with exclusive features to Apple’s iOS and iPadOS.

The Apple-Salesforce effort, which was announced at Dreamforce, rhymes with other partnerships with enterprise software vendors and the iPhone maker. For instance, Apple has worked on apps with the likes of Accenture, IBM, and SAP. The general theme is using Apple’s enterprise footprint with iOS, iPhone, and iPad to garner unique business features in apps. Read the article on ZDnet.

Analyst Take: It always makes a splash when Tim Cook shows up at enterprise events. Apple has done a lot of this with mixed results, but in the era of mobile, apps need to accommodate users. Even in the case of Apple, that only has about 10 percent of market share globally for smart phones, users want good apps for their devices to allow productivity on the move.

This year’s Dreamforce 2019 appearance with Marc Benioff and Tim Cook brought three announcements. Two applications and an updated SDK and of course a much deeper commitment from the two CEOs.

Running Through the 3 Announcements

Below are the announcement from the Salesforce press release along with some quick thoughts on each.

Over the past several years, I have found a lot more marketing punch than product punch when Apple shows up at enterprise events.

Having said that, there is a significant demographic of iPhone users that are increasingly using their mobile device as their primary source of information. Putting customer 360 on the small screen, for instance, will enable the mobile worker to be more productive.

Meanwhile, I think launching a learning app like TrailheadGO on only iOS is a bit short sighted given that iPhone only has about 10 percent of the mobile market and Android is continuing to gain ground. I could also see that exclusivity going away in short order to accommodate Android users.

More hype than substance? Sure, but hasn’t that been the track record for most Apple launches lately?