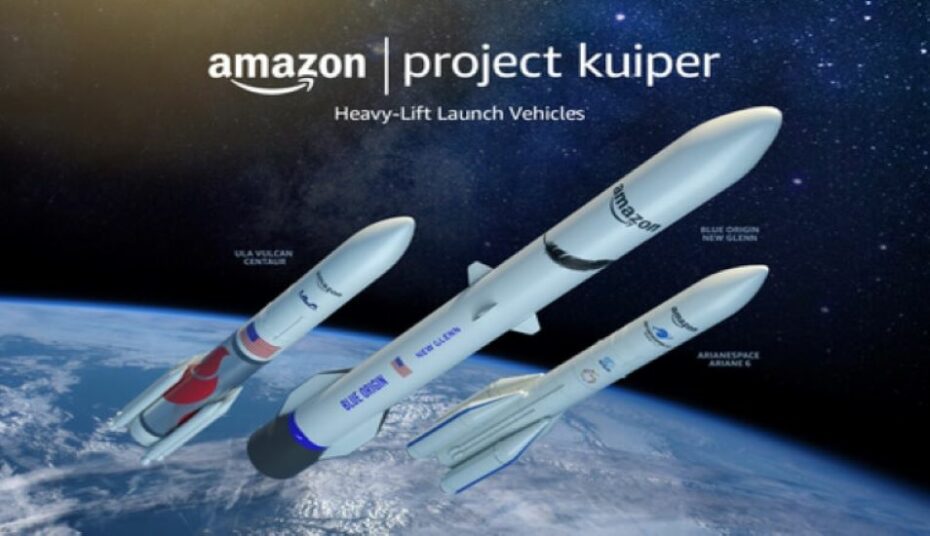 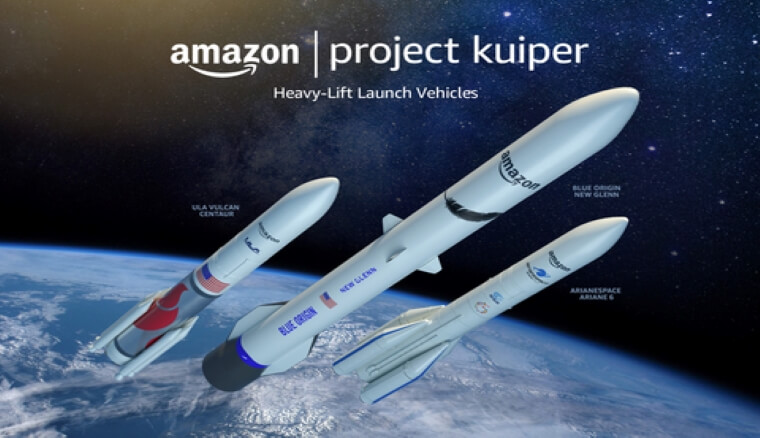 The News: Amazon’s Project Kuiper is taking off, as Amazon announced that its plans for a low Earth orbit (LEO) satellite network to bring affordable broadband service to underserved communities and residents around the world has achieved some significant forward momentum. Amazon signed contracts with three rocket companies to provide heavy-lift launch services in what is being touted as the largest commercial procurement of launch vehicles in history, to deploy some 3,200+ satellites. Amazon’s Project Kuiper expects to send the satellites skyward on about 83 launches over the next five years to get rural broadband services up and running across the globe. Read the full Press Release from Amazon here.

Analyst Take: Amazon’s Project Kuiper inked launch deals with Arianespace’s Ariane 6, Blue Origin’s New Glenn, and United Launch Alliance’s Vulcan Centaur Rockets, along with an agreement with Beyond Gravity to build a low cost, scalable dispenser system to deploy 3,236 satellites over the course of about 83 launches during about the next five years. This is good news for rural communities and underserved areas around the world — and much needed progress.

For a long time now we’ve collectively been struggling to get arms around the digital divide. Part of that is the challenge of meeting the critical need for reliable, fast, and affordable internet services to unserved and underserved communities around the world.

Despite real progress in some communities, about 37 per cent of the world’s population – or 2.9 billion people – have never used the internet and do not have reliable access to it, according to the United Nation’s International Telecommunication Union, which watches over information and communication technologies.

What Exactly is Amazon’s Project Kuiper?

Project Kuiper is an initiative announced by Amazon a couple of years ago to build low Earth orbit (LEO) satellite constellation that would be capable of providing broadband service to communities in need — in the U.S. and around the world. Amazon pledged to invest $10 billion in Project Kuiper, which will naturally create both jobs and provide infrastructure. The LEOs launched by Project Kuiper will serve a wide range of customers, including individual households, schools, hospitals, businesses, government agencies, disaster relief operations, mobile operators, and other organizations working in places without reliable internet connectivity. Project Kuiper will also provide backhaul solutions for wireless carriers extending LTE and 5G service to new regions, which will provide much needed broadband services around the world.

Amazon’s global logistics and operations footprint will also be leveraged for use with Project Kuiper, as well as Amazon Web Services’ (AWS) networking and infrastructure that will combine to serve a diverse, global customer base. Project Kuiper will also integrate the use of a variety of inexpensive Amazon devices and services like Echo and Kindle to deliver services to customers. Project Kuiper received FCC authorization to deploy satellite-based broadband services in the U.S. in July of 2020.

Low Earth orbit satellites are an important step forward for global connectively. This is not the first such plan, nor is Amazon the only company focused on launching LEOs — both SpaceX Starlink and OneWeb have already sent LEO satellites skyward. In fact, LEOs have been used by the military for recon, spying, and other imaging applications, as well as communications, for some time now. Why LEOs? The lower signal propagation delay afforded by LEOs results in less latency, which makes them a great solution for rural, remote areas. It is estimated there are some 7,500 satellites in LEO as of September of 2021, and that number is growing at a rapid pace, which is something scientists find worrisome both as it relates to space debris as well as traffic management.

Amazon’s entry into this realm by way of Project Kuiper brings Amazon’s deep expertise in networking and infrastructure to the fore, along with its commitment to finance what is in reality a massive undertaking.

This is a Big Step Forward

I’m generally excited about anything that’s focused on the betterment of society, and the things that are happening in the space industry, including how LEOs can be used to help bridge the digital divide are, I believe, big steps forward. In the big scheme of life, all the communicated inventions, wisdom, philosophy, science, big thinking, and ideas have come from about two-thirds of the Earth’s residents. But it is that remaining third of our population that we’ve not yet heard from. While it might seem unimaginable to many of us, those unconnected individuals still do not have access to adequate education, resources, technology, or money to be able to contribute to our society through discoveries in medicine, education, business, industry, and a myriad of other areas that are important and valued.

Solutions like LEOs, and technology companies like Amazon and others operating in this space who are committed to bridging the digital divide will help spur innovation, create jobs and opportunities, and bring life-changing advancements to the corners of the world that most need them. I’m looking forward to watching Amazon’s Project Kuiper and others continue to innovate on this front — I have no doubt good things are ahead.

Space Tech: What do Private Space Efforts Mean for the Tech Sector?