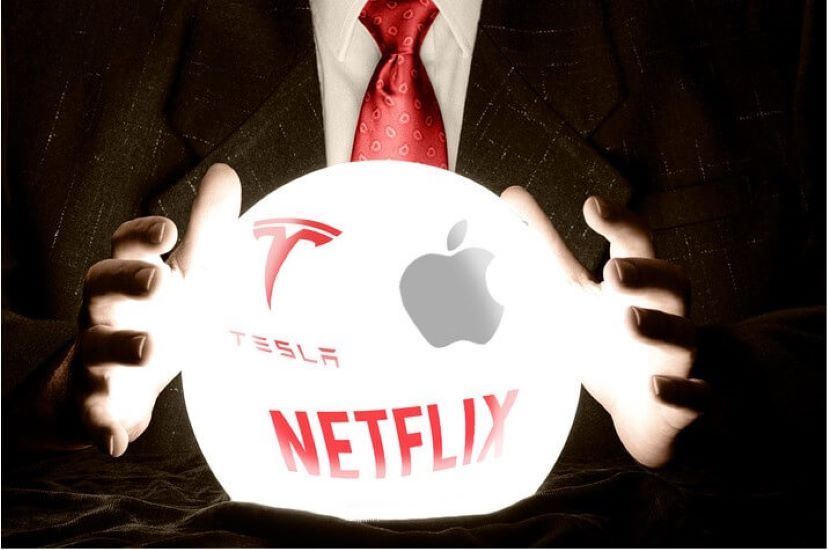 With topics like 5G, Cloud and SaaS dominating the conversation in technology in 2020, what will this means for the biggest players in these spaces? Here are 10 tech predictions for what I expect to happen over the next 12 months.

1. Apple’s 5G iPhone is delayed. There are many bets that the company will see another big year of growth and revenue based upon launching its 5G devices late in 2020. I believe Apple AAPL, +1.11 percent will miss 5G in 2020 and its first commercial 5G units will ship in the first half of 2021. This puts Apple more than a year behind the competition, as Samsung, Huawei and others are already touting 5G devices.

What most people aren’t aware of is that this delay will be based upon RF system complexities and Apple’s long dependence on RF systems from vendors other than Qualcomm, which is the only 5G-RF system that works on major carriers like Verizon’s mmWave 5G network. This could likely delay the 5G devices, pushing Apple’s 5G bump (which will still happen) into 2021.

2. Salesforce CEO Marc Benioff steps down. Marc Benioff has been outspoken about his ambitions to tackle conditions such as homelessness and the high cost of living in the Bay Area. Given that Salesforce.com CRM, -0.25 percent moved to a co-CEO approach structure in 2018, I believe 2020 could very likely be Benioff’s last year as CEO. With Keith Block now having spent well over a year as co-CEO and the promotion of Bret Taylor to president and COO, it is increasingly looking like Benioff is going to follow the example of his old boss Larry Ellison and move into a chairman role, leaving Salesforce’s massive growth ambitions into the hands of his new executive appointments.

3. Tesla goes from hot to hotter. Despite all the fascination with Tesla’s TSLA, -0.58 percent new truck, the Model 3 was a game changer for Tesla. With fourth-quarter shipments eclipsing 112,000 units (mostly Model 3s), the company looks prime for a big year. However, explosive growth in 2020 will be happen due to the expected launch of the Model Y, a highly anticipated small crossover vehicle priced similarly to the Model 3, and the company’s expanding footprint outside of the U.S.

I believe the enthusiasm for the Model Y will exceed even the pre-orders for the Model 3, giving Tesla both its biggest backlog yet and a big manufacturing problem to solve. It will do that, potentially driving revenue and earnings to an all-time high in 2020.

4. Quantum computing will lure investors. We have heard a lot about quantum computing, or performing a task that is practically impossible using traditional compute. The idea of quantum computing has gradually gone from a far-out future to a solution coming soon, with the likes of Amazon AMZN, -0.70 percent and Microsoft MSFT, +0.56 percent launching quantum services in the fourth quarter of 2019.

While quantum as a day-to-day tool for the enterprise may not see huge adoption in 2020, I see this year as a big year for investors and Silicon Valley that are pouring money into companies driving the quantum story. This is good news for more than just Amazon and Microsoft, but also IBM IBM, +0.24 percent, Alphabet’s Google GOOG, +1.98 percent GOOGL, +2.02 percent, Honeywell HON, +0.53 percent and IonQ — four of the most active firms in building quantum computers.

Eventually quantum computing will be used for complex problem solving in areas like optimizing molecular compounds for pharmaceuticals all the way to advanced cryptography, financial modeling and artificial-intelligence testing that cannot be done by traditional computers. It will be incredibly impactful over the next decade, and 2020 should be a big year for advancement and investment.

5. Disney+ growth will soon overtake Netflix. With over 140 million global subscribers, Netflix seemed untouchable until tech giants Apple and Walt Disney Co. DIS, -0.54 percent entered the streaming fray with their competitive offerings. While some people may have thought this new competition would eventually become a problem for Netflix NFLX, +0.31 percent, I believe it already is and will be a significant one before 2020 is over.

With 10 million subscribers for Disney+ coming on the first day and arguably the best studios and content, Disney is going to cause a big problem for Netflix this year. And while its gross subscriber numbers won’t surpass Netflix in 2020, Disney will ultimately come out on top. Apple will also usurp Netflix in just a few short years, pushing it down from No. 1 to likely No. 3 in the space in just a few years.

6. Slack becomes an acquisition target. One of the most exciting direct listings of 2019 has been somewhat underwhelming as revenue has slowed, large customer acquisitions have been unimpressive and the stock sits more than 10 percent below its direct listing price despite the stock market’s strong 2019 performance. While Slack Technologies’ WORK, -2.22 percent easy-to-use software has a small contingent of loyal customers, the likes of Microsoft Teams, Cisco CSCO, -0.06 percent Webex and other strong enterprise players have made Slack’s route to profitability foggy.

It would not surprise me to see Slack wind up as an acquisition target by either of those two companies or perhaps even by rival unicorn Zoom Video Communications ZM, -0.72 percent , which has been much more successful since its IPO yet lacks the asynchronous element of Slack that would make it an end-to-end collaboration suite. With investor patience wearing thin, I see a strong possibility that Slack finds a new home in 2020.

7. Azure makes gains vs. AWS in the cloud wars. As the cloud wars continue, Microsoft’s Azure will continue to cut into the giant market leadership position held by Amazon’s AWS. With public cloud still yet to hit 25 percent market saturation, the good news is that both companies will continue their strong growth trajectory. However, by the end of 2020, I see Azure grabbing up to 3 percent market share from AWS. This will be a continuing the trend of shifting market share away from AWS that started in 2018 and is widely expected to have continued in 2019. However, 2020 will bring the biggest shift of share yet, which I anticipate will be about 3 percent and the most market share AWS will have given up to a competitor to date.

8. Google and Facebook will see big fines in the name of privacy. Last year Google was fined over $1.7 billion by the EU for anticompetitive practices. Facebook FB, +0.17 percent was fined about $5 billion in the U.S. for privacy violations. This year, California implemented its new privacy act, which should become an example for data privacy policies throughout the U.S. in the coming years. This law is a reflection of global interest in data privacy, and I expect 2020 to be a big year for sweeping probes and litigation around enterprise privacy practices.

As privacy becomes part of a bigger human rights discussion, I expect additional, 10-figure claims against Facebook and Google this year as both continue to wrestle with how critical massive data collection is to their ability to make money

9. Amazon Alexa will dominate consumer AI. CES 2020 in Las Vegas will be the year of Alexa inside everything, from coffee makers to shower heads to more typical electronics like headphones and TV. I said after the “Ask Alexa” launch last year that Amazon is going to see huge upside from its consumer electronics business because of the integration with Amazon, the data that will be collected and the business that will funnel to Amazon because of it.

While I’m bullish on Alexa in everything, which could result in Amazon’s revenue and earnings growing even faster than expected this year, I would be remiss to not mention that its dominance in consumer AI and data will put the company squarely in the crosshairs of prediction 8 in the coming year or two.

10. Semiconductors eat the world. Chips, not software, is perhaps the biggest story on the planet this year because each of these predictions is based upon semiconductors, which enable devices, applications and enterprises. The world’s biggest semiconductor companies — Intel INTC, -0.10 percent, AMD AMD, +2.33 percent, NVIDIA NVDA, +0.14 percent and Qualcomm QCOM, +4.49 percent —will all grow as trends like 5G, AI and Mobile Compute push the explosion of devices for enterprise and consumers. But one surprise I see is a huge year for ARM, with its reference design business driving new entrants like Amazon, Alibaba BABA, +1.56 percent and I suspect Microsoft into designing custom silicon for specialized workloads in AI and compute.