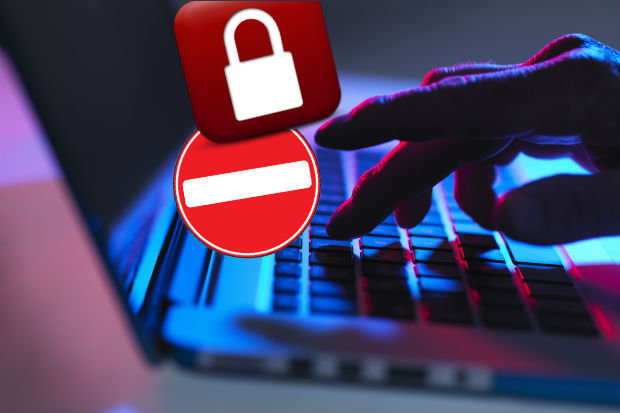 Consumer privacy in the age of digital-everything and big data has always been a hot topic. Lately, though, it’s on fire thanks to recent legislation passed by Congress. As a result, privacy concerns have spiked. To those worried about privacy, some in the industry are suggesting a move to virtual private networks (VPNs) might be the answer. It’s not. Let’s explore why.

If you’ve avoided the news over the last ten days, you missed something big: On Tuesday, March 28, Congress voted down party lines on the issue of broadband protections—50-48—and sent legislation to the president that repeals what The Washington Post called “the FCC’s landmark Internet privacy protections” granted in an Obama-era bill. President Trump is expected to sign it shortly.

There are a lot of politics at play here, as can be expected—but this isn’t the place for that discussion. (Remember the importance of separating work and political opinions? I wrote all about it here: Protesting and Your Job: What You Need to Know.) This is a place to discuss the facts, though. Here they are:

Supporters of the repeal say the old privacy regulations were simply too strict and a product of executive overreach; opponents of the bill are worried it gives ISPs too much access to and permissions around consumer data.

Some of those who have expressed worry about the privacy loss implications of this bill have been pointed to VPNs as solutions. In fact, Techdirt recently reported that NordVPN, a VPN provider, has seen a whopping 86 percent increase in inquiries from potential new subscribers since the legislation passed—a mere matter of days ago.

What is a VPN, though, and is it really the answer? Let’s explore.

What is a VPN?

An ISP gives you an internet connection. A VPN is different: it’s an additional service from a VPN provider that allows you to connect to the Internet in all the traditional ways—on a phone, tablet, computer, etc.—via a server that encrypts your data. That’s the important part.

There are several pluses to VPNs. Many remote workers, for example, use VPNs to connect to company servers because they’re more secure and can provide protection against hackers if they’re using a Wi-Fi hotspot while out in public. There are disadvantages, too. At times, for example, a VPN can cause a slower Internet connection, and it also costs money. (Sidenote: Signing up for a free VPN is never a good idea.)

A VPN can keep broadband providers from seeing sites you visit, but the protection stops there. Once you’re logged in to a digital service—say, your Amazon or Netflix account, for example—you can be tracked by providers and targeted by advertisements. Here are a few other reasons VPNs might not be the answer to your privacy woes:

A VPN isn’t a wrong answer if you’re worried about privacy in the wake of this impending legislation. Industry expert Kevin Riggle, in fact, has a clear breakdown of what to look for in VPNs and even recommends some of his favorites in his post, Quick and Dirty VPN Advice.

The bottom line, though? Just because VPNs aren’t going to hurt you in your quest for more privacy doesn’t mean they’re going to be uber-helpful, either. Proceed with caution.

What are your thoughts when it comes to online privacy in this stage of our digital evolution? Will the legislation in question, if passed, hurt consumers? Tell me in the comments.

Additional Resources on This Topic

Online privacy? Forget it, even with VPN
‘Just Use a VPN’ Isn’t a Real Solution to the GOP’s Decision to Kill Broadband Privacy Protections
Quick and Dirty VPN Advice