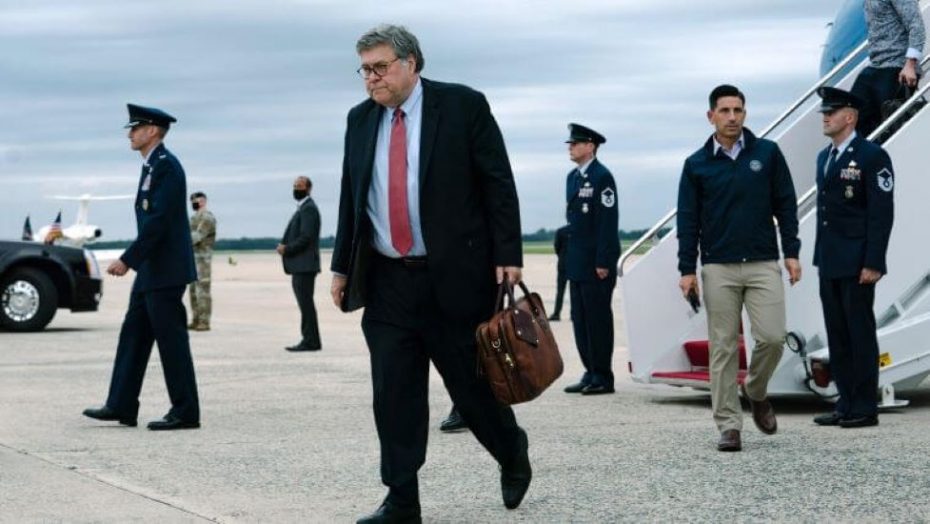 The News: US antitrust action against Google could come sooner than expected, as it’s reported the Department of Justice plans to file an antitrust case against Google in the next few weeks over concerns regarding the company’s search, advertising, and ecosystem dominance. Several dozen state attorneys general are simultaneously investigating Google’s potential antitrust behaviors as well, within a similar scope. Attorney General William Barr’s decision to set a filing deadline for the next few weeks is running into some friction, however, with career lawyers at the DOJ as well as some state attorneys general asking for more time and advising against rushing the process. Read more at the NY Times.

US Antitrust Action Against Google Could Come Sooner Than

Analyst Take: While it is not entirely clear whether the DOJ will attempt to tackle all of its possible areas of complaint against Google in one lawsuit or split its litigation against Google’s search business and advertising business into separate suits, the DOJ’s action against Google could ultimately weaken Google’s dominance in and power over online advertising in the US, and bring some changes to how advertisers reach consumers online. More broadly for Google, if successful, antitrust litigation could lead to some targeted operational decoupling of some of Google’s businesses that share and leverage user data to optimize its systems. It has even been suggested that, should Google fail to successfully defend its business model, divesting itself of its ad-tech firm DoubleClick may be one way for the search and advertising giant to potentially settle the case. A more thorough analysis of what the case may lead to will be forthcoming once the DOJ’s charges are filed, but we can at least address some of the case’s central themes now.

Let’s talk about hypercompetitive behavior versus anticompetitive behavior. At the heart of Google’s US antitrust troubles is the search giant’s staggering advantage in online search: Google processes roughly 90% of all online searches in the US. This gateway advantage arguably forms the basis for Google’s impressive advertising business, which in turn generates the lion’s share of its $160 billion in annual sales revenue. And because Google also has the power to combine its online search platform, online advertising platform, mobile platform (Android), and other elements of its ecosystem (including smart home products) to both collect massive amounts of granular data on its hundreds of millions of users and decide the what, when, where and how of the search results and ads it delivers, it is only natural that lawmakers and regulators should begin to probe for possible anti-competitive behaviors.

Last year, the European Commission slapped Google with a $1.7 billion fine for allegedly using its market power and its AdSense tool to limit competitors’ access to some of the companies Google was already working with. This was the third multi-billion dollar judgment issued by the EC against Google in recent years, following a $5 billion antitrust fine the previous summer for forcing Android handset-makers to install Google’s Chrome web browser, and a $2.7 billion antitrust fine in 2017 for using its search platform to promote its own comparison shopping service while demoting its competitors’.

It’s important to note here that antitrust rules in the EU differ from antitrust rules in the US, and just because Google has, on occasion, run afoul of Europe’s aggressive anti-competitive regulatory regime does not mean that it will or could be found guilty of anticompetitive behavior in the US. In this case, the question, some will argue, perhaps isn’t whether or not Google has abused its market power to harm competition, but specifically how Google might have abused its power, and specifically how that has happened or is happening in the United States.

I should also caution that a company being a leader in a particular market or industry, or even being seen as having a dominant position in either, does not, in and of itself, constitute anticompetitive behavior. An example of hypercompetitive behavior, probably, but not, on its face, necessarily anticompetitive. More often than not, a company’s trajectory of success is simply the natural outcome of a healthy competitive environment rather than an impediment to it. Seen through that lens, Google is no different from other category leaders like Starbucks, Coca Cola, Netflix, Microsoft, Sony, Apple, Qualcomm, Amazon, Walmart, and Alibaba. No company should ever be penalized for being successful, and my hope is that regulators, lawmakers, and state attorneys general, in their zeal to collect their pound of flesh from Google, will not fall into the trap of weaponizing and/or corrupting antitrust laws in bad faith.

Remember that: hypercompetitive behavior is not the same as anticompetitive behavior. Here’s where this gets interesting for me, having extensively covered the FTC v. Qualcomm case. In classic (and timely) “cautionary tale” fashion, a district court ruling against Qualcomm, which exhibited many of the earmarks of the sort of reckless antitrust enforcement overreach that I am cautioning against here, had to be vacated by the 9th Circuit Court of Appeals earlier this year. In its decision, the 9th Circuit three-judge panel made a point to remind us that while “anticompetitive behavior is illegal under federal antitrust law, hypercompetitive behavior is not.” Equally importantly, the court also added: “Our job is not to condone or punish [Qualcomm] for its success, but rather to assess whether the FTC has met its burden under the rule of reason to show that [Qualcomm’s] practices have crossed the line to conduct which unfairly tends to destroy competition itself.” These two intersecting standards — clarifying anticompetitive vs. hypercompetitive behaviors and requiring regulatory agencies to meet their prosecutorial burdens before a judgment or fine can be imposed on a company — will likely inform the outcome of any antitrust action undertaken against Google in the coming year.

This isn’t to say that Google has not been engaged in anticompetitive behavior, or that probes and investigations into the search giant’s business practices aren’t justified. Perhaps all of this is warranted. Oversight, scrutiny, and law enforcement are all good things, and they help keep companies honest and accountable. But I would caution that going after Google because its success seems excessive or suspect, or because its market power is such that it could perhaps be engaging in improper behavior, is not enough. Sometimes, success is just that: success. Market leadership, even to the point of becoming dominant in one or more markets, doesn’t have to be the result of illegal behavior. Regardless of how these investigations shake out, we should be careful not to allow ourselves to slip into cynicism too easily, not to assume guilt without evidence, and not to punish success when it should instead be celebrated.

Reality: The Haste to (Possibly) Score Political Points Could Backfire, or it Could Result in Google Preemptively Making Some Changes

In the meantime, the US Department of Justice is telegraphing that it intends to file antitrust charges in the coming weeks. It is not yet clear whether the DOJ will attempt to tackle all of its concerns about Google’s behavior in one go, or if it will take the kind of piecemeal approach favored by the European Commission. The DOJ could, for example, treat its Search and Advertising complaints as separate issues instead of combining them into one lawsuit. It appears as also an issue, and that the timing of the DOJ’s action is perhaps itself more the subject of concern than the substance of the complaint. DOJ staffers and several state attorneys general also investigating Google for possible antitrust violations have gone on record stating they feel the DOJ’s timeline for action is too fast, and that more time may be needed to build a strong case against Google. In other words, the subtext here is that the DOJ’s haste to score political points by going after Google in as public a manner as possible may ultimately backfire and benefit Google in the end.

While it is too soon to consider Google’s odds against the DOJ since we don’t yet know what the DOJ’s complaint will look like, it is not too soon to acknowledge that, should the DOJ’s case be strong enough, Google may look to settle rather than fight a battle it is unlikely to win. Whatever the trajectory that this case takes over the course of the next year, or what the outcome ultimately is, it is likely that Google’s online advertising model will experience some form of adjustment. What elements of its model Google will decide to concede on, either preemptively or as the result of more protracted pressure by the DOJ and the courts, remains to be seen, however. We will have better visibility into the case once the DOJ’s filing is made public.

Other Insights from the Futurum Team: