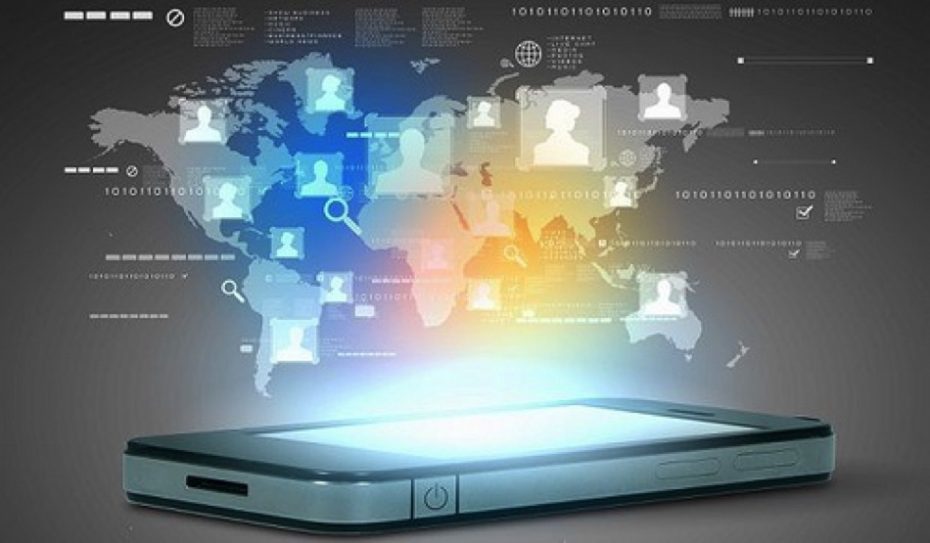 The intersection of business and technology is well traveled in this digital age—and here at Converge, we know that businesses positioned there hold prime real estate. It’s our specialty, in fact, to delve deeply into that relationship and take a look at how technology does and will impact business. What fits better under that umbrella than the topic of Unified Communications (UC)?

Well, I can take it one step further—how about Unified Communications as a Service (UCaaS)? From a functionality standpoint, UCaaS brings a lot to the table—a robust user experience, mobile-first user initiatives and API connectivity to applications in the cloud, to name a few. In its simplest form, though, what makes UCaaS such a market stronghold is its reliance on the very thing Converge stands for—that collaboration that happens when tech and your business meet.

There’s a lot more to explore, so let’s take a deeper look into UCaaS and outline the top trends your business needs to be watching for this year.

A Deeper Look at UCaaS

Today, around 60 percent of companies utilize hosted UC in one form or another—most for web conferencing (only about 7 percent for voice)—and the industry is still gaining speed. Enterprise companies like IBM, Microsoft, and Verizon provide UCaaS services, and smaller vendors are entering the arena as well.

UCaaS is on the rise largely because outsourcing communication and collaboration technologies can lessen the burden on internal IT departments without sacrificing functionality.

Now that I’ve explained a bit about the UCaaS culture, noted its impressive growth, and even hinted at how intrinsically the concept is woven into precisely what we’re doing here at Converge, it’s time to talk about what’s in store for the future. Keep your eyes on UCaaS and be prepared for the following trends projected for 2016.

More investments in tooling. Look for UCaaS vendors to invest in (and promote) tools that enhance user experience and accessibility. Ideally, the end game here would be for employees traveling on the road (or working abroad) to have the same corporate network-supported communications capabilities that in-house team members can use—only, instead of being infrastructure based, these are cloud-delivered.

An increase in custom UC app creation. Nemertes Research reports that only about 10 percent of respondents to their most recent study (2015-16 Enterprise Technology Benchmark: Unified Communications and Collaboration) had built custom apps. Twenty percent said they were evaluating it in the future, leaving a substantial market opening for customer UC app development—that is, if you’ve got the business case that would compel adoption. There’s really nowhere to go but up for businesses that get this right.

Key projection: Team apps take the lead. I mentioned above, an increase in custom UC app creation, but let’s talk about team apps specifically for a second. Not quite sure what I mean by ‘team app?’ Here’s an example—Slack, a San Francisco based company, makes software that allows teams of colleagues to exchange messages—including images and assorted files—in real time. We use it, and we love it. In fact, its popularity is such that in December, it offered a whopping $80 million to developers who could help build integrated applications to grow the platform.

Why? Records show that when the company was born in 2014, it had 16,000 users. Today, it has over 2 million and counting—70,000 of those users have paid accounts. They’re not the only player in the collaborative team app game, though, and they know it—hence the equivalent of an $80 million casting call in software-speak.

The dam on this market is about to break. In fact, TechTarget’s eGuide predicts that at least 50 percent of companies will either use a team app by the end of 2016 or will have plans in the works to get one deployed. That’s a huge figure. And a huge opportunity.

Companies using video in smaller spaces. Gone are the days when only mega conference rooms at mega enterprise corporations were equipped with robust collaboration and video technologies. Today, businesses of all sizes are changing the way they look at what makes a collaborative workspace. Smaller meeting rooms, sometimes called huddle rooms, are becoming more common and are better equipped, many complete with simple access to video conferencing, screen projection, and even content sharing. This is an overall UC trend, but there’s a very clear case for UCaaS built into the idea. If it works for your business to take video into the cloud—and for many, it does—you’ll find value in this projection.

Leveraging technology for the task worker. Most industries have task workers, many of whom use tablets or smartphones. If they’re in the field, they often have to switch apps (or sometimes even devices, depending on the situation) if they wish to communicate with a particular colleague or customer. Especially for companies in which task workers outnumber knowledge workers, optimizing collaborative interfaces to serve those outside of the boardroom can yield a meaningful increase in productivity. In 2016, I foresee more companies investing in UCaaS initiatives aimed at empowering their workforces from top to bottom.

Considering UCaaS for the first time? Here’s a tip: Note that UCaaS providers are able to use services from a variety of UC vendors, but keeping a high level of interoperability in these situations can be difficult. Take a look at solutions that have a primary vendor to help streamline your experience and maximize your ROI. What questions do you have about UCaaS and where it’s going this year? I’d love to answer them in the comments.

UCaaS pro? I’m curious to hear your opinions on the trends above. Do any of the them look familiar as you review your business’s UC initiatives or investments for the year? If not, it might be worth it to make a mental note of what moves the market will likely see in the coming months. Can you think of any trends that should have made the cut? Let me know in the comments. I’d love to hear your thoughts.