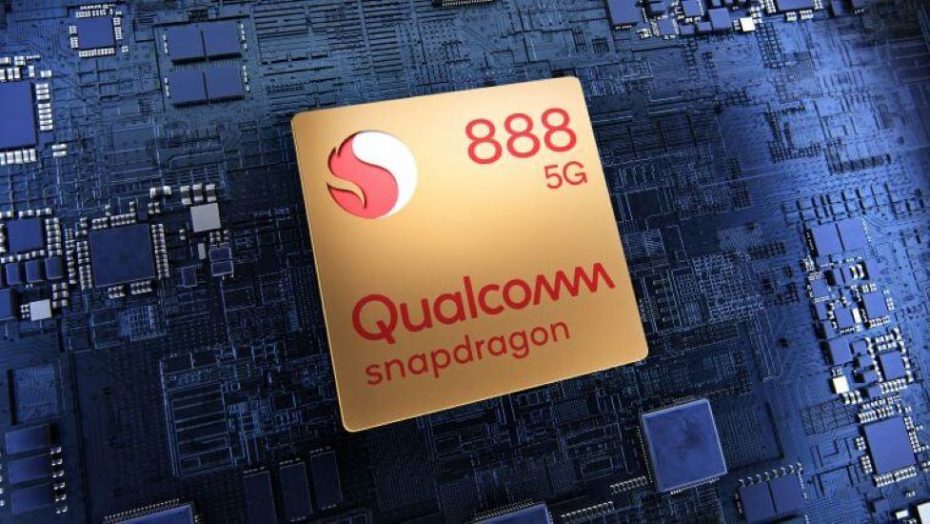 The News: Last week during its annual Snapdragon Tech Summit, Qualcomm introduced its new flagship mobile platform, the Snapdragon 888 5G platform. One of the most exciting presentations during the event focused on the platform’s exciting new camera features, powered by its slick new Spectra 580 image signal processor. In the chipmaker’s own words, these features will “transform mobile devices into professional quality cameras.” Objectively, this is an ambitious point-to-the-bleachers moment for a company not named Canon, Nikon, Sony, Leica, Olympus, or Minolta. And yet, in most ways, Qualcomm may not be wrong about this. Many of the Snapdragon 888 5G’s camera features and capabilities are indeed professional level features, and the lines between premium smartphone ISPs and professional DSLR and mirrorless camera setups are becoming blurrier (no pun intended) by the proverbial minute. Read Qualcomm’s article on the Snapdragon 888 and the future of photography here.

For good measure, here are some other key specs of the platform that help explain how it can pull off some of its photographic and processing hat tricks:

Yes, we really are reaching the point where smartphone cameras are good enough to replace professional mirrorless cameras and DSLRs for everyday use. The one last remaining hurdle: achieving natural looing bokeh.

That Qualcomm’s just-released flagship 5nm mobile chipset should be capable of pushing the limits of smartphone photography isn’t all that surprising. Its specs are impressive to say the least. But, until now the line between professional photography and smartphone photography has remained mostly unblurred (no pun intended). Primarily, the natural bokeh effect that can be achieved by professional level class, and which often helps identify photos taken with SLRs, DSLRs, and mirrorless cameras from photos taken with smartphones, hasn’t quite been emulated by even the most advanced AI-powered computational photography solutions. Phone cameras, however, are getting very close to achieving a near-perfect replication of natural bokeh effects.

Judd Heape, VP of Product Management at Qualcomm and who delivered the event’s presentation on the Snapdragon 888’s camera enhancements, explains that depth sensing, time of flight cameras, and AI ultimately hold the key to achieving natural-looking bokeh effects on phone cameras that will be indistinguishable from that of professional level glass. Blur strength having been the low-hanging fruit of that evolution on mobile devices.

As I see it, we are getting very close to the day when bokeh effects achieved by glass and bokeh effects achieved through software will look exactly the same, and Qualcomm’s EVA engine, introduced a few years ago, is well on its way to making that happen inside the space of about two to three years. Aside from that, it appears that Qualcomm’s Snapdragon 888 platform might have caught up with (and in some cases surpassed) most professional quality cameras when it comes to versatility, image clarity, and processing speed — the one slight advantage still held by professional camera setups.

Most premium phones feature three front-facing cameras — usually an ultra-wide-angle lens, a wide-angle lens, and a telephoto lens. The problem for users, however, is that to switch between cameras during use, the phone often has to guess, or anticipate, how and when the user will want to do so. This equates to time lost switching from one camera to the next, which can mean missing a moment, and perhaps even ultimately not getting the shot. Qualcomm’s new Spectra™ 580 solves this problem by featuring a triple image signal processor (ISP). This triple ISP architecture gives a photographer maximum control over image composition, as switching from wide lenses to telephoto is instantaneous, and the photographer doesn’t have to preselect one type of lens at the expense of the other two options. This is because a triple ISP allows for all three cameras to capture the moment simultaneously — and it does so without eating into image quality, since it is capable of processing up to 2.7 gigapixels per second.

Yes, you read that right: The Spectra 580 is capable of processing up to 2.7 gigapixels per second. That is an astounding performance capability, especially for a chipset small enough to fit into a phone. This triple concurrency feature also allows a user to capture three 4K HDR videos at the same time.

In yet another first, Qualcomm’s Snapdragon 888 also introduces the first 4K HDR with computational HDR video capture. Used in conjunction with its triple ISP, this allows the Snapdragon 888 5G to handle three simultaneous streams of 4K HDR video captures. It’s the same principle as above, but applied to 4K video, which will be handy for capturing all kinds of moments on video, including sports.

Speaking of sports, the Snapdragon 888 5G will also allow users to reliably snap 120fps (frames per second) burst captures at 12-megapixels. This level of performance at 120fps is as impressive as it is handy, especially for photographers looking to capture high resolution action shots in burst capture mode, which is most popular with sports and wildlife photography.

The Snapdragon 888 5G’s Spectra 580 ISP brings a few more improvements to camera features that I think are worthy of mention. The first is an entirely new low-light architecture which promises to deliver even brighter, clearer photos than consumers have grown accustomed to in recent years, even in near darkness. Given the already stellar performance of its predecessor in that area, the Spectra 480, these improvements bode well for users. More to the point, the low light performance of the Spectra 580 blows past many professional-grade DSLRS and mirrorless cameras, whose low light performance has traditionally been limited by a combination of ISO settings, shutter speed, and mechanical lens aperture. Being able to take sharp photos in near-darkness is one of the areas where the Spectra 580 ISP easily runs circles around many traditional professional-grade cameras and lenses.

For the first time, the Spectra 580 ISP also introduces AI to its 10th generation of 3A (autofocus, auto-exposure, and auto white balance) algorithms this year. Most interesting, in my opinion, is how the system’s new Saliency autofocus and auto-exposure engines were tuned using eye-tracking-equipped XR headsets to teach the algorithms which part of the image eyes naturally focus on.
Lastly, the Spectra 580 ISP can now also deliver 10-bit color depth in the HEIF format to capture images in over a billion shades of color. Previous Spectra versions had introduced 10-bit color depth (4K HDR) video in the HLG, HDR10, and the HDR10+ formats, and had added the Dolby Vision format to that list last year with the Snapdragon 865. Adding 10-bit image capture in the HEIF format to the list makes the Snapdragon 888 5G’s Spectra 580 ISP the most well-rounded ISP yet.

The Best Camera is Always the One You Carry With You

While I still contend that artificial bokeh effects achieved through software probably won’t become indistinguishable from natural bokeh from professional grade glass (on DSLRs and mirrorless cameras) for another couple of years, Qualcomm’s new Spectra 580 ISP gets close. It effectively knocks the ball out of the park in every other area when it comes to pitting mobile device camera features against professional cameras: Triple ISPs capable of processing 2.7 gigapixels per second turn one device into three concurrently cameras. The Spectra 580’s low light capabilities break through the mechanical limitations of shutter speed and aperture, which have traditionally been how SLRS, DSLRs, and mirrorless cameras solved the problem of low light photography. While its capacity to shoot 120ps burst captures at 12 megapixels could be improved upon over time (pushed to 24 megapixels, for example), 12 megapixels at that burst rate, especially in such a portable package, is astounding.

And that is ultimately the key to the Snapdragon 888’s advantage over professional-grade cameras: The best camera is always the one you carry with you. As a photographer, whether your objective is to replace a full-frame mirrorless camera with a premium mobile device — out of convenience, because you want to carry less weight and less gear, or to complement a multi-camera kit with a reliable, highly portable, no-drama “extra lens” — the point here is that premium phones powered by a platform like the Qualcomm Snapdragon 888 and its Spectra 580 ISP can now provide that flexibility without having to compromise on quality or reliability. That, as a former professional photographer, is something I can get very excited about, and something that should resonate with both mobile device OEMs and consumers in 2021.