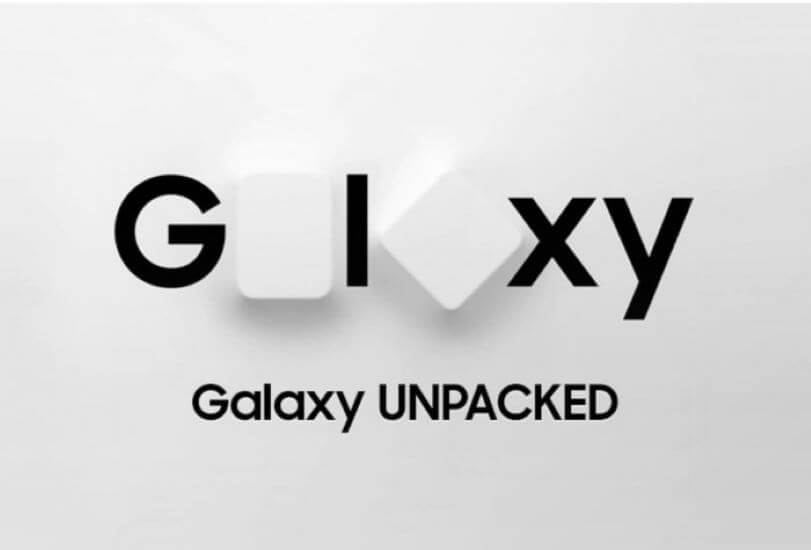 Yesterday in San Francisco, Samsung held its annual Unpacked Event where the company revealed a series of new devices that will define Samsung’s mobile offerings for 2020. The heavily attended event hosted a large global audience of press, analysts, partners and of course key leaders from Samsung.

Over the past few years, the Unpacked events have grown in size and scale as the company has continued to push innovation and challenge Apple’s prowess as the perceived leader in top-tier mobile devices.

This year’s event brought significant excitement—despite a number of leaks, which unveiled some of what we could expect, the opportunity to experience the new devices and see the newest innovations from Samsung.

By the time the fast paced 90-minute launch concluded, Samsung had made 3 major product announcements along with introducing a few strategic partnerships. This included 2 new mobile devices, new in-ear wearable ear buds, a video calling partnership with Google, a content partnership with Netflix and a gaming alliance with Microsoft—All of these partnerships touted 5G capabilities at their core, which is highlighted by an important, yet unmentioned partnership at Unpacked, and this is Qualcomm. I will touch on that here as well. 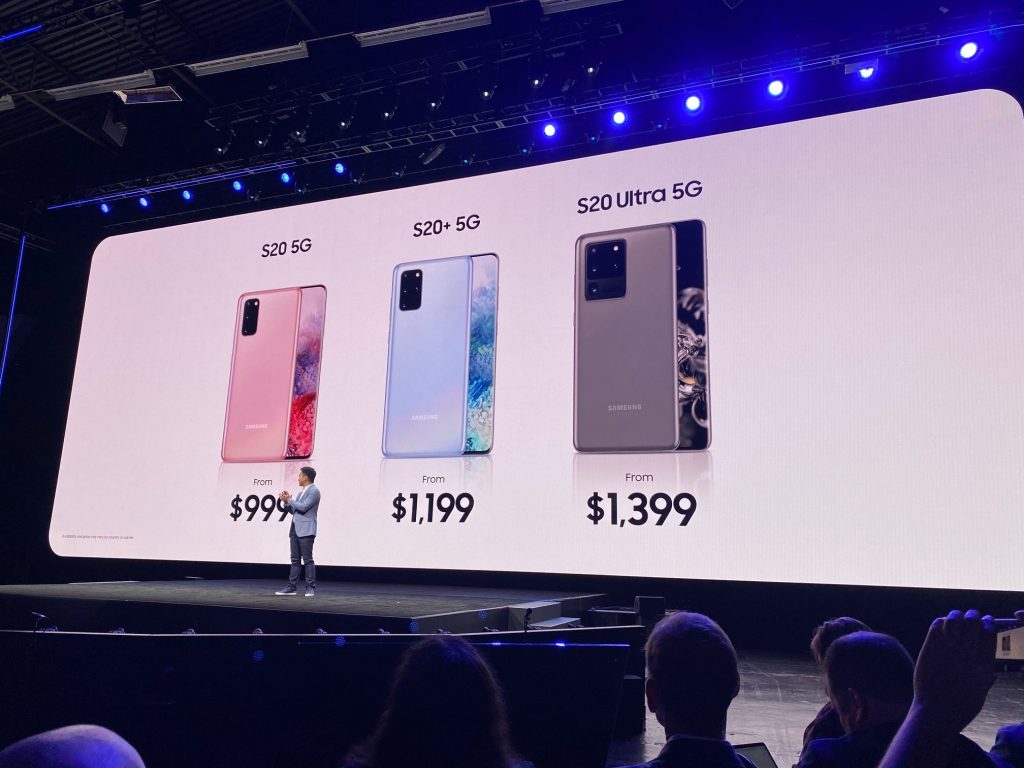 Thanks to a number of leaks, we knew we were going to be seeing the launch of the next Samsung Flagship. We even knew that there wouldn’t be an S11 as the device would take on the brand of S20. However, there were a lot of exciting capabilities that weren’t widely known about the Galaxy S20.

The camera was the focus. With 4 cameras, AI powered capabilities and a crazy 100x Space Zoom, there was a ton of attention put on this area. We also had the chance to witness the 8K video capture and playback on the device, which looked great on the big screen. The demonstrations were convincing and I do agree that the camera has increasingly been a driver of device selection. This camera and its image sensor are really impressive at first blush.

The pricing aligns with Apple’s high-end phones with the base model coming in at $999 and the top of the line at $1399. Of course the Ultra will have the richest feature set, but the base version is a 5G device, which as we know, no iPhone has at this time.

The Z Flip is also cool, and I do see a bit of a renaissance for smaller form factor devices. My wife and two daughters have long preferred the smallest iPhone to some of the bigger form factors and I think there are several demographics that may prefer the smaller device.

The pricing of the Z Flip is almost $1400 USD and this price could be a bit of a hurdle for a device that has some serious cool factor, but not as much of a powerhouse as the top of the line S20 Ultra 5G. It does however beat the price and the specs of the new RAZR flip that was recently brought out. I think this device could take any wind out of the sail of the RAZR—If it had any.

Overall, the devices can proudly tout best in class CPUs, GPUs, ISP and on device AI.

The ear bud craze hasn’t slowed down. Airpods have been a catalyst for Apple’s continued success and Samsung intends to compete in this space. Last year, Samsung launched its Galaxy Buds, and I liked the product for music and the form factor was always attractive to me. However, the sound and the microphones left something to be desired.

It seems Samsung truly recognized that the product needed some improvement and with the new generation of Galaxy Buds+, the product has improved its sound with the addition of a second speaker, improved microphone array and ambient noise handling and longer life with an 11 hour charge, which goes to 22 hours with the charging case.

At $149, the new Galaxy Buds+ are pretty easy to declare a winner of a product, but the question of adoption will determine the success. Apple has absolutely dominated this space, but given Samsung’s significant market share in devices, the Galaxy Buds+ have a lot of upside. 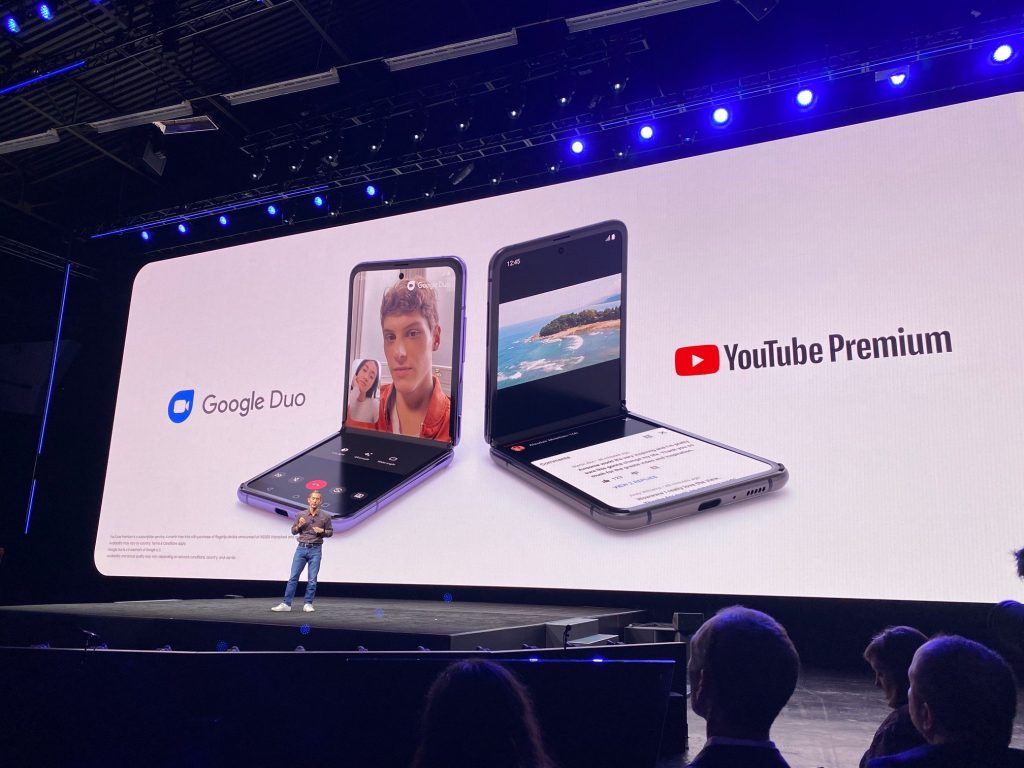 There will be a lot of coverage of the partnerships, so I will just touch on this area. Samsung is wisely partnering with Netflix given the launch of Apple’s video streaming service. The creation of a cloud gaming platform is a win-win for Samsung and Microsoft, as both companies will benefit with minimal overlap. Finally, the Google Duo partnership was also clever. The app was always available, but embedding it into the device’s call control gives a stronger competitive capability to FaceTime. Having said that, I’m still not sure that this is a feature that lures users off of Apple—I still think that is a messaging issue, which iMessage is incredibly sticky. We shall see.

One area that I’m tracking closely is the adoption of Samsung Devices in the commercial space. Despite Apple’s strong market recognition as a top premium device, Samsung and its broad device portfolio currently have about 22 percent of the market while Apple only has 14 percent. A key front that I see Samsung gathering strength will be in the commercial space. 5G has the potential to be a trigger for greater adoption, but capabilities like Samsung Knox for mobile device management is also compelling. I also believe the form-factor of the Galaxy Fold, which didn’t receive an update yet, but has really great dual functionality that I believe commercial users will love—The price is the catch on that one.

Qualcomm at the Core

One partnership that wasn’t necessarily highlighted at Unpacked, but deserves some attention is that of Samsung and Qualcomm. This partnership is at the core of bringing many capabilities to the newly launched devices, including robust 5G, on-device AI and a number of the camera enhancements.

Over the past few years, Samsung has been using a mix of its own Exynos platform in certain regions while the Qualcomm Snapdragon was used in others. Historically and unsurprisingly, Samsung would typically use their platform whenever possible. This year, Samsung expanded its usage of the Snapdragon platform by putting the 865 into the Galaxy S20 in more regions, most notably adding Korea, home of Samsung’s Global HQ, to a list that has historically included the US, China, Japan and Latin America. The decision to use Snapdragon in Korea is significant and may serve as validation of some of the rumors about the platforms increased performance over Exynos at this point in time.

Samsung also chose to lead with the Snapdragon platform in the new Z Flip. Another significant design win for Qualcomm. Both the Galaxy S20 and the Z Flip wins follow a decision by Samsung to utilize the 855 platform for its high-end A series in Europe. The way I see it, Samsung is making a really clever decision to partner with Qualcomm on platform to deliver the highest end capabilities to market. Certainly, Samsung’s Exynos platform will serve an important role in its global device strategy.

Finally, the very cool ultrasonic fingerprint technology being used to secure the new flagship phones will also continue to be a Qualcomm’s 3D Sonic integrated biometric solution. I see this as a good decision to leverage one of the most capable biometric sensors for mobile devices in the market to make sure these devices have the greatest level of security. 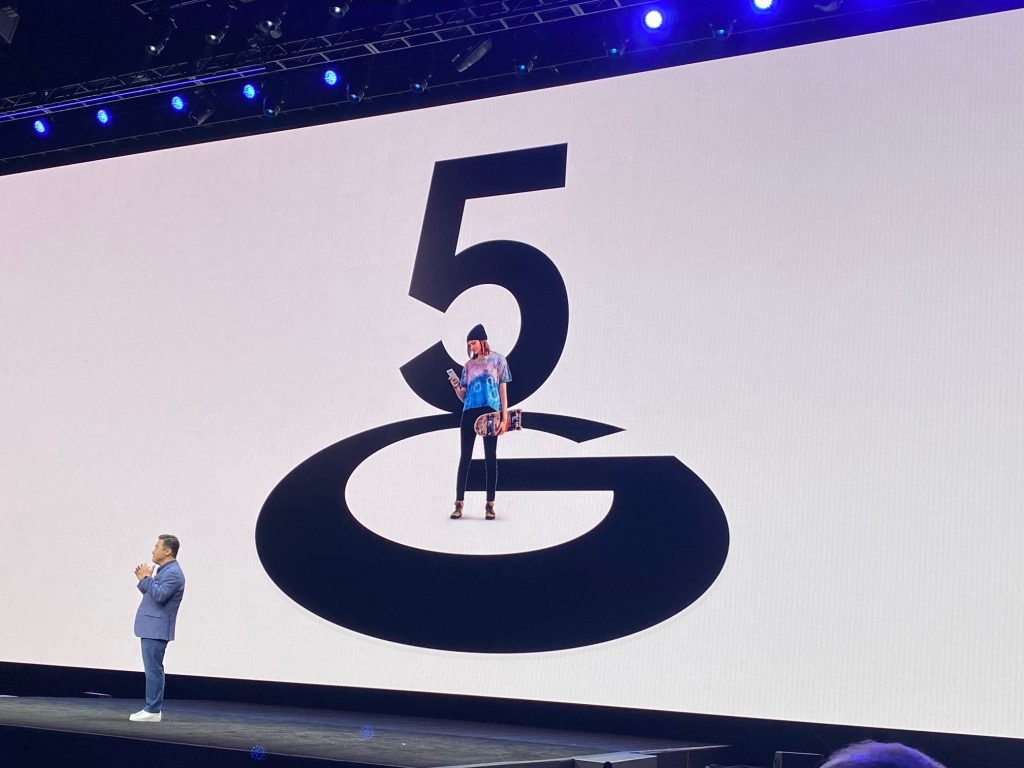 Samsung has continued to push the envelop with its launch at Unpacked. No question the global Android contingent will be excited about the new devices, wearables, form-factors, 5G connectivity, and so much more.

Samsung definitely leaned into 5G, partnerships and the market’s lust for great camera technology as it revealed its new flagship device. All the while, showing ambition to win in new form-factors, as well as deliver more compelling wearables (hearables) in the new Galaxy Buds+.

Overall, Unpacked 2020 was a big day for the company. It will be important to watch the market uptake for the new devices, but based upon the success of the S10 and S10+, I am confident that the S20 will quickly earn its place as the ultra-premium Android device and from the powerful Snapdragon guts to the beautiful design, it is already well on its way.