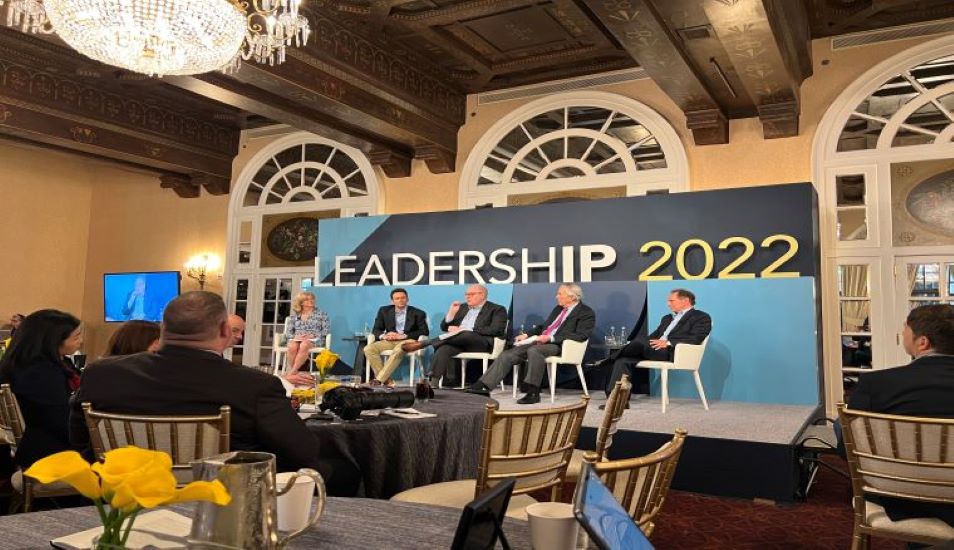 The News: Scholars, policymakers, and industry experts congregated in Washington D.C. this week to discuss critical issues at the intersection of Innovation, Intellectual Property, and Competition.

At this year’s event, panels and keynote presentations focused on geopolitical issues related to tech leadership, why standards’ leadership is critical for national security, and the intersection of IP, big-tech, and antitrust. Additionally, the risks of weakening of protecting intellectual property and disincentivizing R&D, invention, and innovation.

Read more about the event.

Analyst Take: More than five hours of keynotes, panels, and Q&A with the world’s foremost experts in IP, Antitrust, Supply Chain, and other related topics provides a plethora of pathways for this research note.

I had the chance to hear from world-class professors, ambassadors, former federal judges, and cabinet members in the State Department.

In short, the conversations were passionate, challenging, and declarative. The United States has many real concerns related to its policies, from our global economic relations to deploying incentives and investments in public/private partnerships to the best steps forward to manage our fragile supply chain.

A few of the most noteworthy items that caught my attention focused on the criticality of R&D, the Protection of IP for Inventors and Innovators, and the geopolitical and national security risks of weakening IP protection and incentives for investment in R&D.

R&D At the Forefront of Innovation

The top 5 technology companies in the U.S. invest disproportionately more in innovation. To quantify this, these five companies spend 90% of all of Japan’s R&D spend, 75% of the entire EU’s R&D spend, and 33% of all of China.

To maintain technology leadership, it is critical that the continued spending on R&D, not only in the top five but across the entire innovation ecosystem, remains significant, and the outcomes are protected by policy. And the difference between a more supportive policy for IP and less supportive one can be tracked against historic decisions where regulation weakened innovators, often in the spirit of promoting competition, but wound up materially harming companies, often at the cost of successful U.S.-based innovators.

Two examples of this are Xerox and AT&T. Both examples were used here at the LeadershIP event. Specifically, the speakers referenced that the rise of Huawei could be attributed to the breakup of AT&T. The Xerox example was even more compelling. When regulators forced Xerox to give away its patent portfolio to foster competition, it significantly weakened Xerox, and Japanese companies like Canon and Ricoh rose in the wake of Xerox.

We are at a crossroads as certain policymakers in the current administration are looking to shift policy that weakens IP rights for inventors. We are seeing this in areas that span far beyond just semiconductors. Still, as all of the critical technologies advancing industries from healthcare to financial services to automotive are run on semiconductors–it is important to draw a line between these items.

The increased desire to regulate big tech is an excellent example of balancing the desire to stimulate competition through regulation and potentially weaken some of the innovation leaders. Platforms like Apple or Amazon are undoubtedly different from 5G SEPs. Still, the conflictive nature of weakening Apple or Amazon versus promoting competition is a hard line to draw–Especially when you consider the opportunities that platforms like the App Store or Amazon Small Business create for small businesses. The difference between big tech and the patent/innovation economy is also complicated. The work and expense to develop technology and patent it is significant, but the ability to protect those patents has proven to be more difficult. As we know it, big tech tends to implement innovation (licensee) and oppose a robust patent system.

As it pertains to licensing, it becomes even more complex–especially with standards. FRAND, which was designed to create specific rules to enable inventors and implementers to work together more efficiently, already makes it hard for patent holders to protect IP in a licensing dispute–primarily due to the inefficiency of the courts. As long as a company is “Willing to license,” it can hold out on royalty payments amidst a contract dispute. The long battle between Apple and Qualcomm was a pertinent example of how a larger company can use its size and “willingness to license” as a weapon against a smaller company. Smaller patent holders often don’t have the luxury to wait the five years on average it takes to make it through a patent case. Fortunately, Qualcomm was large enough and had the resources to be able to litigate.

To weaken an already challenging environment for patent holders by removing protective actions like injunctive relief would only worsen the situation–Likely allowing implementers to take advantage of inventors and perhaps even worse global competition to leapfrog domestic leadership.

Given the significant dependence on semiconductors and tech for everything from cybersecurity to weapons systems, the national security risks are substantial. To acquiesce, leadership creates enormous dangers to national security, which can’t be understated.

Tying it all Together – Tech Leadership at Risk

Policymakers are in a difficult position right now. However, it is evident that we must as a nation put both resiliency and innovation at the forefront of our strategy going forward. To accomplish this, we can’t treat these items as mutually exclusive. The pandemic’s semiconductor shortage has brought acute attention to the shortage, and semiconductors have had a moment. The need to ramp up chip manufacturing outside the East is a real need. However, simply increasing production in the U.S. won’t completely divert risk based upon the complexity of the entire supply chain, the policy related to immigration and talent, and the risks of increasing production but not adequately protecting innovation.

The U.S. maintains leadership in innovation as our largest companies continue to invest at exponentially higher rates than other parts of the world. However, the divergence between lawmakers and governments’ value placed on IP versus the cost of remaining the leader in developing key technologies like communications standards, artificial intelligence, and media platforms is creating a risk that could weaken the U.S.

The U.S. government must continue to invest in innovation, intellectual property, and technology transfer. This doesn’t have to be in the place of the U.S. being at the center of democratization of technology across the world through global efforts and partnerships. However, when we don’t protect IP and inventors, we create massive economic, geopolitical, and national security risks that don’t need to exist.

Intel Announced the Acquisition of Granulate, an Israeli Autonomous Optimization Software Vendor, to its Recent String of Acquisitions and Keeping Pressure on Competitors