The News: Intel recently unleashed a new era of laptop performance with the launch of its next-generation mobile PC processors and the evolution of its broad ecosystem partnerships that are propelling the mobile PC industry forward. New 11th Gen Intel Core processors with Intel Iris Xe graphics (code-named “Tiger Lake”) are the world’s best processors for thin-and-light laptops with unmatched capabilities for real-world productivity, collaboration, creation, gaming and entertainment across Windows and ChromeOS-based laptops. Read the full press release here.

Analyst Take: Wednesday marked a big day for Intel as the company officially launched its 11th generation of Intel Core processors. This launch has been long anticipated, under code-name “Tiger Lake,” as the world wanted to know what to expect from the leading PC chip maker.

Beyond the 11th gen chips, the company also launched the Evo platform, which comes with a baseline set of technical verification, and was able to announce a significant number of design wins that will be based upon the 11th gen processors from the likes of Acer, Dell, HP, Lenovo, Samsung and more.

As a bonus to the launch, CMO Karen Walker informed the audience that the company is announcing a new brand to reflect its next wave of ambitions. It’s been more than 20 years since the last time Intel updated its brand identity.

What does the 11th Gen Intel Core Deliver?

At the launch, Intel positioned its 11th Gen Intel Core processors with Intel Iris Xe graphics as the world’s best processors for thin-and-light laptops. Key specifications included the ability to deliver up to 2.7x faster content creation, more than 20% faster office productivity, and more than 2x faster gaming plus streaming in real-world workflows over competitive products.

For video editing, the 11th gen processor shows to be 49% faster than Ice Lake and 2x the speed of AMD and for streaming online games, it’s showed a 77% speedup over Ice Lake and 146% over AMD.

These specs are encouraging and the launch proves that Intel still has significant innovation in its DNA. Undoubtedly, competitive leapfrogging will continue, but based upon the volume of design wins and commitments for Tiger Lake (old habits) processors to be in lightweight laptops for the holiday season, serves as an indication that the demand for Intel is stable and should see a bump with the improvements in its 11th Gen.

Project Evo – A Platform of Reliability

Some of the KEIs the company is promising as part of its Evo platform:

There are other requirements for Evo including standards for wired and wireless connectivity leveraging Thunderbolt 4.

This is good marketing as the company provides a seal of approval for its OEMs that are designing lightweight, connected PCs, with what Intel has verified to be best of breed experience indicators as well as passing through the company’s Athena verification. 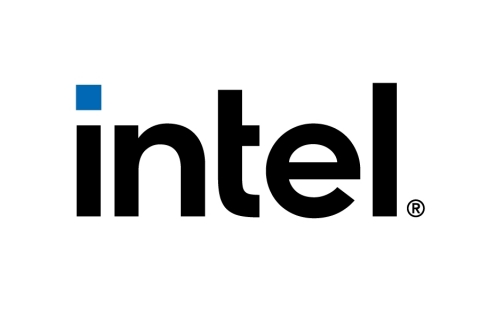 The company put forth a new brand today, which included a new logo. I think the timing for this kind of change was quite good. While Intel’s financial performance has been terrific, there has been no shortage of scrutiny for missed timelines and innovation delays. After its most recent 7nm setback, I said it was time for the company to re-frame expectations and be steadfast not to miss. The new brand has a chance to be a beacon of an operationally excellent innovation leader that has gotten back on track, hitting its marks.

I also happen to like the look of the logo

Overall Impressions of the Intel Launch

The 11th gen Intel Core processors offer an exciting update for a company that has seen a few recent hiccups. Of course, the competition is still strong and Intel will need to keep aggressively pushing toward its next generation including 7nm. However, the quality and reliability associated with the Intel brand is still very much there. The PCs based upon the newest variants of Intel are also going to deliver lightweight, powerful experiences for users and will certainly be popular for commercial as well.

Also, the massive pent up demand for notebooks will be a great thing for Intel as we head into the holidays. Especially if Intel can meet this demand head on. Time will tell. Solid overall launch for Intel!

Splunk’s Transformation: The Real Story Behind Its Earnings