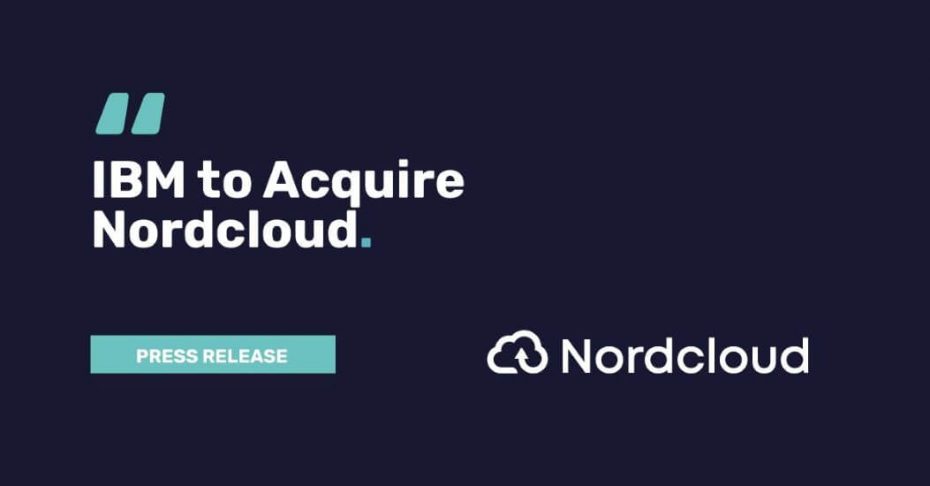 The News: LONDON – IBM announced Monday that it has acquired Finnish cloud consulting services provider Nordcloud for an undisclosed sum as it looks to gain an advantage in the increasingly fierce cloud wars.

Founded in 2011 and headquartered in Helsinki, Finland, Nordcloud has a current turnover of around 50 million euros ($61 million) and over 450 employees, according to its LinkedIn page. Read the news item on CNBC.

Analyst Take: It appears that the holidays will not slow down deal-making this year. Yesterday, Honeywell made a big acquisition announcement with its intent to buy Sparta Systems. IBM also jumped into the fray by announcing the acquisition of Nordcloud.

As mentioned in the news piece, Nordcloud isn’t a particularly large entity with only about $61 million in turnover and 450 employees, but IBM has made its large platform bet in the hybrid and multi-cloud space that was its $34 billion acquisition of Red Hat. The Red Hat acquisition put IBM in a position to become one of the leading players in the Enterprise Cloud space, especially as the propensity toward hybrid architectures and multi-cloud adoption continued to gain momentum.

With the company set up to divest its managed infrastructure services business, the pivot to acquire additional cloud deployments capabilities makes sense. As I see it, this acquisition will be particularly helpful in enabling IBM to win more cloud deals in the EU.

From a competition standpoint, Nordcloud competes in the crowded cloud infrastructure managed services space with Accenture, Capgemini, Deloitte, and Cognizant. Rackspace is another competitor, although with a slightly different profile than other integrators. Nordcloud noted its key industries as manufacturing, technology, and financial services based upon its comprehensive offering that covers everything from application services to cloud tools, as well as managed cloud offerings.

While the lack of deal size always makes it hard to know if a deal is a “Great” one, I feel this one was small enough in size that the upside is exponential to the risk for IBM. As the company leans harder into enterprise cloud, it has to recognize the growing complexity of IT environments, and making investments that can remove complexity will be important to enable IBM to meet its potential in hybrid cloud.

I’m optimistic about the deal. It’s a smart move to address a need and a market while showing shrewdness to scale through opportunistic inorganic growth.