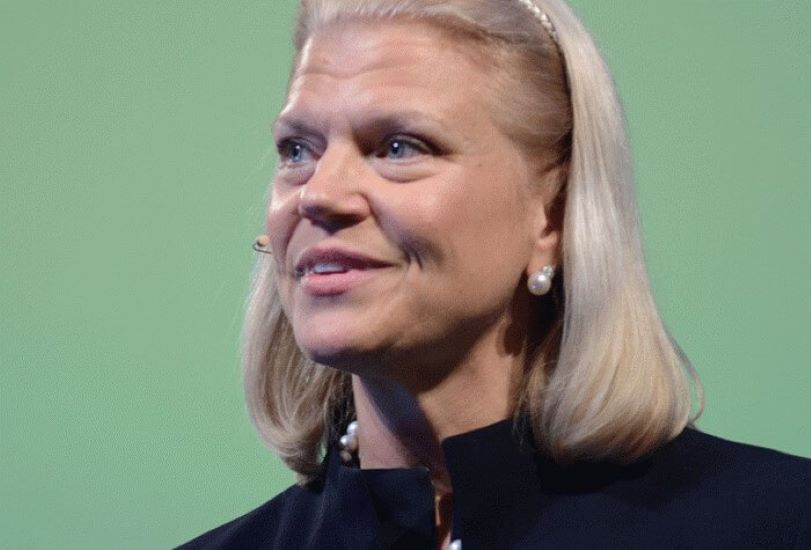 The News: IBM shares jumped as much as 5 percent on Thursday after the company said Arvind Krishna is becoming its 10th CEO, replacing Virginia “Ginni” Rometty. The change is effective on April 6, according to a statement.

Krishna, 57, is one of IBM’s top executives, having joined the company in 1990. He’s currently IBM’s senior vice president for cloud and cognitive software. Krishna worked on the Red Hat acquisition. Earlier in his time at the company Krishna worked on security software and information management, and he is a co-author of 15 patents, according to a biography on IBM’s website. Read the full news item on CNBC.

Analyst Take: First of all, congratulations to Ginni Rometty for her eight year tenure as the CEO of IBM. I remember feeling excited when I heard about her appointment as the company’s first female CEO. While the news didn’t come entirely as a surprise to me, it did happen about one year sooner than I had anticipated. Having said that, I think this was the right decision for IBM at this time. Rometty has worked diligently to evolve IBM’s brand, services and narrative while facing a number of inherited challenges and an onslaught of new challengers. Big bets in areas like big data analytics, AI/ML and Public Cloud under Rometty have all been prioritized, but the desired outcomes of market leadership in those areas have stalled.

In April, when Rometty steps down from her role as CEO and into the role of executive chairman for the remainder of the year, it will be a new dawn for IBM. While the company has certainly had its ups and downs during Rometty’s time in charge, the company is approaching a pivotal moment where it needs to make a series of precise decisions to continue on a growth trajectory and remain relevant as one of the world’s leading technology company’s. In order to do this, the company under its new CEO, Arvind Krishna, make significant strides in key areas including Cloud, AI/ML and Big Data while also keeping an eye to longer term trends like Quantum Computing.

Thoughts on the Appointment of Arvind Krishna

I believe that Krishna brings continuity in IBM’s executive suite, and experience as a strong product unit leader with a consistent emphasis on profitability and innovation. His most recent leadership of IBM’s cloud and cognitive units means he’s the logical executive to lead their growth initiatives going forward. The decision to elevate Krishna to CEO is consistent with IBM’s post-Gerstner return to its own promote-from-within culture. I always see that as a positive in terms of continuity, but it can be a hinderance on imagination and creativity. Krishna will need to bring both to the role in order to help the company break through into stronger market positions in the key areas that I mentioned above. I’m hoping to see a bit of what Microsoft was able to accomplish in the Ballmer to Nadella transition. I see many parallels here, where items that were put forward under Rometty, but not necessarily fully executed could see massive improvement under the right leadership.

It isn’t typical that a CEO announcement like this one calls out the separate appointment of a President. Typically, you hear about the CEO that is leaving and the timeline and then the incoming replacement. In this case, IBM took the time to point out both Krishna as CEO and Whitehurst being elected as President. While this by no means looks to be a Co-CEO arrangement, I did find it interesting that the appointment of Whitehurst was made at this time. To me, that is an indicator that the company really sees the critical importance of the Red Hat acquisition and having Whitehurst’s support and contributions at the most strategic level of the company. At $34 Billion, Red Hat was a massive bet for IBM, but I firmly believe it will pay off as multi-cloud continues to gain traction. This appointment may be overlooked a little bit, but I see it as very strategic for IBM.

Going forward, I see Jim Whitehurst focusing on integrating IBM’s diverse solution portfolio around the hybrid, multi, mesh, edge cloud opportunities that stand out, and that could put them in a good position if those complex environments become standard in IBM’s Fortune 500 customer base, and AIOps (leveraging the Watson R&D) will become essential in binding it all together for continuous end-to-end self optimizing management.

IBM just came off a strong quarter, but too much of its success is still attributed to legacy business. The Mainframe business is a stalwart for profitability and while the products are plenty innovative for mainframes, the company has remained too dependent on these types of legacy businesses. I believe this is the first thing that the new leadership needs to fix.

With a massive consulting and technology delivery business to support its go to market, I believe the company needs to really zero in on the Cloud business through the lens of multi-cloud going forward. The Red Hat acquisition tees the company up nicely on the developer side and while the IBM Cloud has fallen far behind the leaders AWS and Azure, with Red Hat, IBM Cloud and the support of GTS, the company is in a sound position to scale up the multi-cloud efforts, which could be a key part of reviving the public cloud business.

The competitors have also done a much better job on the platform side. IBM wanted Watson to be an out of the box solution, but enterprises are moving toward AI and ML ops based upon well designed platforms that include framework, hardware and software available to be consumed on-demand. This allows companies to focus on customizing the data science while operationalizing the infrastructure, effectively creating the platform to AI. This is what will put IBM in the drivers seat to become a leading provider of AI, ML and Analytics solutions to the enterprise. The tools are in place, but the delivery and focus needs to be razor sharp going forward. I think Krishna and Whitehurst can accomplish this with focus.

This transition needed to happen. Just like Ballmer to Nadella, IBM needs a fresh perspective with a focus on executing on the technology it has at its disposal while doing better to win market leadership positions in key areas; especially around the cloud. I’ve been bullish on IBM overall, and I still think the company has the foundation to grow and regain a cool factor in Cloud and AI, while not removing itself from legacy products, but solidifying itself in markets that have greater longevity.

A positive day for Big Blue. Looking forward to watching Krishna take the helm in April and seeing the impact he can make in his first year.