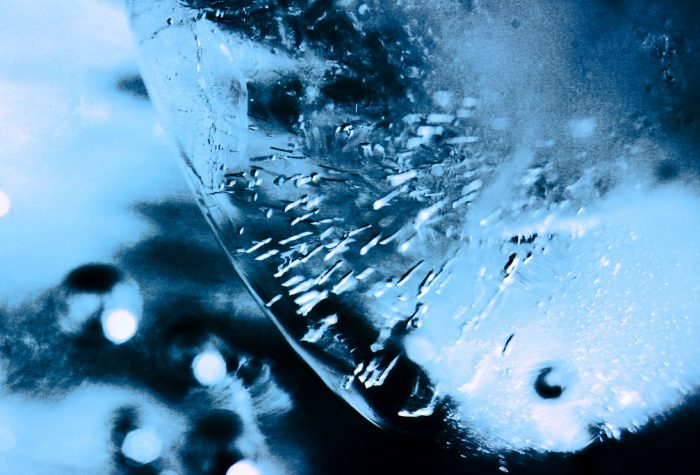 A bubble forms when there is a run-up in the price of an asset not justified by the fundamental supply and demand factors for the asset.  We saw this happen with the dot-com bubble burst in the early 2000’s, then again with the real estate bubble burst in 2007 and 2008. Will we see the same thing happen to AI? AI is but a pipe dream for smaller companies, where countless obstacles make extensive implementation all but impossible for them. All the large tech companies — Amazon, Google, IBM, Facebook, Microsoft — have invested in AI in some way, yet there hasn’t been any widespread adoption. Why?

The AI bubble burst won’t be as big as the dot com bust, but unless AI companies prove their value proposition, customers won’t come. Just ask One King Lane, the once-promising home furnishings site; it sold for $12 million after a previous $900 million valuation. To prove their value, companies must differentiate themselves from the competition and overcome several hurdles including but not limited to lack of qualified talent and funding, overwhelming big data, and implementation issues.

Companies of all sizes struggle with the same problem: Finding and keeping sufficient and qualified talent. According to Charles Green, Director of Thought Leadership at Belatrix Software, “It’s a huge challenge to find data scientists, people with AI experience, or people with the skills to analyze and use the data, as well as those who can create the algorithms required for machine learning.” While there is a multitude of digital-savvy people capable of working on the tech side of things, they are not skilled in connecting it to the business side of things. When the unicorn employee, one who possesses both the technical and business expertise, does surface, there is no way smaller or start-up companies can afford him. A data scientist is estimated to earn up to $144,000 a year, and it goes without saying more than one scientist is necessary to create and maintain a data team, especially one capable of implementing AI successfully and consistently. Because this talent is in such high demand, finding it is only half the battle. Companies are constantly competing with each other and the market to fish in the shallow yet extremely expensive talent pool. In short, AI is simply not affordable for many.

In addition to the expense of finding and keeping qualified talent, AI doesn’t always offer an immediate return on investment. Businesses normally rely on AI to improve quality and efficiency, two factors whose results are not measurable right away. E-commerce companies that are using AI to improve customer satisfaction via strategies like relevant product recommendations haven’t been all that successful in translating AI into sales. Amazon’s Alexa-powered voice search hasn’t translated into more sales, but instead privacy and data use issues.

Speaking of data, the problem with it is a confusing contradiction: There is either too much or not enough. An abundance of data requires organizations to rely on sophisticated analysis solutions which only works if smart machines know how to use that data. Otherwise, it’s rendered useless. On the flip side, lack of data doesn’t allow for correct implementation of AI. Applications such as speed and image recognition require a wealth of data and deep machine learning. While big companies like Google and Facebook are at a distinct advantage here, many other companies struggle with the fact they have great ideas and enough data, but implementing them continues to be an enormous undertaking. Then we have sectors like healthcare, where the capabilities of securing adequate data proves next to impossible.

Another barrier to AI widespread implementation is the lack of intelligence the average Joe has about artificial intelligence. Despite the majority of CEOs, CIOs, and CEOs ranking AI among the most important technologies of the 21st century, they still know very little about it. This is troublesome because technically, AI has been around for more than 50 years. Machine learning has simply been rebranded as “artificial intelligence,” yet decades later, those in positions of extreme power and influence—like members of United States Congress—continue to leave their heads in the sand. What’s more is they seem unwilling to acknowledge the displacement of our educated, skilled laborers as AI slowly replaces them. We’re already digitally connected; The infrastructure is in place. By nature, digitization is ubiquitous and swift, which means this torrent of re- and displacement should happen sooner rather than later and affect more people than it won’t. However, this is a technology and conversation businesses and government alike are avoiding, either because they don’t know enough about it or because they are afraid of its impact. As a result, AI isn’t being adopted and used in the capacity that it could be. You can lead a horse to water and all of that.

Some, like Bradford Cross, claim incorrect implementation across the board has already caused the AI ‘bots bubble’ to burst. Bots-mania began when users suffered “app-fatigue” from having to download too many apps as opposed to simply using the mobile web. AI like Siri and Alexa required less effort and was easier to use. At least for a little while. Soon, though, users became frustrated with the fact that a robot couldn’t understand them as another human would. Customer service suffered at the hands of the bots, who were essentially low quality human reps, and users found themselves hitting a proverbial wall when their bot agents came to the end of their troubleshooting capabilities. A steep drop-off after the peak of excitement is the epitome of the bubble burst.

Inadequate talent, unclear return on investment, and the growing problem of big data are challenges businesses continue to face in adopting AI. Efforts to demonstrate their valuations are falling flat, culminating in flops like once highly anticipated online grocery delivery startups.

The challenges are what they are, but it’s also entirely possible there are more start-ups than the world needs. None of this is to say that AI isn’t a hugely important development that will forever impact the future of how we live and how we work. However, the hype of AI, especially as it pertains to many businesses utilizing it day to day, may be inflated a little—or a lot.