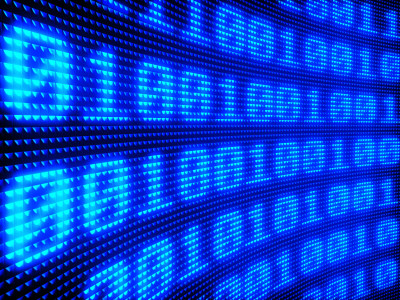 If you thought the cloud wars were already tense, you were right. But the rise of blockchain is pushing that war to a whole new height as giants like Microsoft, Amazon, and IBM rush to bring Blockchain-as-a-Service (BaaS) to the cloud environment. Will BaaS become the key differentiator in the competition—or will a whole new technology race in to disrupt the digital landscape? Below, I offer some insights.

In case you’ve been too overwhelmed with cloud, fog computing, and other tech advancements tearing through your industry, here’s a quick overview: Blockchain is the technology behind Bitcoin, a type of encrypted digital currency. But unlike Bitcoin, Blockchain is not a strictly financial tool. Although it is designed as a general ledger, in its simplest sense, it’s a way to move and store blocks of cryptographically validated data that users can’t corrupt. In other words, it creates a transparent paper trail that anyone can access, but no one can alter. That makes Blockchain far more than a financial tool—it makes it the latest way of sharing, validating, or otherwise endorsing almost any kind of value point, be it “money, titles, deeds, music, art, scientific discoveries, intellectual property, and even votes.”

Why Add Blockchain To The Cloud?

Setting up your own Blockchain is not easy. It requires heavy infrastructure and development capabilities that most businesses aren’t savvy enough to manage. Enter BaaS. As more companies discover the power of Blockchain and what it can do for their businesses, there will be even greater demand for making this technology more easily accessible. According to Harvard Business Review, Blockchain is the next great disruptor, even more likely to change the next decade of business than big data or artificial intelligence (AI). Says the writer, just as the internet was the first native digital medium for information, Blockchain is the first native digital medium for value. Some 65 percent of banks are expected to implement a Blockchain solution in the next few years—and that’s just on the finance side. The technology is set to see a massive explosion throughout the business landscape.

How Can Blockchain-as-a-service Be Used?

The easier question to answer may, how can’t it be used? Just like with any new tech disruptor, you might have to get creative to get your head around how the technology will play out in your industry. But the following are a few examples of how Blockchain could change businesses across the board.

It can eliminate the middle man. Because it validates transactions—and the value of the property being transacted—Blockchain can reduce the middle man, be it the art dealer, real estate agent, music agent, or estimator. The same is true for creative licensing. With Blockchain, artists can go straight to the people, rather than through music labels, to protect their own music and royalties. Move over, Spotify. Artists may once again be able to make money for their music.

It can manage “smart contracts.” You think digital signatures are the wave of the future? Think again. With Blockchain, smart contracts will not just facilitate the gathering of signatures, but the enforcement of a contract’s performance.

It provides a non-bank for the un-banked. For those who don’t have a bank—or don’t believe in them—Blockchain can help manage and certify their own financial value without the need for working with a banking institution. It can keep track of their “money” digitally, and allow them to process payment by phone or app.

It can validate—and secure—almost anything. From voter authentication to government processes, health information, and proof of intellectual property, Blockchain can serve as a secure process to validate almost anything of value, and to keep it safe. Indeed, because of the Blockchain structure, it’s far safer than standard cloud environments.

It will serve as a springboard for the IoT. Many have concerns that the cloud—and even fog—will not be secure, fast, or large enough to handle the influx of information created by the Internet of Things (IoT). Blockchain picks up where cloud technology leaves off by creating highly secure venues for information sharing—far better than cloud alone.

It’s transparent. Perhaps one of the best arguments for incorporating Blockchain into government is that it is completely public. Even better, it prevents history from being re-written by allowing information to be extended, but never appended, which ensures complete integrity of all involved.

Though it is early in the development of Blockchain on the wider commercial market, the potential for incorporating the technology into almost every industry is endless—from sharing college research papers to inventing the cure for cancer. Perhaps a better name would be Blockchange—because of the promise it holds for transforming businesses around the world.

Addition Resources On This Topic

How Blockchain and Bitcoin IoT Will Fuel the Industrial IoT

Blockchain: 2017’s Superstar on the Rise