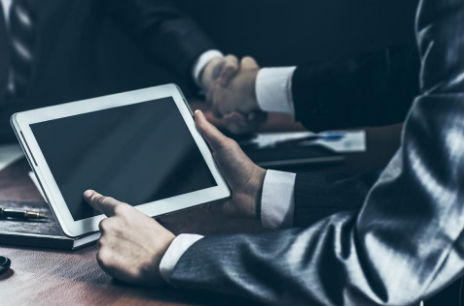 The power to purchase products lies in the consumer’s hands and now, thanks to our connected world, they have more information than ever before. A company’s moral code, how they handle customer relationships and trust, and how the execute communication are all high priorities in the buying decision. More and more businesses are moving towards a transparent supply chain and interactions with customers.

In a study completed by Label Insight, almost all consumers – 94% in fact – are likely to trust and remain loyal to a brand that offers complete transparency. It doesn’t stop there. Almost three out of four consumers would be willing to pay MORE for a product that offers this transparency as well.

Major tech companies are responding to the consumers’ cries for more transparency in big ways. With the above stats, productive and profitable companies depend on how well this trust can be developed. Let’s talk about some specific initiatives happening right now to further the cause.

In the light of recent events, Facebook has felt the heat regarding transparency. At the end of last year, Zuckerberg revealed new transparency initiatives to counterattack political meddling and unjust advertising practices.

All users will soon be able to see all active ads that are run by any specific account. There will also be an archive of these ads that are in relation to federal elections within the U.S. Political advertisers will be required to verify their identity and include a disclosure in ads relating to the election. This disclosure will be required to state, “Paid for by”. Facebook users will be able to click on this disclosure to see more information about the political advertiser.

Facebook’s ultimate goal is to ask for a higher level of accountability from the electoral process and to protect its integrity. Transparency throughout the process allows voters to trust information and make educated decisions, without being swayed by false information.

In 2017, Google announced its new transparency initiative to help slow the spread of fake news. Google will now start to hide and block websites from their news results that have masked their country of origin. The company has further laid out guidelines that must be followed to a tee for the website to appear in Google News results.

According to Bloomberg, “To appear in Google News results, websites must meet broad criteria set out by the company, including accurately representing their owners or primary purposes… the search giant added language stipulating that publications not “engage in coordinated activity to mislead users.” Additionally, the new rules read: “This includes, but isn’t limited to, sites that misrepresent or conceal their country of origin or are directed at users in another country under false premises.”

Google’s goal is to ensure that consumers understand where their online news is coming from and help websites become more transparent about their origins.

The tech giants aren’t the only ones making changes. Major companies have been heard threatening to pull money from big advertisers if they do not fix the illegal content issue on their websites. These brands don’t want to be associated with fake news—and who can blame them.

Unilever has asked that Facebook and other social media websites take on the responsibility of transparency and start to combat fake news and terrorist content. Chief Marketing Officer for Unilever, Keith Weed made an interesting speech surrounding the issues. He states, “It is critical that our brands remain not only in a safe environment, but a suitable one. Fake news, racism, sexism, terrorists spreading messages of hate, toxic content directed at children…it is in the digital media industry’s interest to listen and act on this. Before viewers stop viewing, advertisers stop advertising and publishers stop publishing.”

As just one of the many companies that may make these demands, Unilever itself spends $9.4 billion dollars a year on marketing alone, a potentially detrimental loss for advertisers.

Facebook has since made the decision to use artificial intelligence to weed out photos, videos and text that may be related to terrorism. However, as Keith Weed states, “2018 is either the year of techlash, where the world turns on the tech giants—and we have seen some of this already.”

The European General Data Protection Regulation or GDPR is set to change how Europe’s data is handled completely. Set to become effective on May 25 of this year, customer data will have new regulations placed upon it that must be followed.

The GDPR will open new doors towards transparency for the consumer. It will allow consumers to have easier access to the data companies hold, will implement new fines for companies that are noncompliant and new regulations towards obtaining consent prior to collecting information. Businesses may be required to have data protection policies in place, perform impact assessments and have documents on how the consumer data is processed.

With consumers being able to receive what data is being held through which company at any given time, trust will be impacted throughout businesses in Europe, with consumers located all around the world. Consumers could find that the data being held is cause for concern, creating a demand for a more widespread adoption of these regulations. This is a new level of transparency we have yet to see.

As you can see, transparency is almost required for any business to thrive. With consumers wanting to know exactly what they are getting before they pay for it, good business means placing glass where bricks used to be. Only time will tell if these initiatives are enough to offer the transparency consumers desire, or if businesses will need to completely open themselves up from the inside out.