The News: The Amazon 2019 hardware launch event was filled with new Alex-powered gadgets – 14 of them to be precise. It was a 90-minute fast-moving presentation, that spanned expected Echo speaker and screen refreshes to surprise announcements like the Echo Frames (smart glasses) and Echo Loop (a smart ring). The thing about Amazon events is many of the newly announced products go on pre-order right away, with most of the devices set to arrive in your home before the end of the year.

Here’s a list of Amazon’s new devices and pre-order links for the US, UK and Australia:

Thank you Tech Radar for the quick rundown, read their live coverage and news item here.

Analyst Take: Yesterday marked quite a day for Amazon as the company announced a huge set of additions to its Alexa powered family of Echo, Ring  and other smart connected devices. While I’m not going to cover every single product launched, I do want to cover a couple of items that I think are pretty interesting and provide an overall impression of the days events.

Echo Studio: Hold your breath Sonos, here comes Amazon. While the company hasn’t been known for its state of the art sound, it has been the most popular way to bring whole home audio into the house and most people didn’t even see it happening. Studio, at a reasonable price of $199 is promising to deliver hi-fi quality audio in the home. I see this being popular among those looking for a bit more from their music while utilizing Alexa day in and day out.

Echo Buds: This product was inevitable, but it may also be the only product I’m not entirely sure about. Bose powered, simple pass through on high quality noise cancellation and a host of Alexa voice controls, so what isn’t to like? Even the $129.00 price tag is more than reasonable. For me, the rub is in the product’s size. The earbuds are much bigger than the Galaxy Buds and lack the allure of Apple’s Airpods. The case is also a bit large for the pocket, and I do think form is important there since people want to have easy access to the buds as they use them. This will be one to watch for sure. 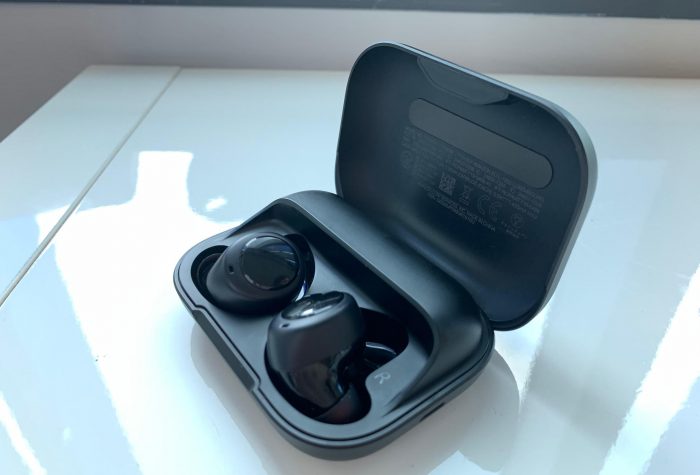 Amazon Eero:  I love simple to use Mesh Wifi Routing. At $99 or $249 for 3 nodes this is an important new release that will make setting up better wifi in the home easier for most. Even setting up Guest Networks will be (wait for it), Alexa enabled as Eero is Alexa powered.

Amazon is quickly cornering the personal connected universe. While the company has had some past misfires in consumer electronics like its Fire phone, the proliferation of Alexa has been awe striking as the company has quickly cemented its place as the provider of smart home technology.

This launch only further accentuated the success and adds to the plethora of options that users have to now put Amazon in our ears, on our fingers, over our eyes and in our pockets (albeit through an app rather than a device). Essentially from the time we enter our home, our clocks, power receptacles, appliances and alarms can now be Alexa powered; and with most devices being under two-hundred bucks, the company has made a smart home achievable for a wide swath of consumers.

I’m still most fond of the Echo devices in the home as they are well built, sound pretty good and generally one or two of them offer a ton of conveniences. However, the proliferation to multiple devices and continuous connection with Alexa was inevitable; at least from Amazon’s point of view. The question to follow is how well received it will be by the general population.

My only note of pause on the day came down to the ear buds. The price, Bose sound and noise cancellation were all awesome, but they seemed a little large both the buds themselves and the case. I wonder if that will be an impediment. I guess we will see soon enough. But kudos to Amazon on another fine day at the office, ehem, I mean, in the home…