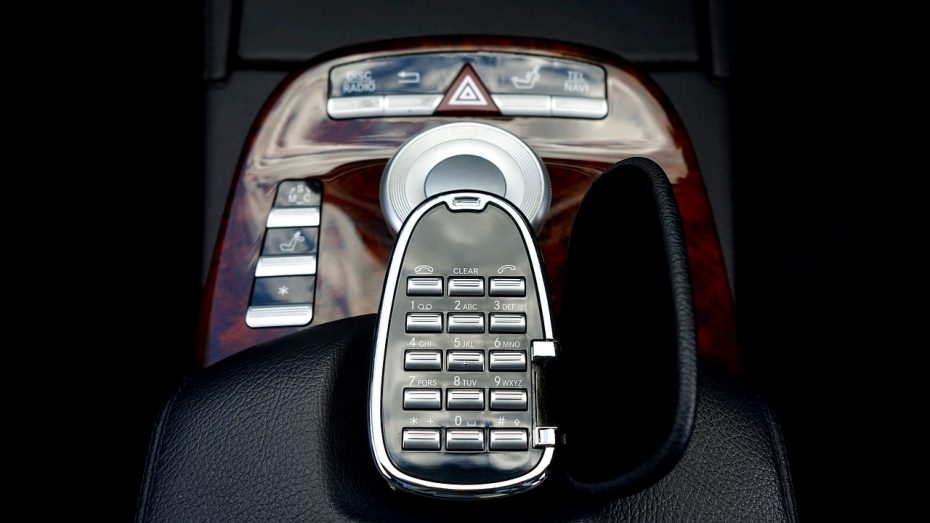 The Internet of Things (IoT)—it seems like we can’t go five minutes without hearing about it, especially as we close out the year and look toward future tech trends. There’s good reason for that. The IoT is already starting to revolutionize several aspects of our lives, from our energy consumption to in-home entertainment. But perhaps one of the most exciting things we as consumers can look forward to in the coming year—or years—is vehicle connectivity.

Awhile back, I saw a commercial for the Honda Fit, marketing its onboard WiFi connectivity. That seemed pretty revolutionary at the time. But what I’m talking about with connected vehicles isn’t so much the WiFi that allows your kids to play games or watch videos—it’s vehicle-to-vehicle (V2V) and vehicle-to-infrastructure (V2I) communication that promises to keep roads safer and less congested. It also promises to inundate you with more shopping incentives than you’ve probably ever received in your lifetime, but we’ll get to that later.

By collecting vast amounts of data (25 GB per hour, according to a Hitachi report—imagine financing that data plan!), connected vehicles are set to revolutionize the average user’s driving experience. The following are the top five ways I see the IoT changing transportation in the near future.

It Will Make Driving Safer

The U.S. Department of Transportation is already working with device and car manufacturers to equip cars with the technology to communicate with each other, helping them understand where other cars are on the road. I’m not just talking about high-end cameras. I’m talking about sensors that can detect car activity even out of the car’s vantage point. Drivers would get alerts when a car is about to run a red light or cross into their lane. Ideally, this new technology would help dramatically reduce the number of serious accidents on the road. In fact, some estimate that vehicle connectivity could reduce crashes by up to 80 percent. Imagine what more they could if they are able to sense when drivers were impaired, asleep, or suffer a medical emergency. It could be a life changer in the most literal sense.

In addition to keeping drivers safer, cars will be equipped with sensors and data that will alert drivers of traffic on their usual routes and help them move through the streets more efficiently. If you’re rolling your eyes because you already have GPS in your car, I get it. But the IoT would take your GPS to a whole new level. Imagine Waze on speed. It would loop in traffic information from lights, busses, trains, cars, and just about everything to create the most efficient driving space imaginable. And by reducing crashes, it will also eliminate the congestion that can crowd the morning commute with fender benders and looky-loos.

It Will Help You Manage Maintenance

Have you ever run out of gas, forgotten to top off your oil, or had low tire pressure? With connected vehicles, you’ll never even have to remember. By connecting your vehicle’s diagnostic indicators to the IoT, you’ll automatically receive alerts to fill up, gas up, or air up when your car or truck needs it. But that’s not all. Because of the V2I component, that information will also be shared with local gas stations, oil change locations, etc., which will allow them to market to you in real-time with offers and incentives that will make your maintenance even cheaper. Oh, and an in-flight assistant can even schedule the appointment if maintenance is required. How much easier could life get?

It Will Be More Rewarding

As I noted above, V2I connectivity will allow companies to monetize the vast amounts of data collected through the IoT to learn more about you, your shopping habits, and where you drive. Sensing frequent trips to Target, for instance, you may begin to receive on-board notifications for discounts to your local Target store, or coupons for certain coffee shops and restaurants on your route to or from work. The opportunities for in-vehicle marketing are literally endless, as brick-and-mortar companies race to hit customers while they’re out and about in their vehicles.

It May Ruin Your Roadtrips

If you’re someone who likes to take a drive to clear your head, or take a road trip to bond with family, you may have mixed feelings about vehicle connectivity. Indeed, in my view, connected vehicles mark a clear shift to an age when no personal space is sacred. Data will be collected—and monetized—no matter where we are, or what mayhem we’re hoping to escape. Yes, it will keep the street safer. But it may come with personal costs that many aren’t willing to pay.

Transportation is in for a huge—and largely positive—change in the next few years, thanks to the IoT. There are seemingly endless use cases for law enforcement, supply chain, and of course your average driver. If you’re bummed because driverless vehicles haven’t panned out quite yet, rest assured; connected vehicles are the next best thing.