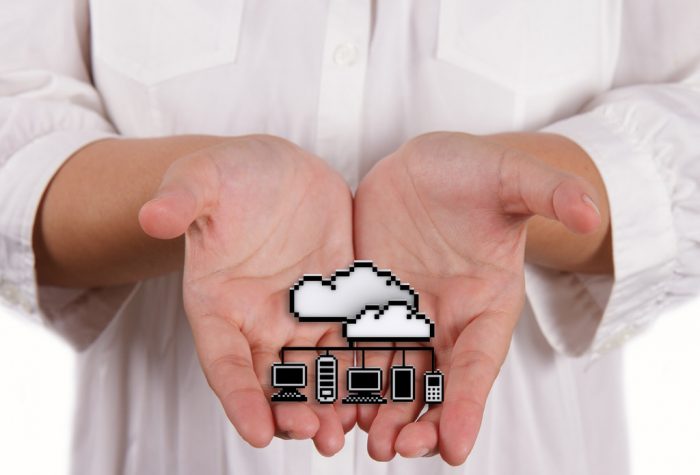 At the end of last year, edge computing was labeled the next big multi-million-dollar tech investment. With two of its most valuable features, a drastic improvement of the user experience and complete transparency to the consumer, predictions were made that 2017 would be the year of edge computing, or fog computing. Here we are halfway through the year, so what’s the latest?

With cloud computing already mainstream, the next logical step for enterprise infrastructure was to move computing closer to the source of data in the form of self-contained devices, which is why edge computing is taking a strong foothold. Also, by reducing the amount of data moving between the datacenter and public cloud, we’ve reduced strain on the system and shored up cybersecurity. Because current applications like connected cars, smart cities, and virtual, augmented, and mixed reality already rely on edge computing, major public cloud providers like Amazon and Microsoft are heavily invested, duking it out in the war of the IoT with edge computing.

Who’s Who in the War of IoT with Edge Computing

Amazon Web Service (AWS) is one of the most prominent IoT platforms, worth nearly $13 billion. Several factors put AWS IoT leaps and bounds ahead of competitors, in its infancy and recently with the announcement of their Snowball Edge. AWS takes a security-first approach, requiring connected devices to use an AWS method of verification as well as a traditional certificate. An additional layer of security is made possible through Cognito, an identity management service for mobile apps.

AWS IoT also provides users with protocol choice. Most of the other IoT platforms only support REST, whereas AWS “supports MQTT and HTTP 1.0 as its preferred protocols.” This design minimizes network bandwidth and device resource requirements, increasing speed and reducing AWS’s footprint. Unlike many of the other IoT platforms, AWS does not mix and match device communication with analytics. AWS focuses on connectivity and orchestration which allows developers to concentrate on connecting devices to the gateway and safeguarding messages that are flowing back and forth. This simply improves the user experience.

Neck-and-neck with Amazon in the edge computing battle is Microsoft. By adding new competences to its already existing platform, Microsoft is among the first companies to offer “end to end IoT capabilities, support(ing) emerging industrial use cases such as Edge Analytics and device management.” From Windows 10 IoT Core to Power BI, Microsoft now offers comprehensive IoT services to enterprises. Quick and easy creating, connecting, and customizing is made possible thanks to Microsoft’s IoT edge computing.

Customers can build highly customizable solutions using existing Microsoft templates which saves time and money. To simplify connecting devices to the cloud, “Microsoft IoT Central aims to make it easy for onboarding devices and to manage them in the cloud through a streamlined user experience and consolidated billing. Customers looking for deeper customization can use either Azure IoT Suite or consume an array of IoT services available in Azure.” The company’s recent announcement of additional services, such as edge computing, puts Microsoft in the forefront of bringing cloud-based IoT capabilities to enterprises.

Why Investment in Edge Computing Makes Sense for Progressive Businesses

It’s obvious big businesses, including two major public cloud providers, are readily investing in edge computing and progressing business with it. But why? In short: Technology is ever-changing and the cloud simply can’t keep up. A smart phone uses far less data and requires far less space on the cloud than a smart car. The latency issues surrounding self-driving cars and smart cities are far more significant than those involving a cell phone. Additionally, as the number of AI objects increase, the cloud’s bandwidth and speed capabilities decrease, making it necessary for each device to process and store its own data. This is where edge computing comes into play. Several key factors are pushing the cloud to edge, namely the necessity of speed and intelligence.

Key Factors Pushing Us to the Edge

Widespread implementation of AR/VR used to be reserved for experiences with gaming, but with industries like healthcare and automotive implementing this technology, cloud computing becomes more of a necessity than a plaything. Presently, the public cloud platform cannot offer the same seamless experience with AR/VR, which is why edge computing is necessary to take technology to the next generation.

Though not overwhelming in number just yet, connected cars are becoming more accessible to the average consumer. Major automotive companies are already using sensors and other diagnostic technology in their connected cars. However, the more connected and the smarter the vehicle, the more bandwidth and speed it needs, and this is something the cloud can’t currently offer. Edge computing provides these “data centers on wheels” diagnostics and predictive maintenance, turning connected vehicles into smart ones, all the while saving and bandwidth costs.

As the primary driving factor of edge computing, IoT benefits consumer and industry alike. Both Amazon’s Greengrass and Microsoft’s Azure IoT Edge are examples of early IoT implementation, and as was mentioned in the previous paragraph, converting connected devices into smart ones happens on the edge computing layer. IoT is responsible for the machine learning models that turn connected into intelligent. Similarly, smart cities will be dependent upon edge computing to stream the inundation of data that results from things like their smart hospitals, smart grids, and smart streetlamps. Streaming that amount of data to the local cloud would prove exceptionally expensive and messy. Smart cities may have several micro data centers to handle local data and intelligence, ensuring only the most pertinent information is sent and stored on the public cloud.

Companies are no longer questioning if edge computing will be the next big thing in the industry; it is a natural next step and investments from Amazon and Microsoft and major technology companies like IBM and Intel already bringing computing and processing back to the edge, are proving its potential. The discussion has moved away from can it be, to in what capacity edge computing can be implemented. In response to its widespread application, edge computing has begun an interesting debate on whether it will co-exist with the cloud, or if the cloud will slowly evaporate. While this remains to be seen, it’s already clear that next generation user experience will heavily rely on edge computing.