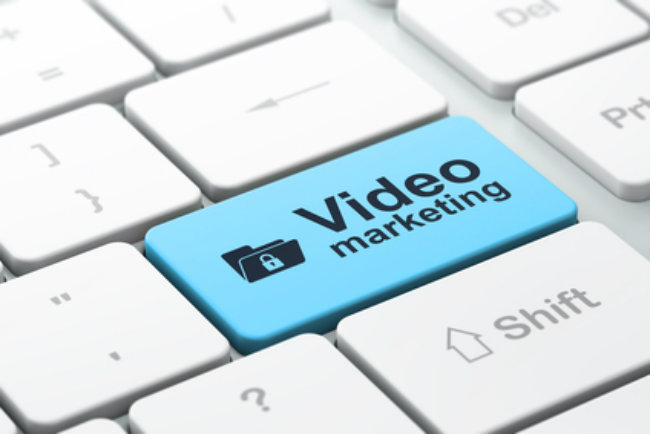 Video marketing is an integral addition to any digital marketing campaign. This comes as no surprise, considering that over 100 million people view online videos each day. As stated in an article we published on The Marketing Scope, video stats are booming, and are only poised to increase with every passing year. This year itself, online videos are predicted to make up 74 percent of online traffic. The average Internet user is exposed to about 32 videos per month and 75 percent of online video viewers interact with an online video ad per month. Considering this, it is no shock that a survey found that 84 percent of consumers said they’ve made a purchase after watching a video. These statistics clearly show that video marketing is an element that shouldn’t be overlooked. Here are six video marketing trends you should be aware of to run a successful digital marketing campaign:

One great video is all it takes to get people to pay attention. Adding this content into already existing email marketing tactics could potentially drive results in your favor. Consider that 79 percent of consumers who were surveyed in one study said they would rather watch a video about a product than read about it — thus adding an explanatory video into an email, on your website could likely hold more attention than simply written text. According to the 2017 Video in Business Benchmark Report explainer videos, described as “short videos that describe, or explain what a company does in a fun and engaging way,” were by far the most common types of video published. More and more marketers are inserting explainer videos into their email outreach, as well as displaying the same on their websites. A study found that 76 percent of businesses surveyed said video marketing of this nature increased website traffic, showing the effectiveness of this video trend.

Statistics have shown that over 80 percent of adults aged between 18 and 49 often use multiple devices at once. What does this mean for your 2017 video marketing strategy? Well, for one, you shouldn’t rely merely on one platform to reach your target audience. No matter the device of choice, today’s videos need to serve every type of user — from those on the move browsing videos on their smartphones, to those taking a Facebook break from work on their laptops. While it’s easy to assume that most video viewing is done on a smartphone or tablet, this isn’t always the case. Especially in the B2B space, contrary to our instincts, . If you are targeting a business sector, keep this in mind while producing video content. Rather than investing solely in mobile video content, continue to cater to the desktop user with features such as large screen and interactive video. They key is to invest in variety, making sure your video content is accessible and appropriate for any sort of device.

Storytelling has been around since the dawn of time, and has been used for a variety of purposes across generations. Now, the relationship between video and storytelling is mutually beneficial as video elements can add to a great story, and a story itself can enhance a video. Using the power of storytelling in video marketing is a great way to emotionally appeal to your audience, and connect them through a very direct and pointed experience. Weaving a story into a video also helps to explain challenging topics in an easy-to-understand manner. From educating people about products, tutorials on almost anything under the sun, to academic learning and corporate lessons, telling a story through video can serve any purpose. Take for example Metro’s video marketing campaign titled ‘Dumb ways to Die’. This campaign aimed at spreading the message of safety around trains, using emotional stories and comic animated video features to appeal to specific young demographic. Ultimately, it went viral and an online game was created for it. Thus, using stories is an effective way to connect with people, and paired with the multitude of options in terms of video creations, the possibilities are virtually endless.

Live Video Streaming played a vital role in the social media sphere last year. This was partly due to the widespread adoption of Facebook’s Live Video and subsequently Instagram’s Live Video Feature. Based on this trend, live streaming is set to have an even bigger impact this year. In fact, people currently spend 3 times more time watching a Facebook video that’s live compared to one that’s no longer live.  Live Streaming is unique in that it allows users to directly interact with you or your product, often giving them a “behind-the-scenes” look into your brand and forging a stronger personal connection. An added advantage is that live streaming doesn’t require a huge budget. For example, a simple webinar or interactive Q&A through Facebook’s Live Video Streaming will easily lead to a boost in engagement, without much added investment on your end. If you are interested in learning more about live video streaming, you can check out some of the information that my friend and colleague, Brian Fanzo, has on his website—iSocialFanz.

Temporary content acts as a great tool for providing quick updates, user surprises and increasing overall interaction. While it may not be the most effective use of resources for B2B marketing—B2C marketing has a lot to gain from temporary or disappearing content. The use of platforms such as Snapchat and now Instagram (with its new story feature) has grown dramatically over the years.in fact, as of mid-2016, Snapchat users were consuming a massive 10 billion videos per day. Temporary content is extremely popular is reaching millennial audiences, who are undoubtedly flicking through snap-stories on the regular. Advertising a special offer or a flash sale is just one example of how temporary videos can be uploaded to these platforms and provide an instant engagement boost. Similar to live streaming, temporary videos allow consumers to witness “a day in the life” of a particular product or process, giving them quick insight that disappears after a specificity time frame (saving your brand from having to invest in evergreen content to the same end). Additionally, you can use video ads on platforms like Snapchat and Instagram.  The average ad view on Snapchat lasts fewer than 3 seconds, meaning you don’t have to spend a lot on creating longer ads.

Due to Oculus Rift, HTC Vive and others, virtual reality is slowly but steadily gaining popularity. But even for users without high-priced VR gear, you can still provide an immersive experience in the form of 360-degree videos. You might not believe it, but 360-degree videos get real results in terms of video marketing. A split test that compared a regular video to a 360-degree video (both were posted on Facebook and promoted with the same ad) showed that the 360-degree video received 28.8 percent more views. Additionally, twice as many viewers watched the 360-degree video all the way through compared to the regular video. These videos can give a consumer a hands-on, live immersive experience, all from the comfort of their home, which could be miles away. Not just a meaningless trend, 360-degree video is the next big thing in video marketing and is set grow even more as new video-taking technologies develop. 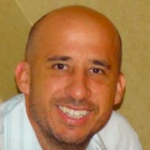 Eric Vidal is the Senior VP of Marketing & Principal at Broadsuite Media Group (BMG), a strategic partner of V3B and The Marketing Scope. Eric heads up the lead generation services for brands both large and small, and is a recognized leader in start-ups, marketing, content marketing, lead generation, advertising, tracking behavior, PR, messaging, social media, online events and web collaboration.