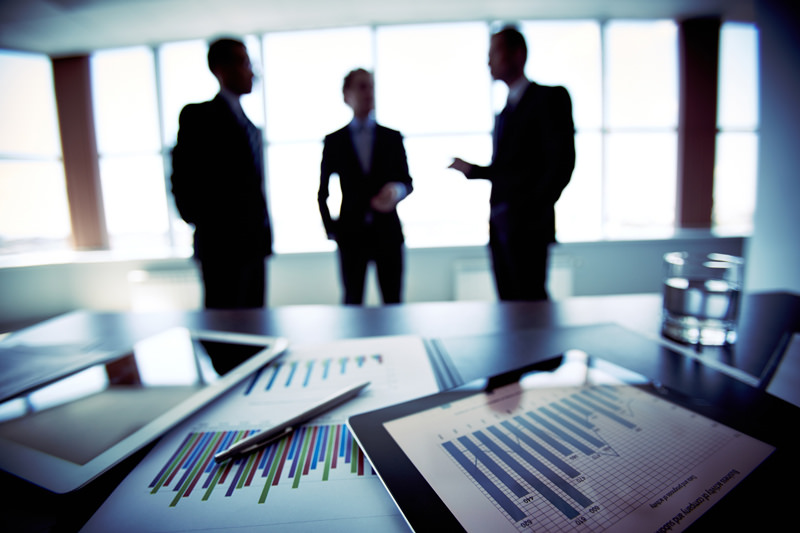 It wasn’t that long ago that the role of the Chief Information Officer (CIO) was largely technical, dealing mainly with the delivery and maintenance of IT equipment. With the advent of the digital age, the CIO is beginning to take on a very different, and exponentially more strategic role. This role places them squarely at the center of the boardroom with a mission to challenge, disrupt and, ultimately, transform their organization as they lead them towards a digital future.

The emergence of this new breed of “digital CIOs” is highlighted in the most recent annual CIO report from BT. The 2016 study, which questioned more than 1,000 senior IT decision makers from around the world, suggested that the fast moving pace of digital transformation is disrupting the traditional role of IT and leading the CIO to take a much more strategic leadership role.

Respondents to the study cited three main technology trends that are disrupting traditional thinking and driving change within large organizations: cloud, mobility and collaboration, and data. Digitalization and software-defined apps are also cited as having a disruptive effect, while the advent of the Internet of Things (IoT) is also now beginning to shake up the established order.

According to the study, however, it’s cloud technology that is recognized as a key competitive differentiator, with the increased agility that it offers to organizations. Smart CIOs have already recognized the potential for increased efficiencies and reduced costs that the cloud offers. As this graphic from the report shows, almost two-thirds of organizations say that they have completely, or predominately moved all apps and infrastructure to the cloud.

The inability of current infrastructure to cope with the rapid adoption of technologies is cited by almost two-thirds of organizations as creating pressure to move to cloud service options. The challenge for CIOs is to overcome security concerns, legacy issues, and budgetary and time constraints to keep digital expansion moving forward.

Kaveh Pourteymour, CIO of Seadrill commented in the report on why cloud services are important, and the role of the CIO in implementing them, “The business and our clients make cloud services an essential part of the IT value chain. The job of the CIO is to make sure these services are secure, integrated, and provide a flawless user experience.”

Increasing Influence of the CIO

The study also highlighted how the CIO is becoming a more central figure in the C-Suite, with almost three-quarters of respondents (72 percent) reporting increased influence, compared to just 59 percent two years ago.

As illustrated above, that increased influence comes with ever-higher expectations of what they can bring to the party, along with recognition that a more creative role is now expected.

That means that to be successful in their new and more strategic role, the digital CIO needs to develop a more innovative, creative, and agile role than they might previously have needed. When asked which skills are most critical for a digital CIO, there was a clear pattern of flexibility and acceptance of change in the responses:

According to the study, fully seventy percent of boardrooms now expect the CIO to be much more than an IT facilitator. They are looking for an innovator and creative disruptor who can drive the strategic application of technology.

“One Foot Firmly Trapped in the Server Room Door”

That quote from one respondent serves to illustrate that in the brave new world of the CIO, they can’t just walk away from past responsibilities. Almost two-thirds (61 percent) of senior IT professionals consider that the CIO still needs to spend more of their time on current systems, than searching for new solutions. Although that is a significant drop from the seventy four percent two years ago, it still goes to illustrate the combination of traditional and disruptive skills that the modern the CIO must have.

This is an issue that is confirmed in the latest CIO survey from Gartner. Their research found that almost forty percent of CIOs are on what they call a “bimodal” journey (defined as the practice of managing two separate, coherent modes of IT delivery, one focused on stability and the other on agility). According to Gartner, most of the remainder plan the same strategy over the next three years. Delaying the bimodal approach, they suggest could be one of the worst things a CIO could do. Food for thought indeed for any CIO who is resisting the digital winds of change.

Meeting the Challenges of Digital Transformation

Managing digital transformation presents some serious challenges for organizations and for CIOs. The BT research asked senior IT professionals what they see as the major obstacles. The top three challenges were perceived to be:

The measurement of success is also changing with different KPIs being used due to measure digital transformation as Debra Bailey, CIO at Nationwide Bank explained, “In IT, we will always measure component availability, operational efficiency and architectural reliability. But increasingly our KPIs are oriented firmly towards members’ and colleagues’ experience of service. That’s the only thing that really matters. That is what the whole organization cares about, and that my team is here to support.”

To meet those challenges, CIOs are apparently beginning to embrace something that has previously been seen as more of a problem for them. That is the loss of control that has been widely reported for the last few years, as IT procurement has gradually shifted to other parts of the organization. That feature isn’t changing, with the study suggesting that 80 percent of IT professionals (up from 76 percent two years ago) feel that they are losing control of the IT estate.

What is changing, however, is that concerns over this phenomenon appear to be receding. The study suggests that those in the IT function are more accepting of the inevitability of that trend, taking more of an enablement role that assures security levels and avoids duplication. In areas such as marketing, customer relationship management, R & D, and sales, many CIOs are now more likely to be tapping into the disruptiveness of other functions looking for new technology solutions, rather than fighting with them for control.

It’s in this respect, as well as other disruptive challenges, that CIOs feel that they have gaps in the key skills that their teams possess. The below graphic from the report shows that more than three-quarters of those surveyed have concerns across the board, and suggests that filling these gaps may be one of the biggest challenges faced by today’s CIOs.

The role of the digital CIO is fast becoming one of the most demanding in the executive suite. The most successful CIOs are those who are no longer resisting change and fighting for control, but embracing disruptive influences, empowering innovation, and collaborating to bridge the gap between business and technology.

Last word goes to David Heppenstall, CIO of DE Beers Group, who sums it up perfectly in this quote from the report, “Trying to keep complete control of anything digital will fail. All parts of the business have great ideas. It’s about building the right relationships and becoming their trusted advisor. Then they will come to you to plan and implement those great ideas. You’ve got to be open, agile and flexible.”

What do you think? There’s nothing here that surprises me—what about you? Do you see the role of the CIO evolving within your organization? What are the challenges CIOs face in this regard? Anything the report didn’t cover? I’d love to hear your thoughts.

All graphics are from the full report, which can be downloaded at The BT CIO Report 2016 – The Digital CIO (registration required).