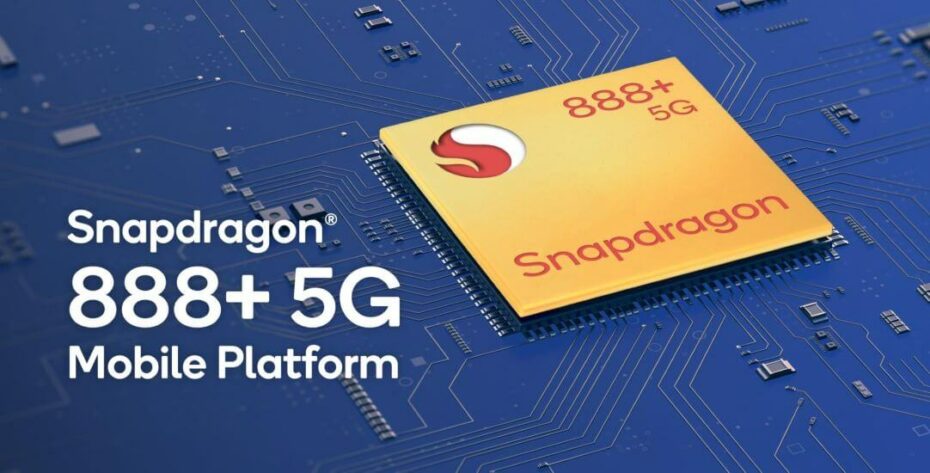 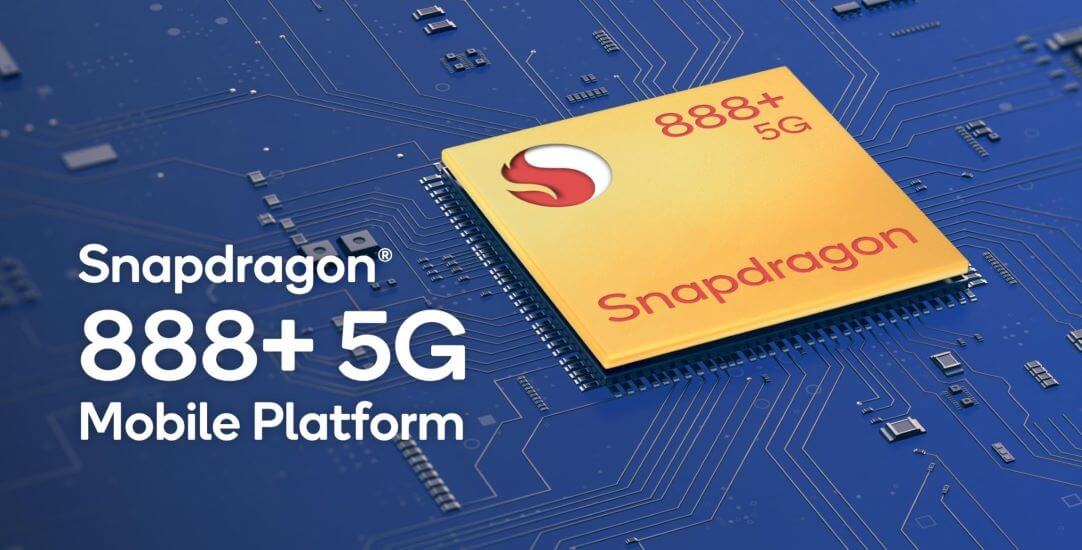 Analyst Take: Snapdragon 888+ is clearly a premium mobile platform that displays Qualcomm’s prowess and latest breakthroughs in processing and AI. The upgraded CPU runs at robust speeds which are ideal for entertainment and gaming experiences on mobile devices while working in concert with the upgraded AI for better connections. The 3rd gen Snapdragon™ X60 5G Modem-RF System supports virtually every 5G network for faster speeds wherever the end user is. This mobile platform will power the best mobile devices of the future.

Blowing Away the Competition 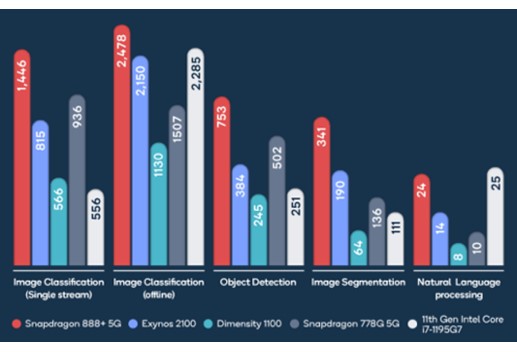 In the MLCommons benchmark, Snapdragon 888+ topped competitor like Exynos 2100 with significant margins in all categories. This has been commonplace for the company over the past several years, which is why Qualcomm is largely the partner of choice for almost every flagship phone on the planet, which is why I remain puzzled by Google’s decision to use anything else in its newest Pixel, but I digress.

I believe with these continued strong benchmark results, Qualcomm is further cementing its leadership in the top tier of mobile chipsets with the powerful features and advancements they’ve made with the 8 Series and the MLperf results showing its strong capabilities to support AI.

The strong benchmark results are also leading to an influx of devices that are partnering with Qualcomm on their current and emerging device launches. ASUS, Honor, Vivo, Xiaomi, Lenovo, and others have either announced or released phones that are powered by the Snapdragon 888+ processor. The Samsung Galaxy S21 series of devices as well as Samsung Galaxy Z will be powered by Snapdragon 888+. While the new Google Pixel 6 uses a Samsung processor that was used in the Galaxy S20. For users looking to get more out of their devices, upgrading to one of the devices that contains the Snapdragon chipset might not be a bad idea.

The 888+ isn’t the first Qualcomm device to show great results. Previous Snapdragon chipsets like Snapdragon 865 also topped the charts for MLCommons benchmarks so it’s no surprise that 888+ would continue the dominance. Qualcomm clearly sees the importance of AI in its next generation system development, and these results are a clear indicator that the investment in R&D is paying dividends. I expect that Qualcomm will continue to raise the bar with further advancements in hardware and software to push the boundaries on mobile AI—this will be further exemplified later this year when I expect Qualcomm to announce the next Snapdragon Platform at its upcoming Snapdragon Summit.