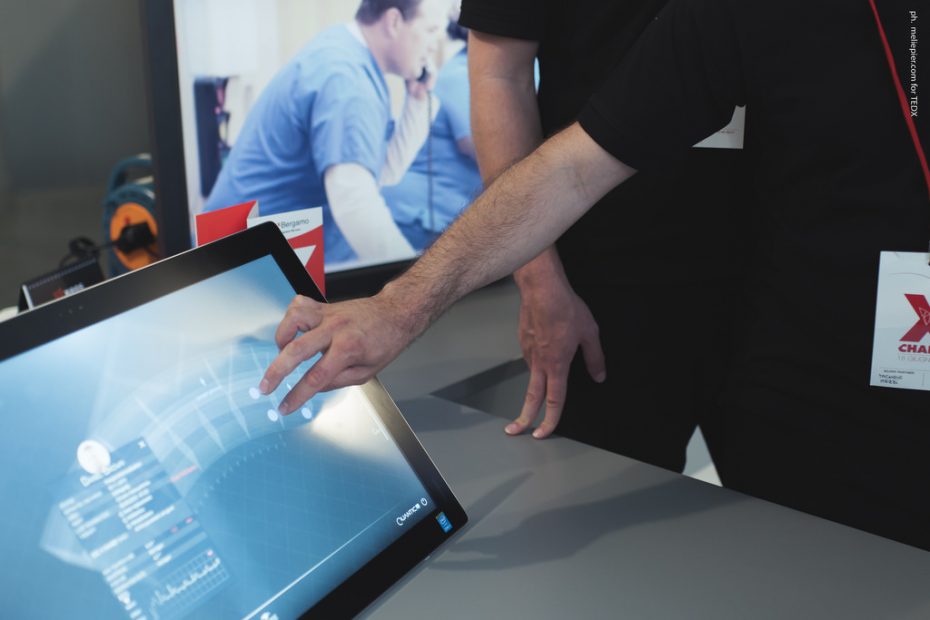 We’re living in a world where consumer environment shapes product development in a big way. Technology evolves rapidly and with each generation of devices, consumers want more. Customers have been clamoring for larger touch screens for a long time, and now it appears that their wait is coming to an end. In response to consumer demand, Dell is at the forefront by offering larger touch screens that perform better and faster.

Dell leads the charge in delivering better UI and UX with its XPS 18, which blurs the line between an all-in-one device and a portable tablet/desktop hybrid. In essence, this means that the XPS 18 is an all-in-one with a built-in battery that can detach from a stand that is included. Keep it docked and it’s a PC; take it off and it’s the tablet with 18-inch touch screen that consumers have been waiting for.

People have previously been constrained to the 10-inch screens found on tablets like the iPad, although they are admittedly easy to transport from place to place. But the smaller tablet screen lacks the UX and UI that some consumers crave. Gathering around a 10-inch screen to view family photos, for example, can kill some of the joy of the experience; additionally, larger screens offer easier access for consumers with poor eyesight or decreased fine motor control.

The XPS 18 has the right idea with its intuitive styling and its flexibility in going from tablet to PC. As hybrid systems like this flood the marketplace, users are expecting more from their touch-screen devices.

Dell’s latest creation, the Inspiron 17 7000 2-in1, finally offers consumers the computing power of a laptop with the seamless functionality of a tablet, albeit an oversized one. The all-aluminum design of this 17-inch hybrid also means it’s lightweight and easy to carry around.

Despite its sleek design and lightweight material, the Inspiron 17 doesn’t skimp on specs; it boasts sixth-generation Intel Core I series processors and USB-C connectors to work with all of your mobile devices.

As with any touch screen, there are four major factors that determine success: speed, accuracy, integration, and electromagnetic interference (EMI) immunity. Touch processors on larger screens require much more power than the average smart phone or tablet, as well as their smaller predecessors.

With the adoption of these hybrid machines, many tech experts wonder if other companies, like Apple, will follow suit in offering larger touch screen options. Techies are waiting to see who will mimic Dell’s example and what that will mean for customer engagement.

Apple is starting to delve into the world of the large touch screen with the release of its 12.9-inch iPad Pro. Though it lacks the size of a Dell hybrid, it claims to have the power of a laptop with the functionality of a tablet when used with its optional add-ons (a smart keyboard and Apple Pencil). The internal hardware puts it on par with desktop machines, most notably its ability to run software; it is powered by a 64-bit A9X chip with a built-in M9 motion coprocessor, making it exponentially more powerful than older iPad models.

Look to the Future

In the years to come, I see consumer demand for larger screens continuing to drive innovation. We’ll want large tablets that are accurate, responsive, and can truly replace our laptops and desktops. The Inspiron 17 is a much-needed step in that direction. My sense is that larger touch screens will enjoy widespread adoption as consumers realize their convenience and potential.