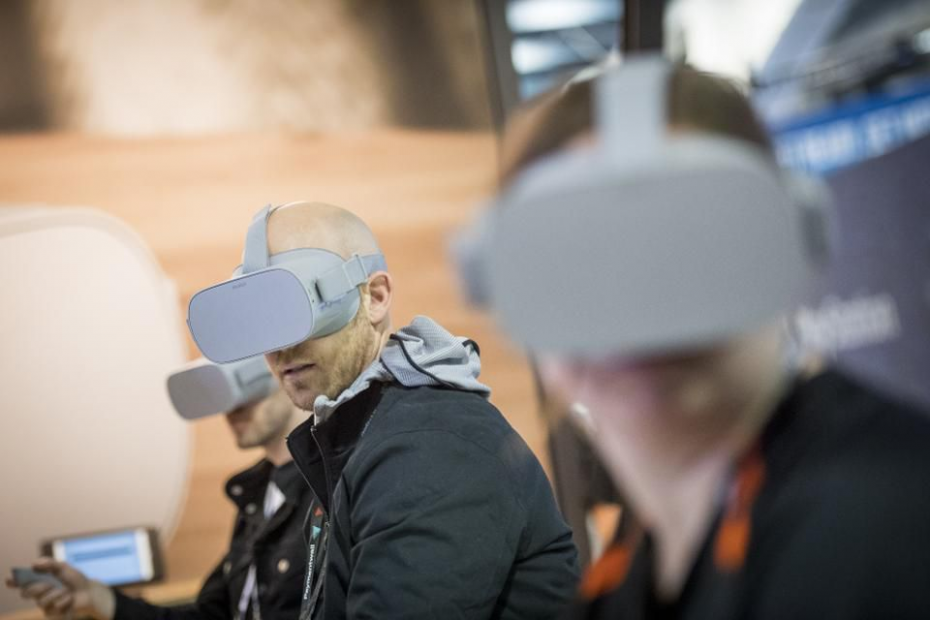 The world is buzzing from all the talk about augmented reality and virtual reality. Both have been trending at major consumer electronic shows this year. We are on the verge of seeing AR and VR change the way we live. Everything from how we shop to how we work will be different. However, we haven’t managed to push through to that capability just yet. Is it due to the lack of knowledge to get us there? No. It is the lack of total widespread adoption in the area where we need it most: AR and VR need 5G connectivity.

It is a widely understood fact that we cannot welcome AR and VR without 5G. The advancement was a hot topic at the Mobile World Congress 2018 event where companies such as Intel, Sprint, and T-Mobile announced their 5G plans for 2018. With 30 plus cities to see 5G capabilities built this year, we are well on our way.

Why do AR and VR need 5G so much? Pokemon Go was a success and it was only on a 4G network. And several companies have made VR advancements. Which is all true, but we haven’t seen widespread adoption just yet. I firmly believe 5G connectivity will open the floodgates of mass adoption, finally allowing us to use VR and AR to its full capacity. Let’s talk more about 5G and why it is critical for this goal.

For example, the CEO of Skyworks, Liam Griffin, put this speed into perspective by stating, “With 3G, it took about a day to download an HD movie. LTE networks, available now, slashed the time to minutes. A 5G network would reduce the wait time to seconds.” Seconds? You heard that correctly.

With this speed, latency will disappear or be reduced to immeasurable amounts. Can you imagine? AR and VR depend on decreased latency to run efficiently. The user experience will be amazing with a reduced lag time. With a better UX comes more opportunity. Telemedicine, virtual training environments for business and more will be the result.

If VR and AR gain traction, we will see it on our mobile devices, our vehicles, our PCs and more. However, for this to happen, the connection quality must be increased. Currently, our 4G networks provide thousands of connections for each cell, yet they still cannot meet the needs of everything mobile has to offer – especially for the future. Think about all the devices that are connected to your wifi network at home. I have tons! According to Huawei, “A 5G network provides up to a million connections per square kilometer. This will bring an exponential increase in the number of connections.”

Millions and billions of connections are needed for new tech such as smart wearable technology, smarter logistics for product movement and a higher level of intelligence for agriculture. Put simply, more devices on the network will create a need for more connections – something that we cannot do with 4G.

As stated before, 5G will usher in millions of new devices that will change the quality of life for millions of users. However, the network connection must be strong enough to handle all the new traffic. According to Qualcomm, 5G can offer a 100X improvement in traffic capacity compared to 4G connectivity. In order for businesses and individuals to take full advantage of VR and AR every single day, this increase is critical. A network that is overloaded with traffic will create latency that VR and AR simply cannot compete with.

If one thing is certain, it is this: the wider the band, the faster you can go. Screens and the equipment required to run AR and VR need 5G speeds and bandwidth — something 4G does not offer. According to Spectrum, 5G could usher in millimeter waves to solve the bandwidth issue. “One way to get around that problem (lack of bandwidth) is to simply transmit signals on a whole new swath of the spectrum, one that’s never been used for mobile service before.

That’s why providers are experimenting with broadcasting on millimeter waves, which use higher frequencies than the radio waves that have long been used for mobile phones.”

This new form of broadcasting uses frequencies of 30 to 300 GHz compared to bands below 6 GHz like in the past. Increased bandwidth will be required to ensure connections are not lost and speed remains at a high level for the best VR and AR screen quality. It cannot be done without 5G.

The push of 5G will make VR and AR a reality for the world. It is required for screen and equipment quality, increased traffic capacity, improved connection speeds and for latency to be almost nonexistent. For mass adoption, AR and VR need 5G to be adopted first.

This article was originally published on Forbes.