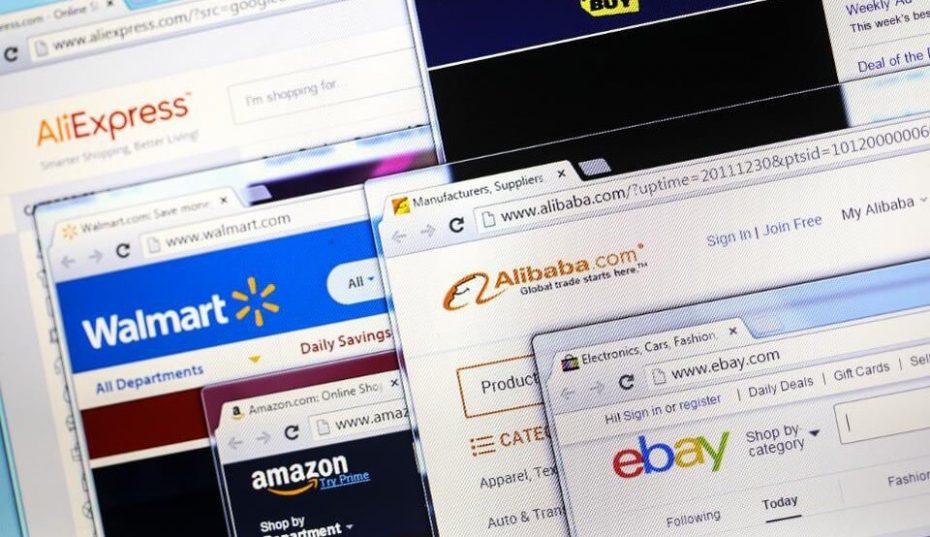 If one thing is for certain, it’s that there is a dominant figure in the e-commerce world. I bet your mind instantly went to Amazon—and for good reason. They have 300 million active users, bring in billions of online revenue each year, and hold 49.1 percent of the US e-commerce market share. They are the literal definition of a tech giant. And they keep growing well beyond the e-commerce space. But hold on Amazon, your quest for global domination won’t come without a fight. In China, the Amazon equivalent, Alibaba is ready for a battle both in the e-commerce space and out.

So in this tech company showdown, who will win? Alibaba vs. Amazon gets top billing for me in things to pay attention to in the next few years. Let me explain why it should be on your radar too.

Not sure who Alibaba is? Don’t worry, you’re definitely not alone—at least if you’re in the US. Alibaba is China’s biggest online commerce company. Although it is only domestic, China has 618 million internet users which is obviously less than half of their population so there’s room for growth. Using their reach, Alibaba does their work through three websites: Taobao, Tmal and Alibaba.com.

Taobao is a large shopping site and Tmall specializes in selling branded goods, focused on growing the middle-class. And Alibaba.com connects Chinese exporters with companies elsewhere in the world. Owning stakes in many different industries and businesses, Alibaba is a force to be reckoned with.

Alibaba vs. Amazon Round 1: State of Growth and Health

Alibaba is healthy and growing strong. In fact, Alibaba brought in a recorded net income of 9.6 billion in the fiscal year ending in March 2018. Alibaba brings in 552 million active shoppers, a staggering lead over Amazon. Alibaba’s share of the Chinese e-commerce market is a whopping 60 percent and growing steadily over time. So, on pure numbers alone, this round goes to Alibaba.

Alibaba vs. Amazon Round 2: Data, Innovation, and Customer Experience

Although their revenue and active shopper count is something to be proud of, Alibaba is best known for their innovation—the main reason why they might stand a chance in the fight against Amazon. Alibaba has built the world’s fastest cloud-based streaming processing platform, an innovation that Amazon currently lacks. With this platform, the company is quick to scale and manages staggering amounts of data and transactions otherwise impossible.

In 2016, during Alibaba’s Singles Day sale, the company’s platform processed 175,000 transactions a second or 10 million orders per minute. Each transaction was still kept safe and secure, although the number was out of this world. Alibaba’s servers currently store 1,000 petabytes of data, a number unheard of anywhere else.

With this data, Alibaba is able to offer personalization, an extreme level of customer service and a remarkable customer experience. The company is also constantly innovating in the field of machine learning, deep learning and neural networks, all of which make product launches take mere days to complete. From an AI chatbot to smart investments lead by AI-enabled learning, Alibaba’s innovations are currently unmatched.

Off-line, Alibaba is currently developing what they call the “digital shelf price tag” which uses e-ink to wirelessly connect to a physical store’s data system. Merchants are able to change prices quickly and according to demand. They can also track inventory and view sales trends, opening up a world of opportunities for life outside of e-commerce.

Round 2 goes to Alibaba too? Could this actually be a knockout? Not quite.

Alibaba vs. Amazon Round 3: A Fight for the Ages

Put simply, Alibaba’s innovations are more disruptive and impressive than Amazon. However, both companies are seeing steady growth that is unheard of in the realm of e-commerce. Amazon’s stock price has more than doubled over the last year and Alibaba’s remains flat. Although a trade-war might be to blame for Alibaba’s stagnant stock, Amazon has taken advantage of the market an passed the $2,000 level with a market cap of over 1 trillion.

Even still, Alibaba continues to grow at 60 percent and has margins in the double digits. Amazon, on the other hand, grows at 40 percent and has to work hard to achieve margins of 5 percent. It seems that where one mogul fails, the other picks up the slack.

According to CBInsights, Alibaba has made two times more minority investments outside of the US or China than Amazon. However, Amazon has acquired far more companies not in the US or China than Alibaba. And while Amazon is focused on globalizing its branded Marketplace, Alibaba is expanding its logistics network around the world. It seems that both Amazon and Alibaba understand what’s at stake here and are working to take control of the billions that are up for grabs. I’m split on who wins this round so I’ll leave that up for you to decide.

Who Wins in the Long Run?

When it comes to e-commerce, Amazon currently has Alibaba beat for international reach. However, Alibaba’s innovations outside of the e-commerce world are far greater than Amazon’s innovations. As technologies such as AI and machine learning take off and intensify, we could see those corporations who are poised for it, such as Alibaba, take the lead. Only time will tell who wins the race.